The patio has become an integral part of a home, more so after the pandemic with the conscious realization for open spaces have a positive psychological impact on our thought processes. While it may be just another part of a home, patio designs are anything but average. As we are aware while getting our homes designed for comfort, the patio ideas is much more than only a space for leisure. These spaces are increasingly becoming multi-utility spaces that need as much attention as the interior spaces do. In spaces where there is no dedicated patio space, some extended areas might play the same role as the patio does, depending on space availability and natural light source. This blog explores various ways in which a patio could be built, used, styled, and remodeled.

Our clients, established in Dubai, considers this house as their vacation home, where they can unwind and relax. Abundant ventilation is a salient feature, characterized by circular vents throughout the design, making it an identity of the residence.

The conceptual start was to place the central courtyard as the ‘soul’ of the house which ties the rest of the house. The car porch and sit-out area have a distinct piece of landscape inserted with an elegant backdrop of jali and terracotta tiles carefully placed. The guest living is isolated from the rest of the house with large windows, giving an expansive view of the courtyard. The passage that runs around the courtyard gives privacy as well as filter the light and wind passing through the jali screens.

3. Longing for the Raw Luxury and Sensorial Harmony with this Contemporary Rustic Design | Earthitects

The ‘Earthitects’ signature design style finds its infinite expression in this unique piece of craftsmanship that portrays understated elegance. Each piece with its distinct personality elevates the beauty of teak wood in its original form combined with a cane, weaved by local artisans.

The house has two entrances, one a formal entry through the entrance porch and the second an entrance from the car park through the mud room. The formal entry leads to the double-height vestibule which connects to the main corridor of the house. The corridor acts as the main spine connecting all three levels through a staircase. The length of the corridor is broken by a sunken courtyard at the basement level also creating a light well for the staircase, the corridor and the living and the gym.

An immediate approach to designing a large home in the hot semi-arid Bhavnagar weather for a joint family of Rajputs where the traditional customs of privacy still impact day-to-day lives would be to build an inward-looking courtyard house. We reinterpreted this idea of a central courtyard with a modern idiom which would be an exemplar of fusion between the traditional and modern values of architecture, and lifestyle and at the same time keeping in mind the realities of the local climate.

Most of the rooms have high ceilings so we used bamboo matting and stunning chandeliers to highlight it. We also used hardwood floors to add warmth to the rooms. Classic chesterfield sofas were teamed with a dramatic wicker day bed and coffee tables to create a welcoming drawing-room.

The house layout is planned in a way that one can feel it is within the chiku abode with minimum damage to the existing treasure. We have planned in a way that minimum trees would be damaged. Here in this house, we have tried to play with the metal tubes as a structural system along with exposed brickwork.

Designed By: Dipen Gada and Associates

The earth provides thermal insulation, reducing energy consumption as well. And to add a fun element, like patterns seen in layered sand art, different natural oxides are used to create layered fluid patterns in the large monolith. The girls’ stone and shell collections, were also added to the walls to preserve their fond memories.

The owners wanted a house that was airy and with all the bedrooms which would overlook their backyard garden and yet address privacy and security concerns. With this primary brief, we first started mapping the existing trees on-site, some of which were mango trees, and developed layouts that would retain and weave these trees. The layout also explored the archetypal Indian courtyard house which would then seamlessly blend into their internal spaces.

The courtyard was placed in the core of the house, with few enclosures. This was modified to enhance the natural illumination the indoors by increasing the perforations.

The villa has a touch of tropical experience to ideate as a place for rejuvenation and relaxation. The idea was to feel connected to the outdoors and create a living within a garden typology.

12. ‘Kalrav’ Is An Open Avian Haven To Experience Amidst The Dense Wilderness | VPA

The site is located near Thol lake, Ahmedabad, situated next to an existing weekend home. Initially, this place was a flat land with few trees on the periphery. The owner was fond of birds and had various exotic bird species from different parts of the world.

The private residence is designed to flow with how the family functions in their routine life, breaking down to a simple formula _ Private v/s Public. Hence the arrangement has been divided into two wings connected by the circulation making it an H-shape layout, one wing being the guest wing (public) and the second wing being the family Wing (private) with gathering spaces flanked by courtyards on both sides which set up dramatic views of the immediate greenery throughout the house.

The thought behind the conceptualizing of the house goes back to the love of the organic farming of the client. The love that we share with the client of collecting antiques led us to develop a house that could accommodate their interests and also let the house evolve organically over time instead of creating rigidly defined spaces.

15. A Modern Villa With Cantilever Slabs And Glass Facades | VPA

As soon as you enter the plot, you witness the vastness of space around. The gate leads you to the parking on one side and a vast open space with greens and water bodies adjacent to the main entrance door of the house. The user experiences a refreshing view while entering the house.

The site has linear proportions with an existing neem tree on the western part, and the house layout exploits this linearity of the site through a unique organization of three layers of open spaces, the front garden, the central courtyard, and the backyard. Essentially the spaces are around the central open courtyard that lets the natural light and ventilation within the spaces and connects the spaces to the natural elements. The central court is open-ended on the north and is a contemporary interpretation of the traditional enclosed courtyard of Indian dwellings.

The architectural studio Charged Voids was inspired by the architecture of Le Corbusier and built a house in Chandigarh with a link to the Assembly Palace.

Evocative of the simple, open structures of times past, yet possessed of modernity of spirit perfectly in keeping with contemporary life. The house conflates, rather than juxtaposes indoor mad outdoor spaces in perfect harmony.

A modern, yet tropical home set in a lush coconut plantation is the 5600 sq.ft new home for Mr. Vachan Shetty and Mrs Rashmi Shetty. The house is reminiscent of “Guthu mane”, a traditional Mangalorean House, though with a modern twist.

The foreground of the building is covered with a well-landscaped lawn and the entire building with all its attributes can be directly seen from the road. The landscape design has resulted in openness that helps retain the privacy of the occupants as well. 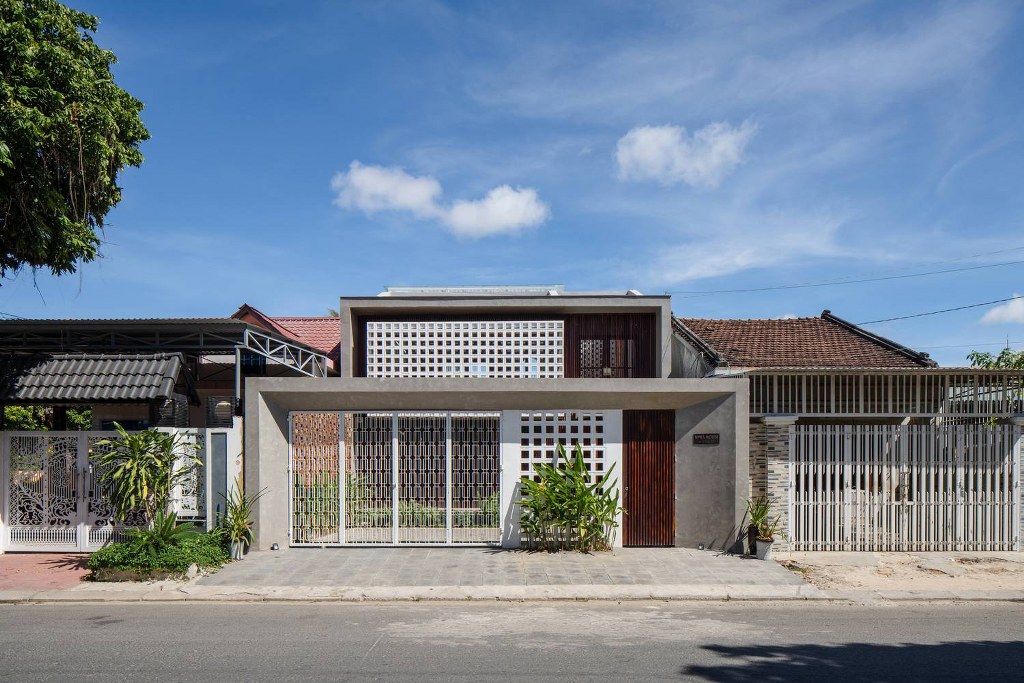 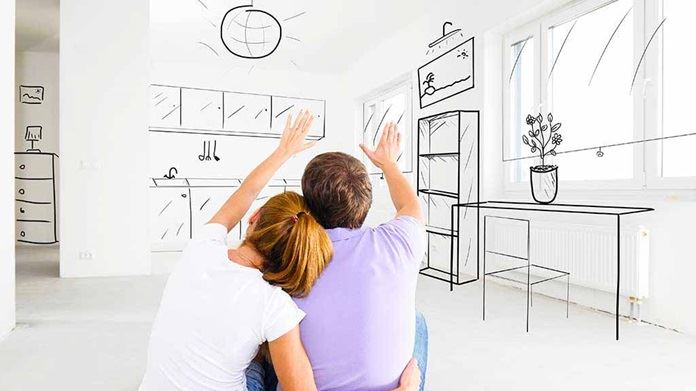 8 Home Products that Can Make our Life Better 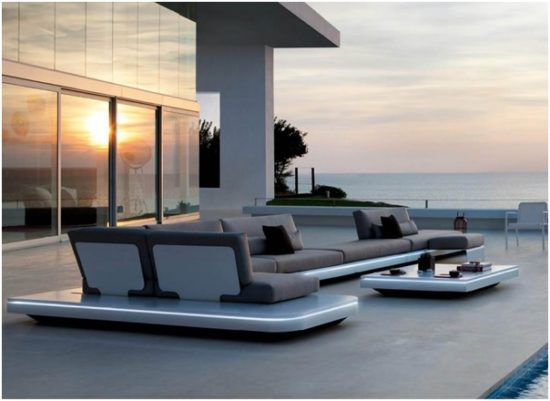 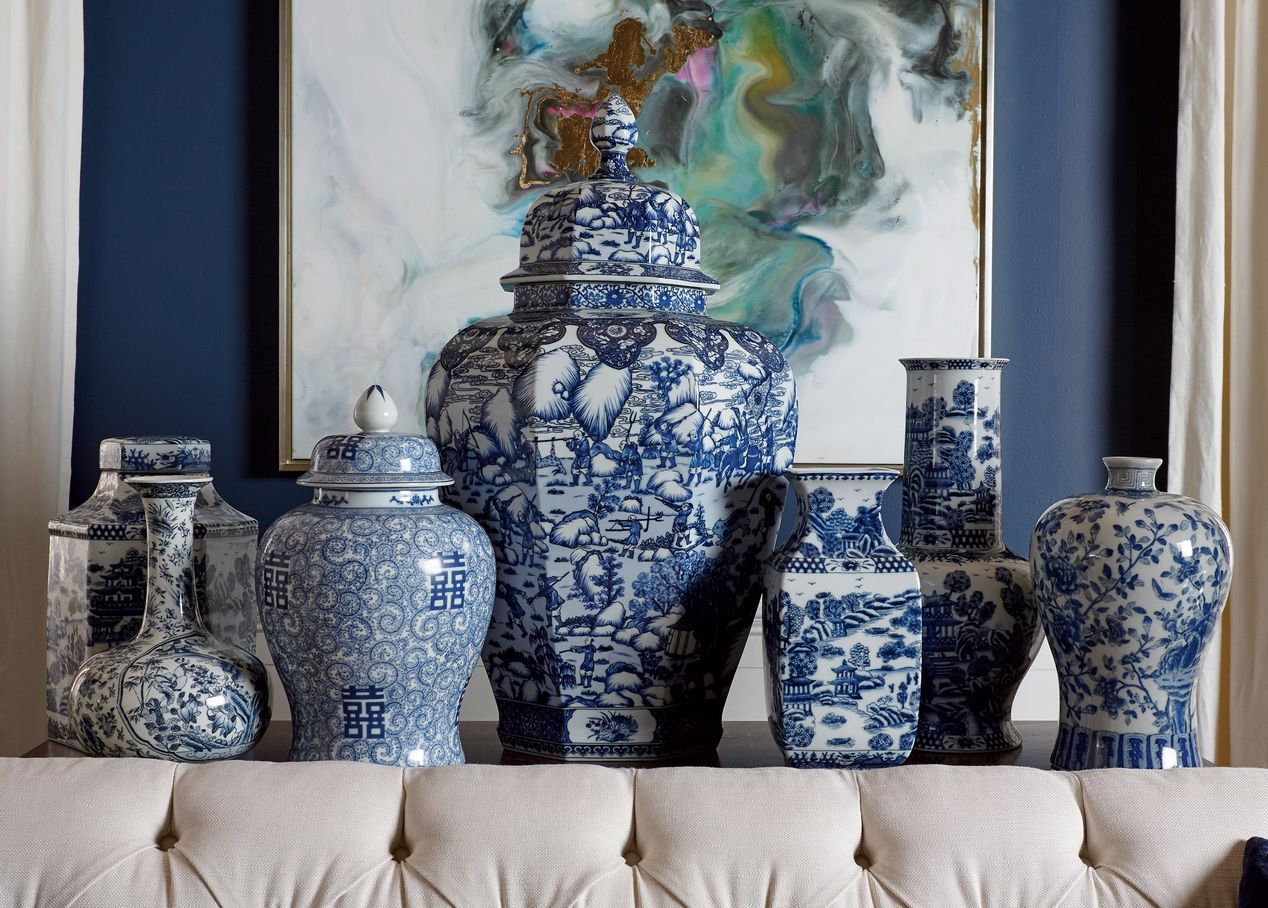 Temple Jars for That Touch of Old World Charm 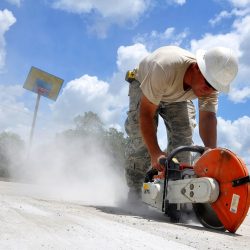 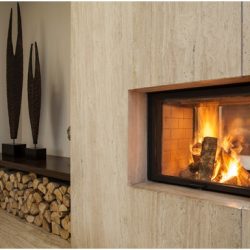 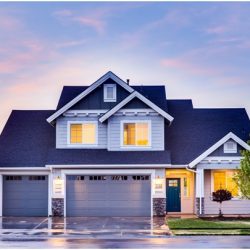 Real estate investment mistakes that you must avoid 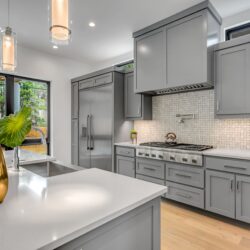 Advantages of Kitchenettes Over Kitchens 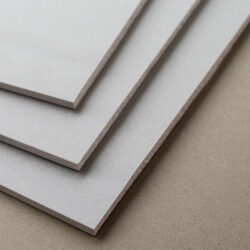