The owners wanted a house that was airy and with all the bedrooms which would overlook their backyard garden and yet address privacy and security concerns. With this primary brief, we first started mapping the existing trees on-site, some of which were mango trees and developed layouts that would retain and weave these trees. The layout also explored the archetypal Indian courtyard house which would then seamlessly blend into their internal spaces.

The essence of this house is its openness, the boundaries between inside and outside gradually blurring and creating a dynamic dialogue with nature. The central bay comprises three courtyards, the inner court, the outer court, and the third court which is an extension of the dining area and has an existing mango tree.


This series of courtyards allows the house to be inside out. The front bay is a single floor, while the mass at the upper level gets built upon the rear bay allowing a depth of form from the front entry court.

The inner and outer courtyard is the soul of the house and the layout is organized around these. Introducing these dual courtyards which segregate the front and rear bay was a challenging aspect of this layout due to security and climatic concerns.

The inner court which is an archetypal Indian space and where living, dining, and formal drawing opens, had to address issues of security, rains, and dust. This security and privacy concern is addressed through wood screens that complement exposed RCC.

Apart from this, we introduced wood operable louvers which can be shut and opened during different times of the day. The outer court where the entry vestibule, the work studio, and verandah opens, is kept open to the sky but has sliding wood screens on the garden side which can be shut at night for security purposes while the wood screen allows a breeze into these spaces.

The lower common spaces have glass windows to connect with the outdoors while the bedrooms have wood louvers and wood panels to increase privacy and also insulate these rooms from the intense heat from the west side.

The house is a frame structure having concrete columns and walls. The principal materials used in the structure were concrete, mild steel columns, while the brick wall was used internally for partition.

The house uses fixed and operable glass and wood door windows. The internal flooring is an all-natural mirror Kota stone while the outdoor areas have leather finished Kota stone and granite. There is a spiral stair adjoining the living area which leads to the three bedrooms and lounge space above.

The entire house is intended as a flow of spaces, having modulating light and changing vistas. Starting with the entry porch of the house, this is east facing and one enters into a vestibule through the central part of the front bay. The vestibule opens into the outer court and has a working studio and puja area on its right side.

At the southwest corner is a guest bedroom overlooking the garden. The northwest part of the house which can be accessed from the vestibule and crossing the open outer court is the verandah, a gym, and spa room. While one moves through the vestibule and semi-open passage, one senses the expanse, flow of spaces, the light filtering into the courtyards and the sky above.

Finally, there is the semi-open verandah which is between the outer court and rear garden and extension of the living space. This place can be used at any time of the day and year and where the family can gather and or where an individual can just be with one’s own self. The design layout and the executed house are accomplished through interactive sessions with the owner, designers, consultants, and contractors and the final outcome is a team effort of all.

Project: Inside Out House 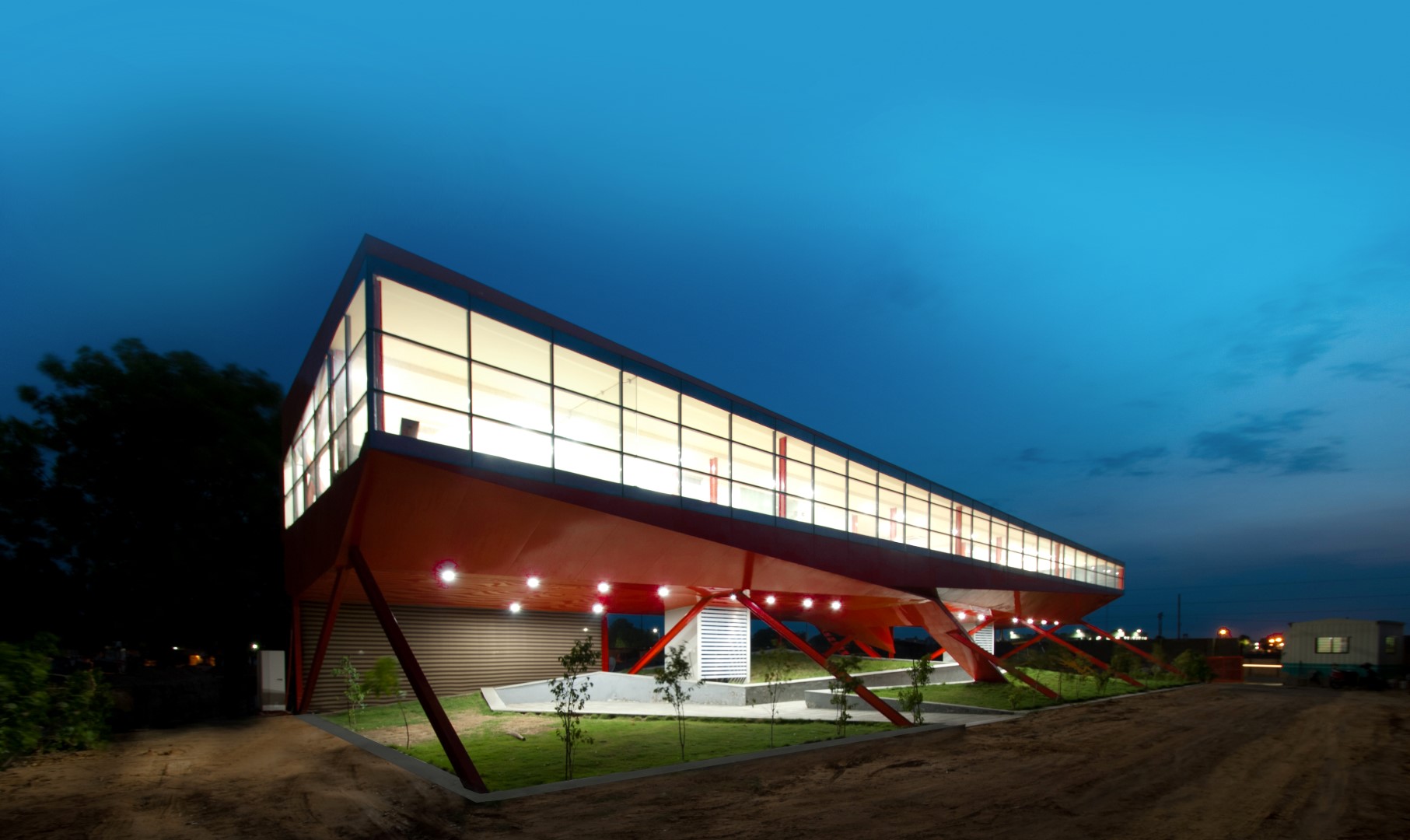 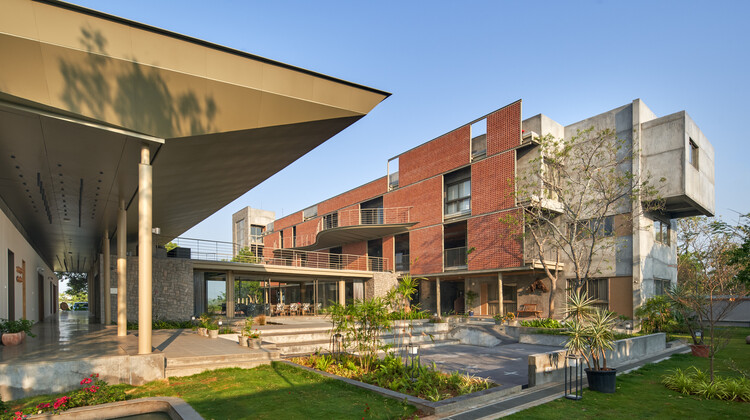 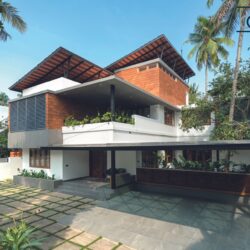 Open Plan of Residence Born Out of Adjacency to The Sea, Coupled With the Humid Climatic Conditions of The Region | The Design Room 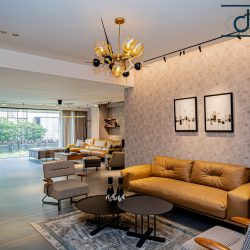 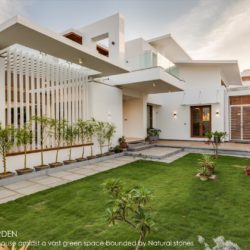 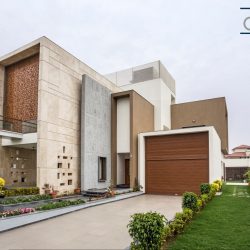