The project is a part of a business hotel which has been redesigned by the firm as a repositioning exercise. The strategy was to create a new identity to the already popular restaurant though interior architecture making it a new destination dining in the city to spur the business of the hotel.

The brief called for a highly flexible layout with higher efficiency on floor, though it meant cutting down the seating capacity. 8 pax and 6 pax tables were taken out in favour of 4 pax and 2 pax seating with could be joined create desired groups easily, with the linear lay out. A vibrant waiting lounge is carved out from the restaurant space, showcases the happenings on Modern Restaurant Displaying Black and White Interior Design.

Then design derives its strength from the innovative architectural lighting. The minimalist design gets transformed by the custom designed lights which create an undulating topography and magical lighting quality to the space. Collaborative designed the series lights along the exterior wall named as ‘Thousand Moons’ which lends an unmistakable character to the façade. Lalita did all the architectural as well as the menu graphics for the project. 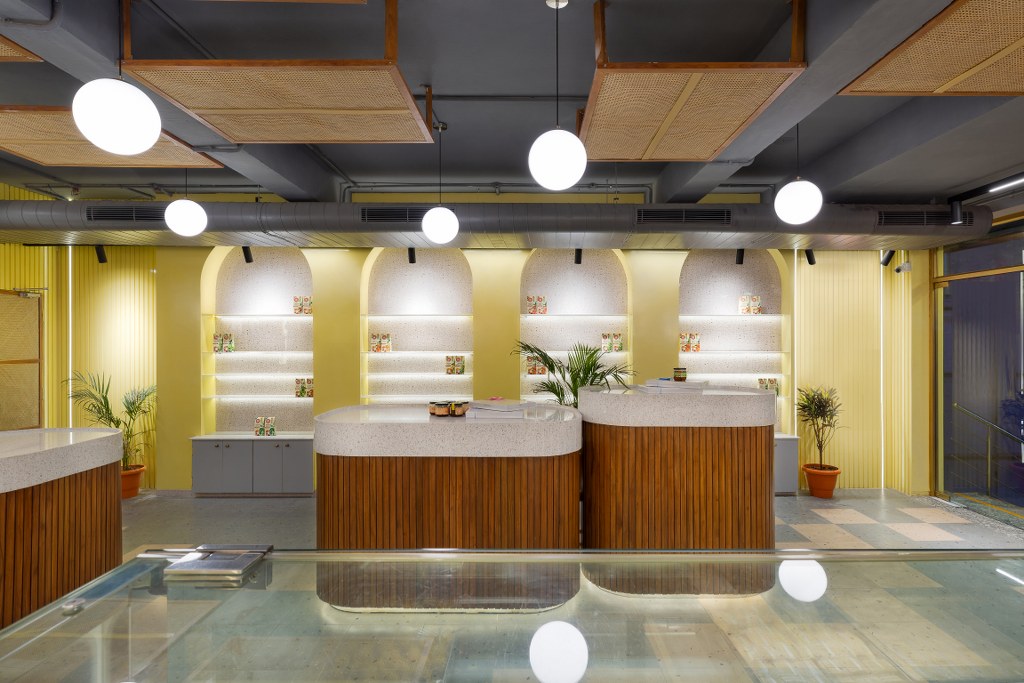 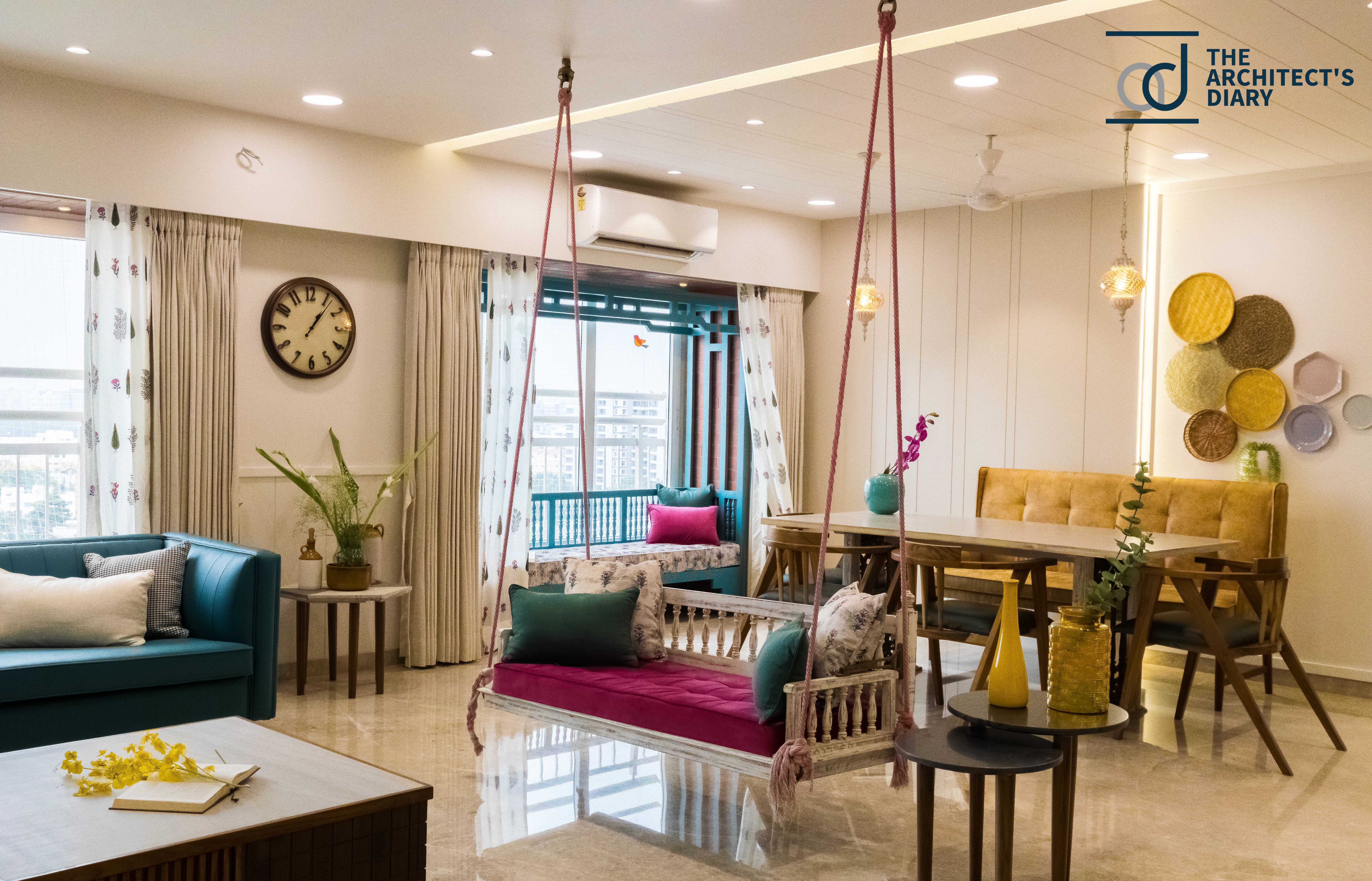 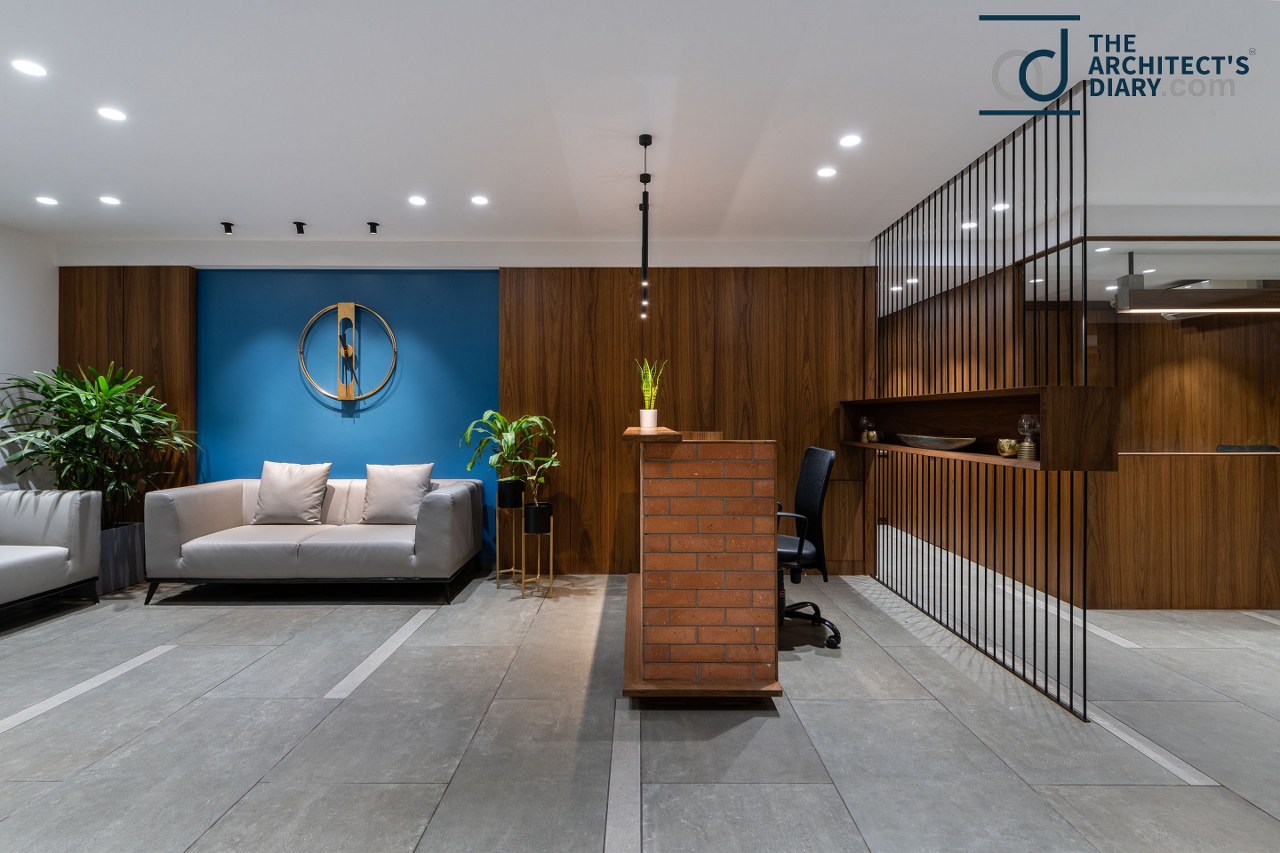 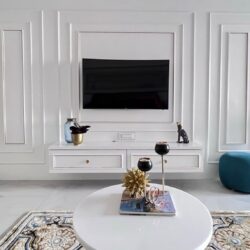 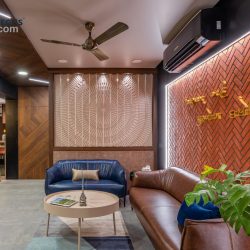 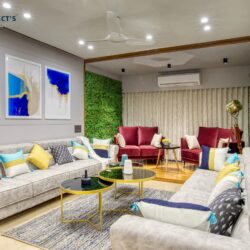 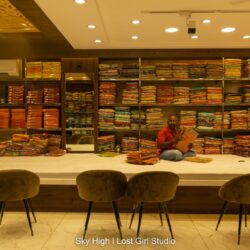 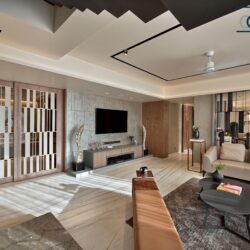