Minimal Ornamentation in this Spacious and Serene Penthouse | Marigold Interiors

Located away from the hustle and bustle of the city, this penthouse serves as a space for tranquillity. The clients having stayed in a bungalow, were used to the spaciousness. Hence the idea was to provide clear circulation spaces that break the movement in the least possible way.

The team played with the colours of teakwood, white and grey creating a combined sense of warmth and calmness. Ornamentation was kept minimal- that included the lighting which was primarily indirect and continuous air circulation which maintained the serenity of the house.


One of the major challenges faced while designing this house were the bathrooms. Because the building was designed by german architects Blocher partners, they had a very specific style of doing plumbing work which restricted us from changing the plumbing points according to our requirement.

The area given for bathrooms also wasn’t big enough, hence glass sliders were given majorly to divide the spaces without making the area look small and maintaining the sleekness at the same time. Similarly, because of the requirement to give more openness, the areas between the dining, kitchen and living were also partitioned using the german technology 9 ft tall glass sliders so the vision would not be blocked and the prominent smell from cooking could be obstructed.

The staircase is highlighted as one of the main features of the living room by giving it a very sleek look and using glass for railing, hence maintaining the visual connectivity towards the dining. The use of glass as partition between the rooms also maximised the natural light that the house had to offer.

With the concept of designing the house in a traditionalized modern way, we went for a natural palette for the flooring by choosing kota stone in the size of 4×4 ft which is a rare size thereby bringing a uniqueness to it. To prevent the dullness from appearing, we gave river finish to the stone which went together beautifully with the entire rustic theme of the house.

The otherwise simple material palette of Kota stone and wood is accentuated by self made textured walls. The bedrooms were also given traditional touch by doing wicker work on the wardrobes and table in the guest bedroom. The Master bedroom had a European concept which was again balanced out by the use of handles from the traditional houses of Jodhpur onto the wardrobe shutters.

To add to the uniqueness of the house, instead of doing the typical wooden panelling, we designed the panelling by using irregular sized and thickness handmade cut stones from the mines which weighed of 1600kgs. There was an Ac grill on the flyash wall hence the wall wasn’t connected to the slab which made it structurally impossible to rely the load of the stones on it. For that an entire MS structure was created where ply was used in between and on that the stones were fixed through a very high bonding adhesive.

So, this house has a very traditionalized modern touch to it where the furniture and other elements are highlighted strongly because of the subtle use of colours on the flooring and walls. 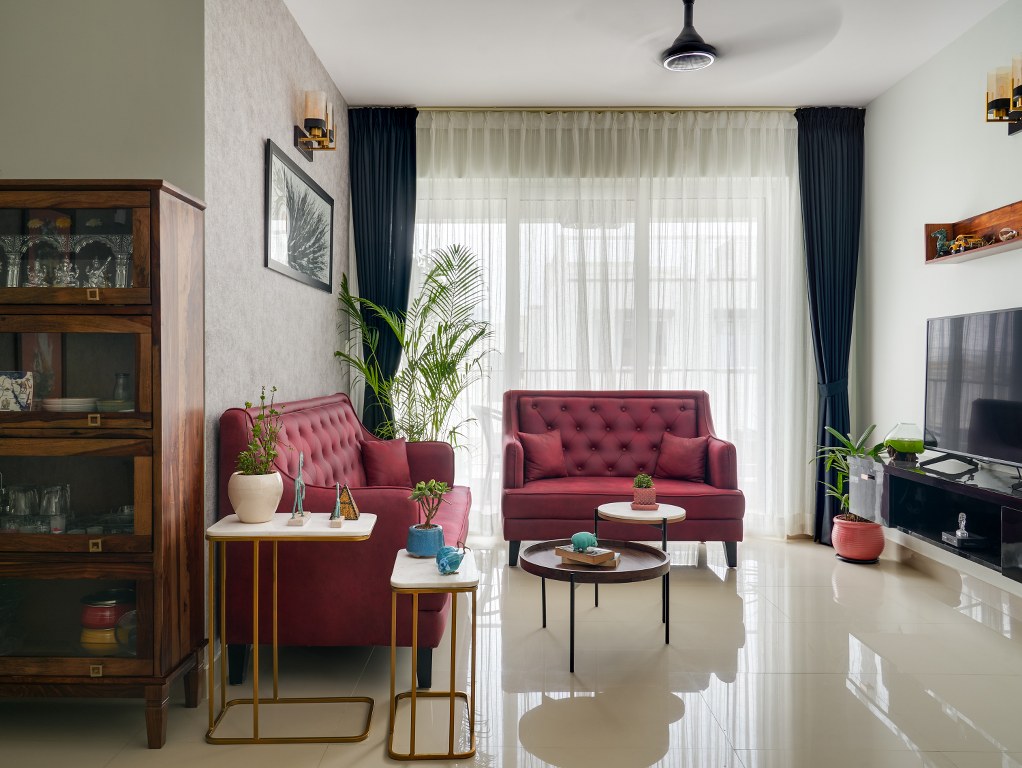 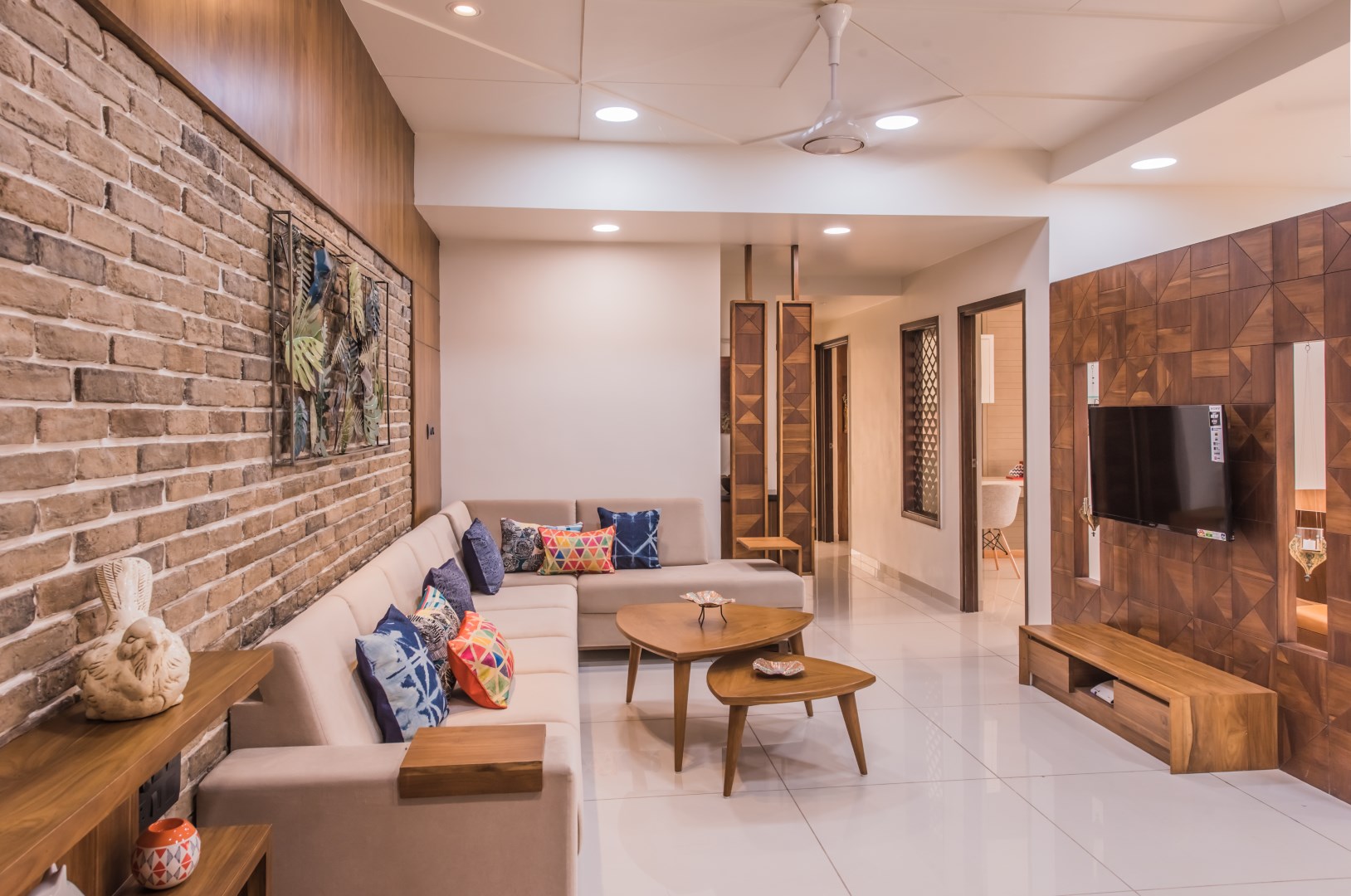 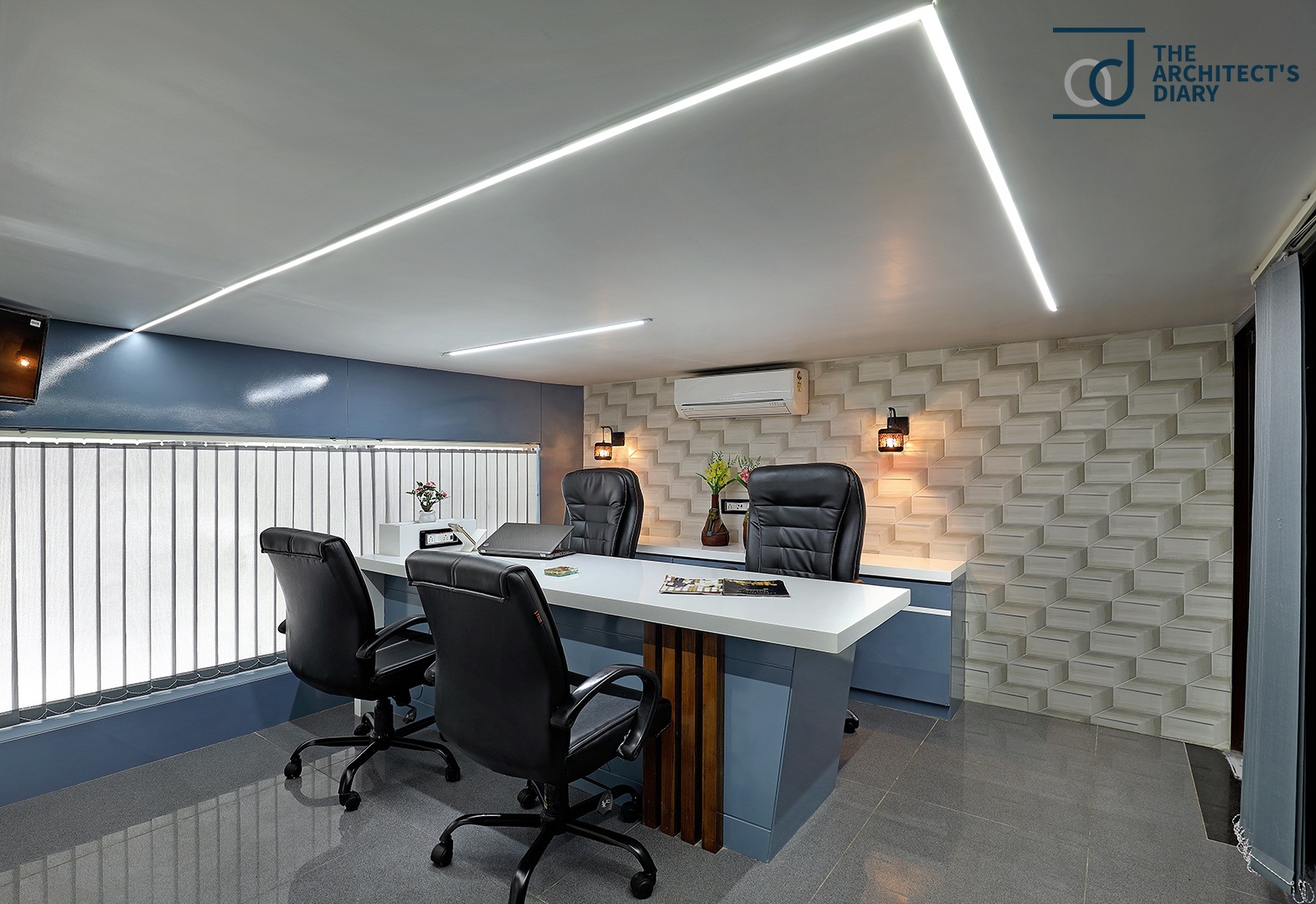 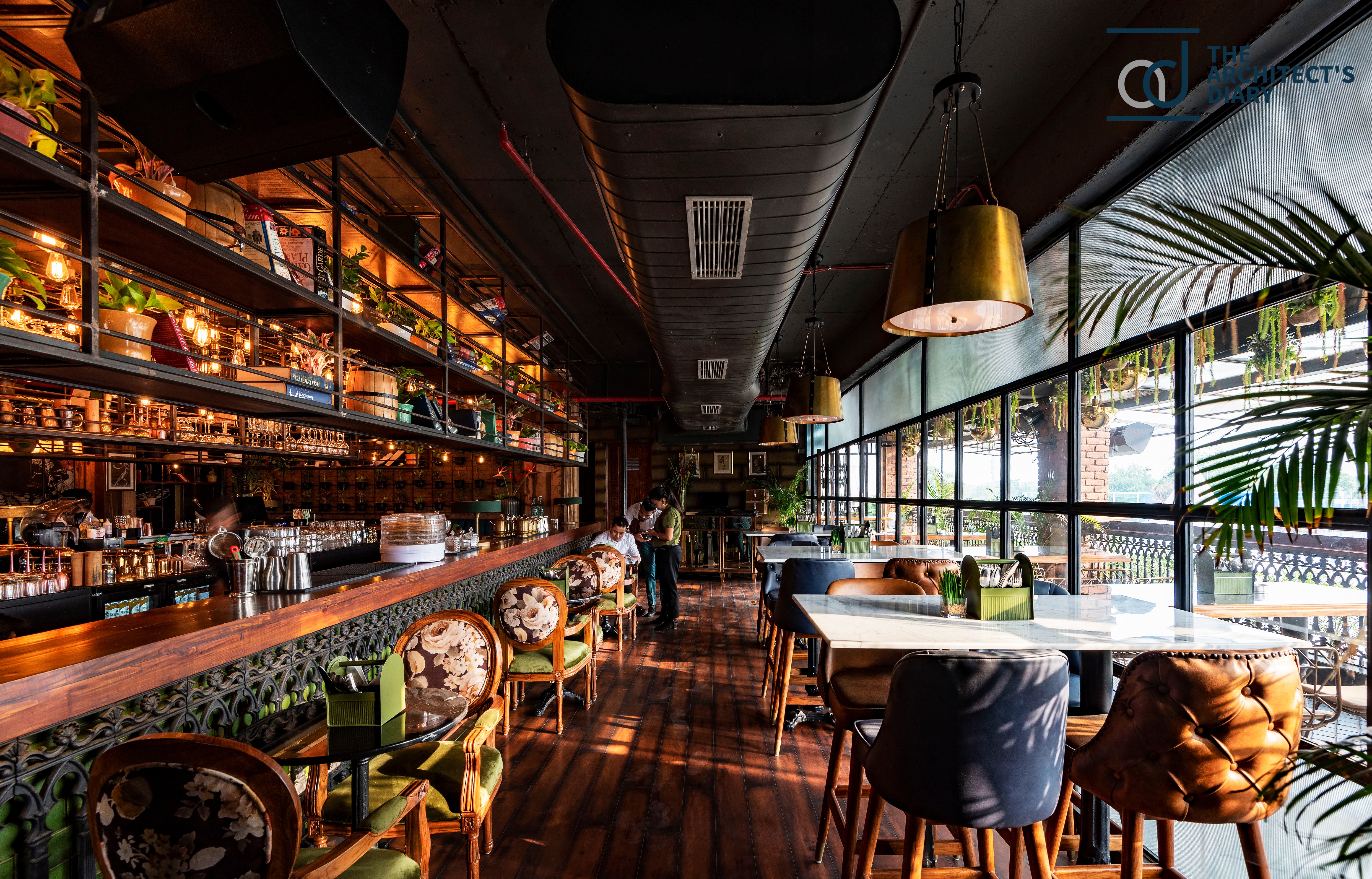 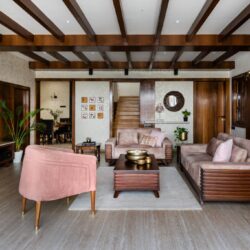 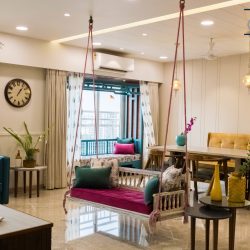 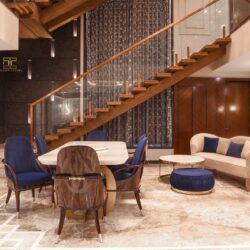 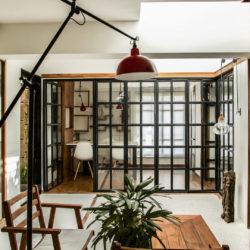 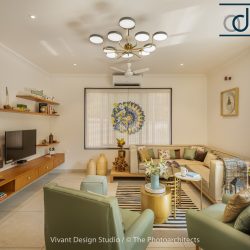