From the architect. When approached with two choices one: to design a new home in a vacant plot and to realize the aspirations of the client through a brand new, fresh, home; two: to renovate an existing house and make it meet the requirements put forward by the client and of course making him happy about it; to choose the latter one would be tagged mundane by many. 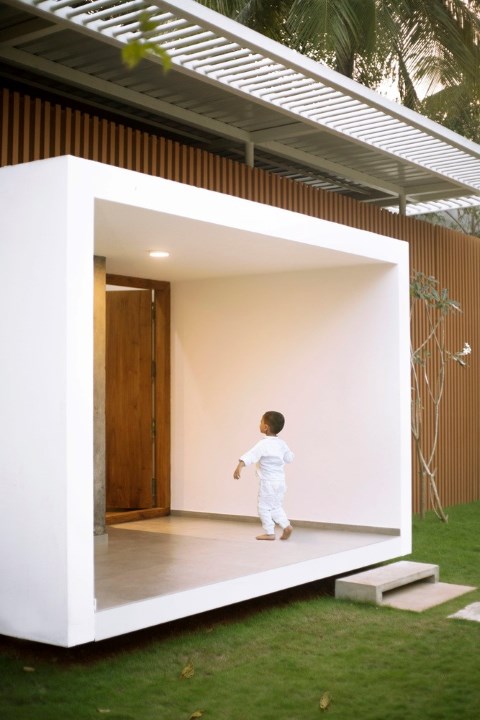 On hearing the requirements from the client that he wants small home for his family of three (himself a teacher, his wife and a two year old son), which also ‘looks small’, simple but elegant with no ornamental detailing, no massive form but modest by all means, to go with choice number one was too obvious given that the second option presented the architects with a house to be renovated with almost nothing that strikes a chord with the client’s idea of a home. 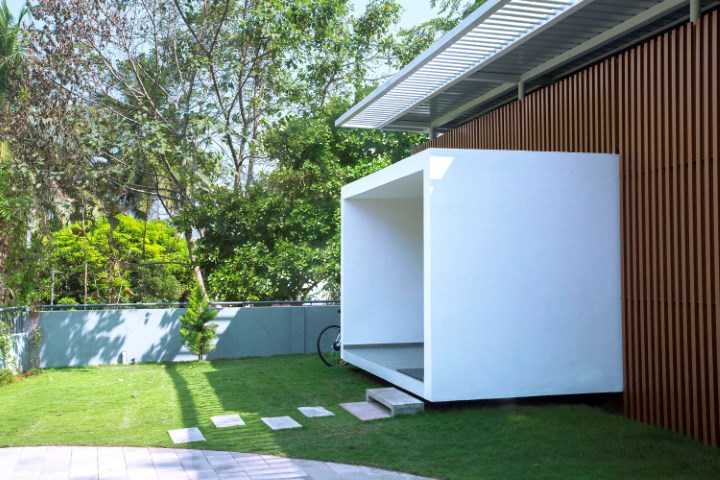 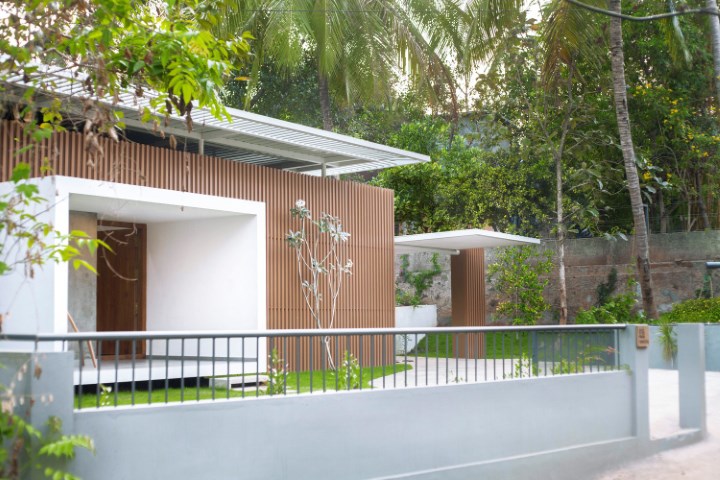 The belief that unconventional choices sometimes make remarkable outcomes, or in other words ‘thinking out of the box ‘ may ultimately bring you content and satisfaction, led to the making or rather ‘reinvention’ of this home. The journey was not a jolly ride when you are trapped in the maze of space, of the old home; to get rid of this ghost of the past seemed quite difficult. 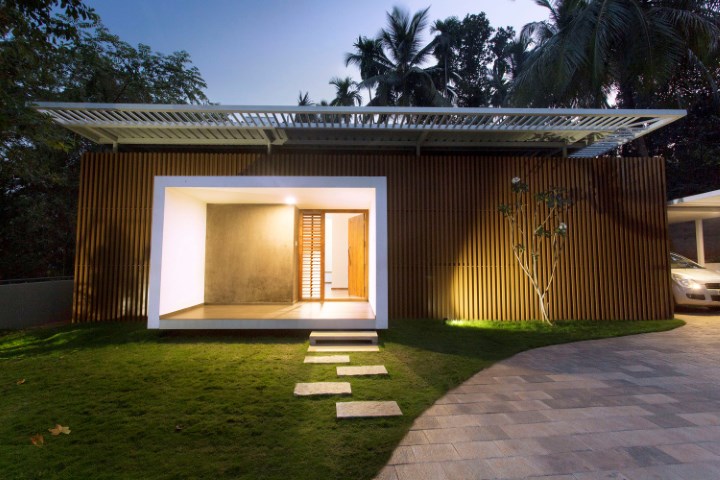 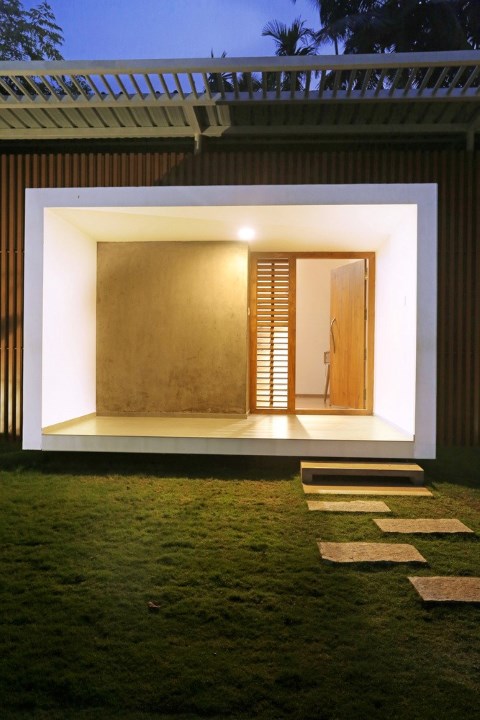 The challenge was to redefine the interior spaces with more fluidity, openness and the exterior with utmost simplicity with no or minimum indication of what is inside out of a structure which was completely contrary to the idea. The thought that architecture does not always need to be new or the materials and even the spaces could be ‘reused’ with careful analysis of the context and bringing a sustainable output by solving the constraints. Constraints here involved spaces that were not a match for the client requirements and were to an extent aesthetically unappealing. The sustainability lies in the reuse of materials, the thermal comfort attained and the overall energy efficiency. 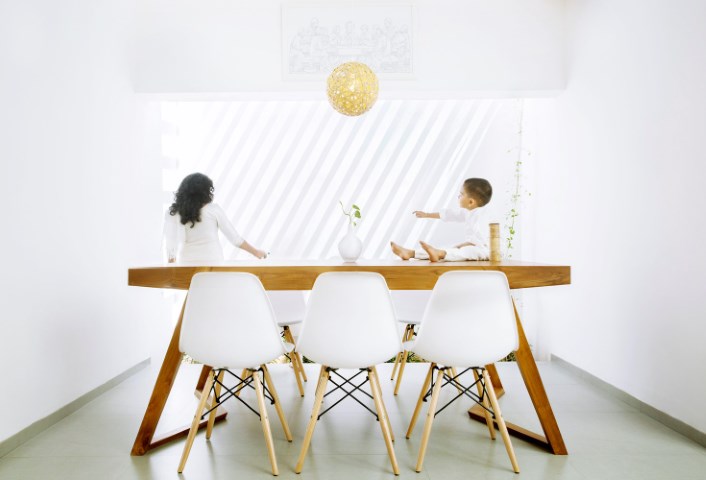 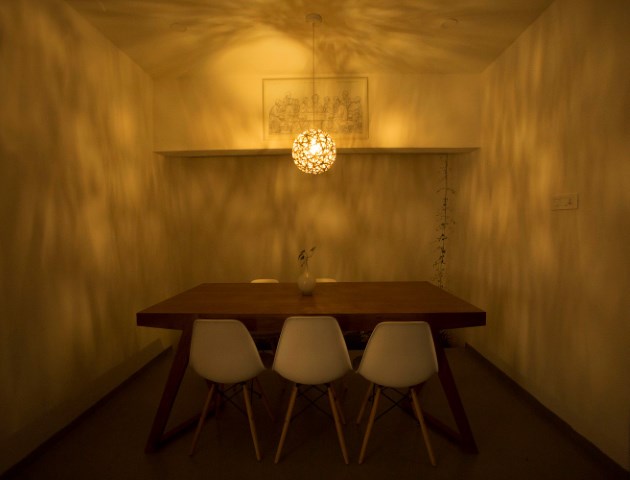 The home
The requirement was for a simple and a graceful home for a small family. The site brought its own challenges, being a small one; there was no provision for an elaborate front yard and was located on the side of a narrow road in a residential area. Thus breaking the verticality was crucial. The emphasis on horizontal lines and thus camouflaging the height with the site was brought by the addition of a car porch to the right and giving no openings in the form of windows in the façade other than the entrance with a sit – out space giving the minimal idea of what lies inside. The rest of the façade remains faithful to the idea of horizontality with a screen of equally spaced metal pipes. 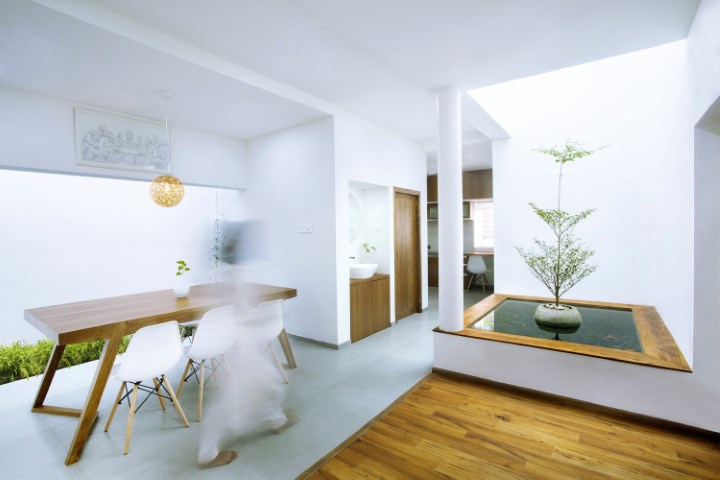 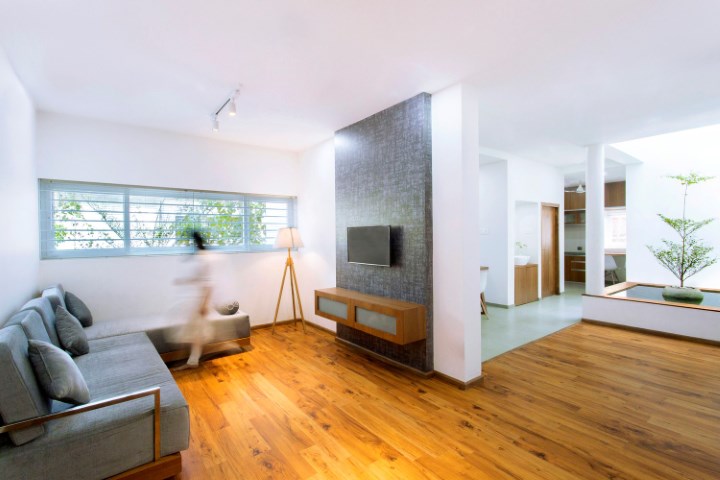 The interior spaces have been reinvented with the sophistication involved in getting rid of a maze of space, which included: getting rid of unwanted walls, bringing in natural light and ventilation and thereby making it energy efficient. The inclusion of a ‘light- well’ and one more by the side of the dining does the key role along with the double layered roof in enhancing the thermal comfort of the home. The interiors remain well lit and ventilated even without many numbers of windows opening to the elevations. 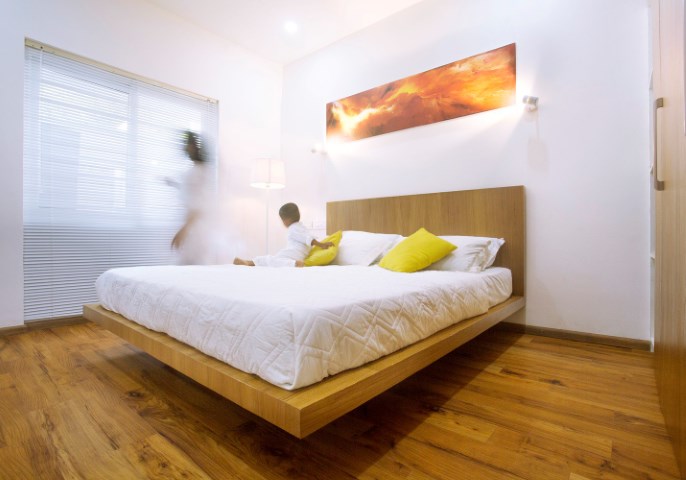 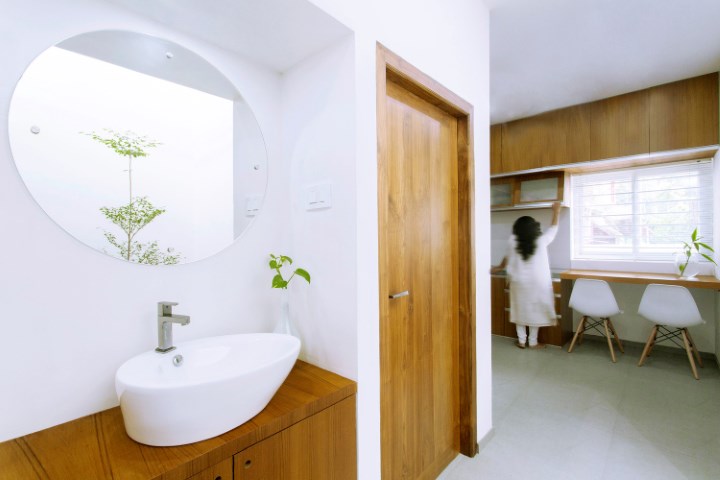 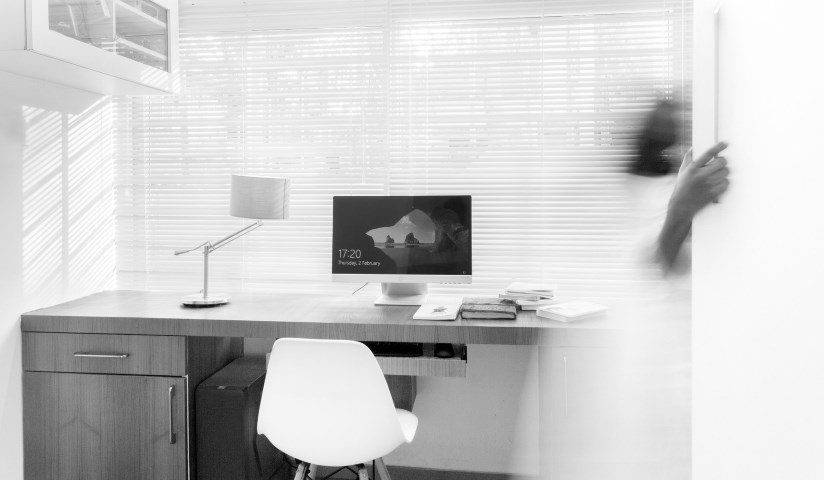 Prelude
The driving force behind the project had always been the thought that architecture need not be ‘brand new’ and ‘big’ but can be the simplest possible solution for the given requirement. Of course, ‘architecture of happiness’ or ‘happiness through architecture’ lies with the unanimity of the design with the client’s hopes and aspirations. 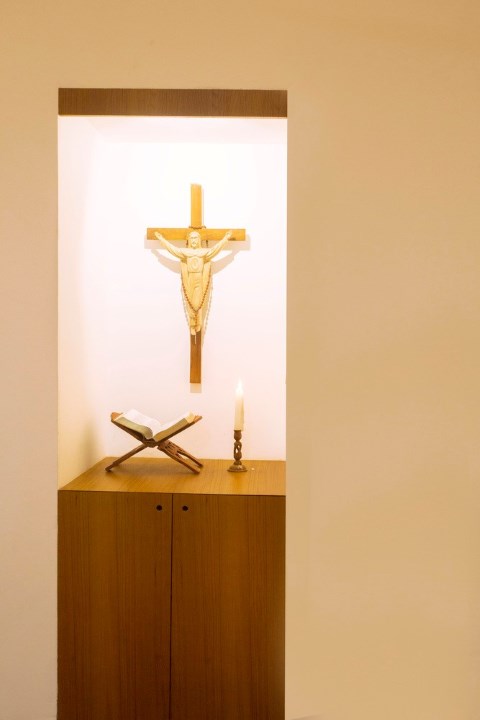 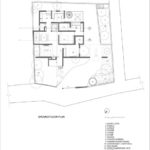 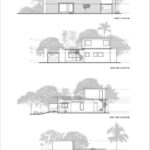 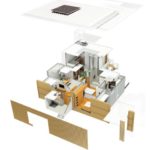 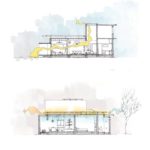 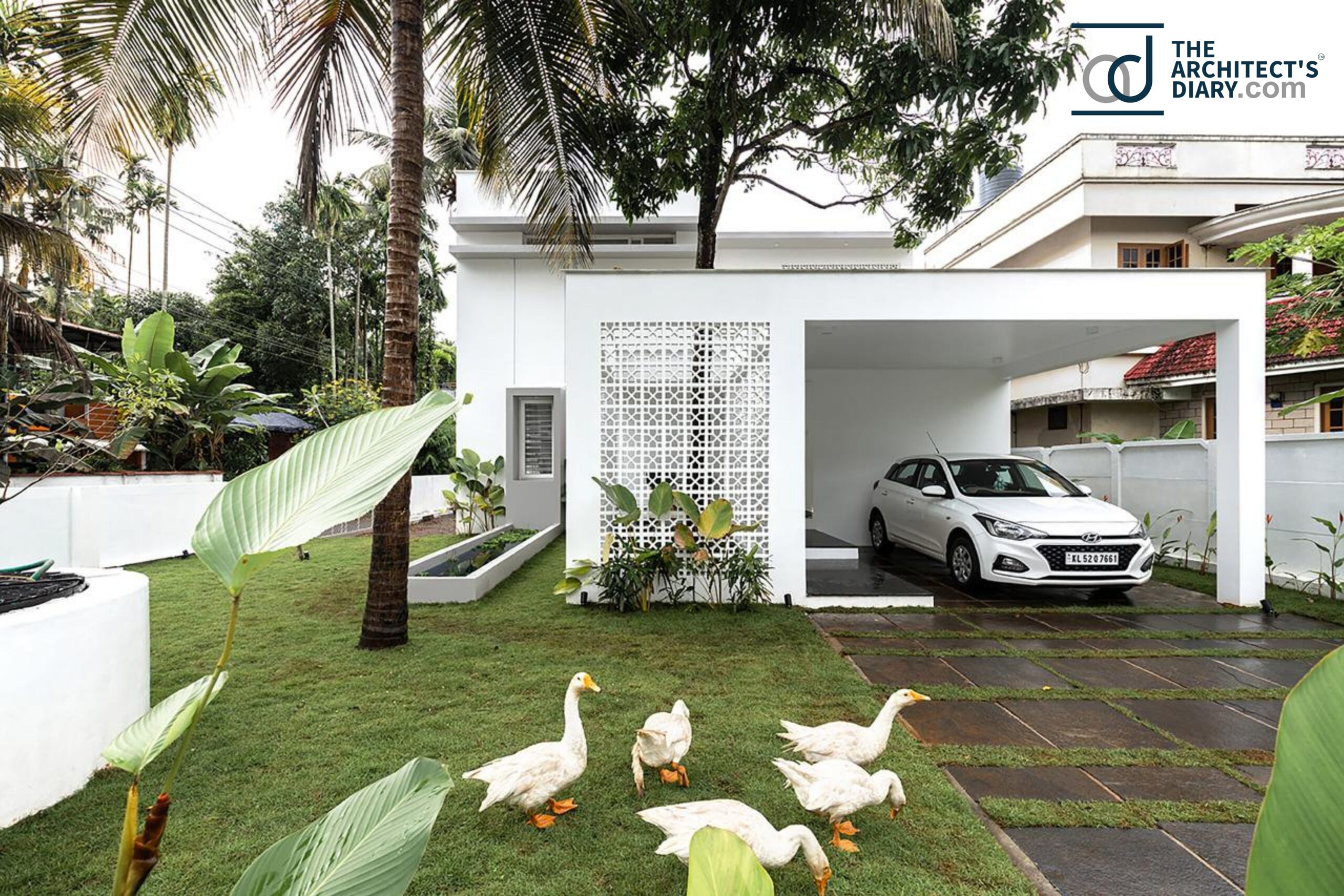 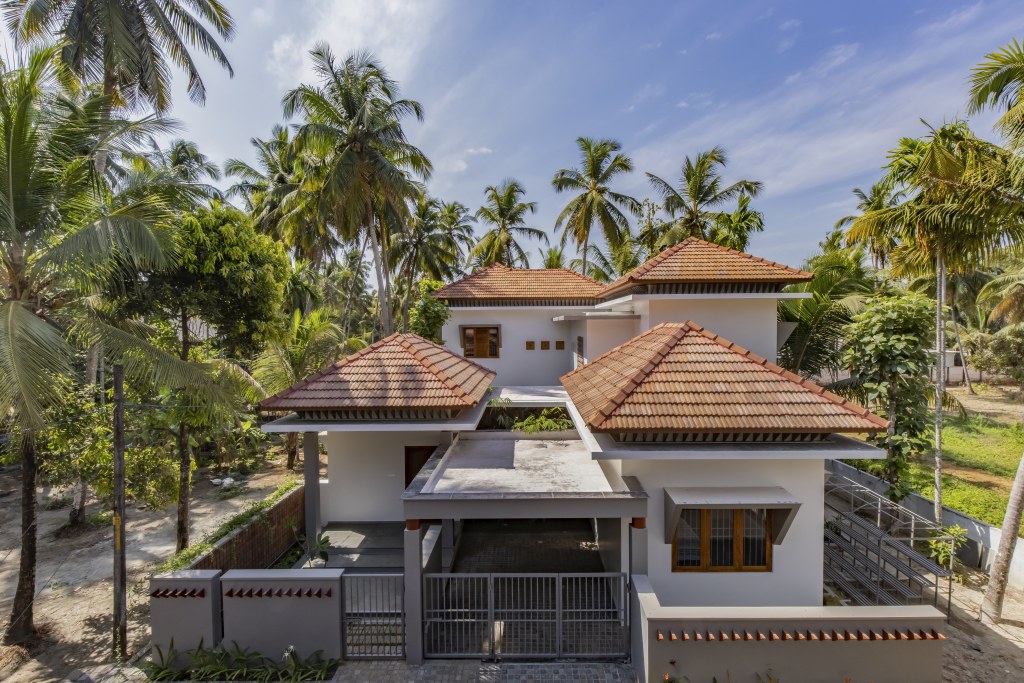 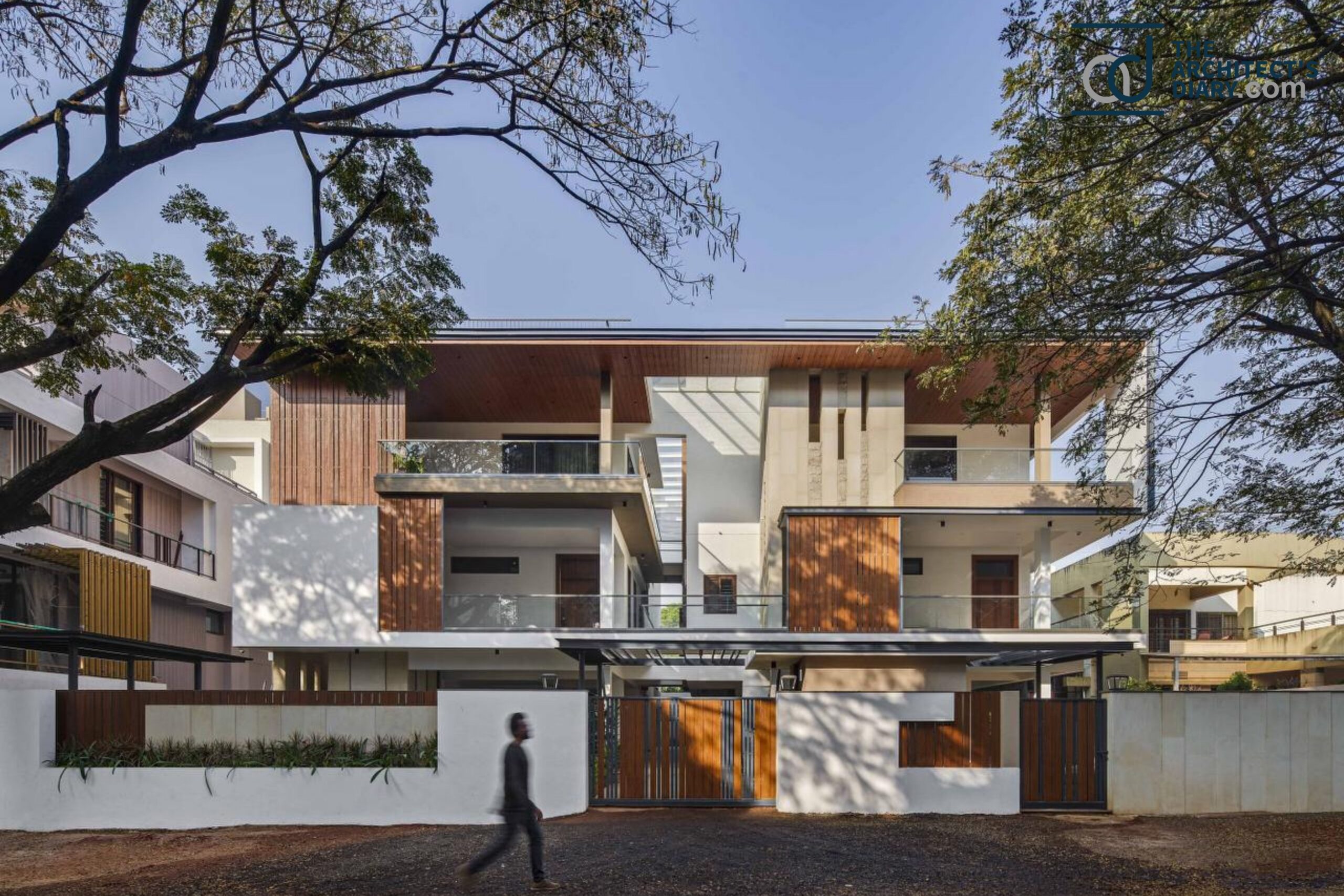 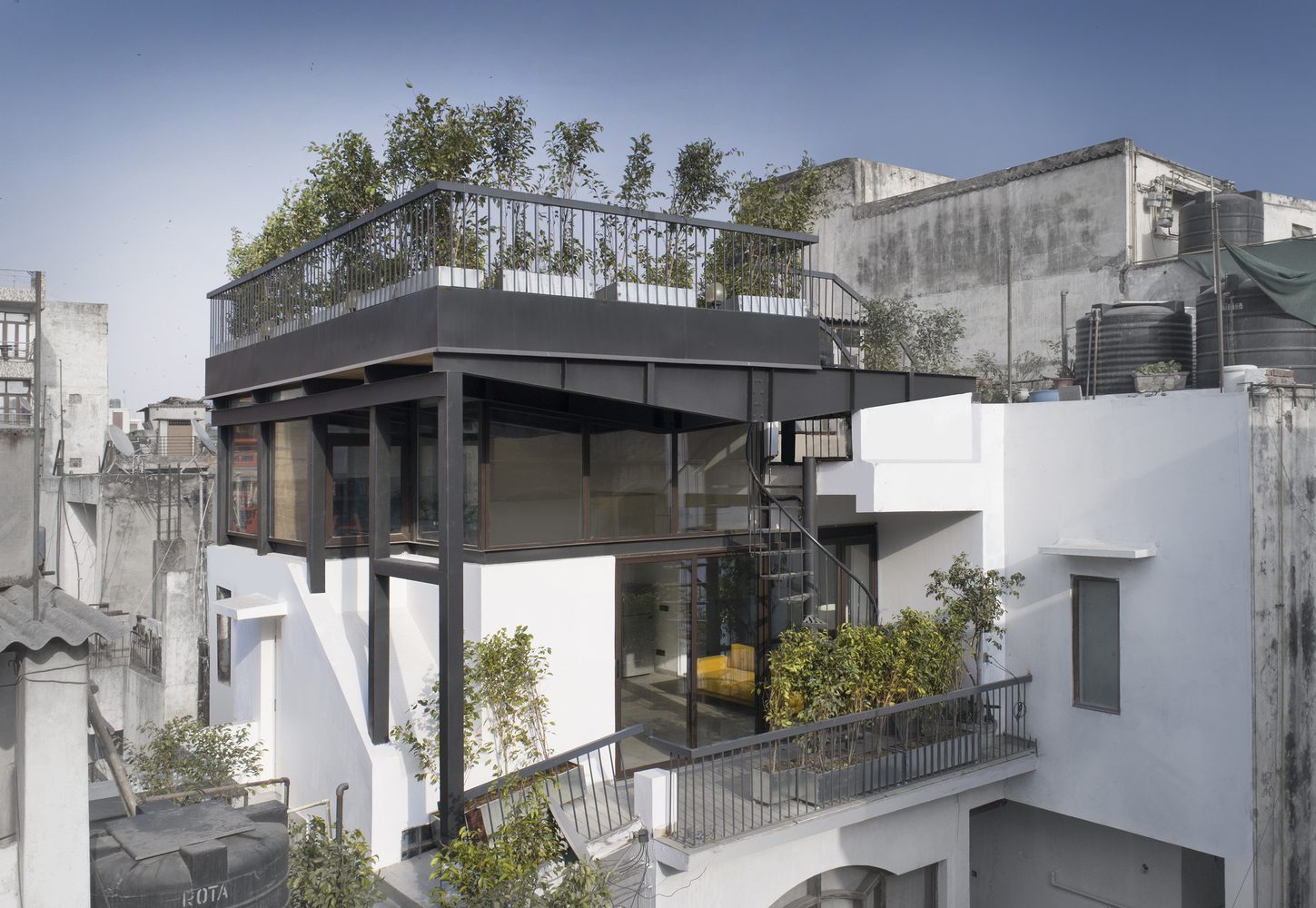 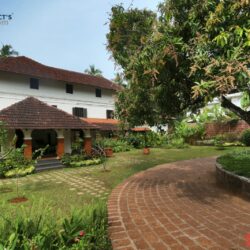 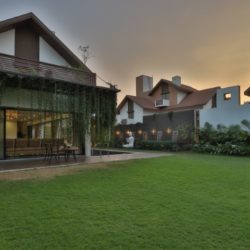 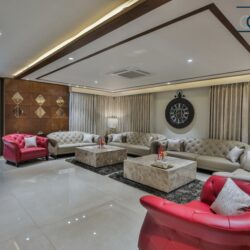 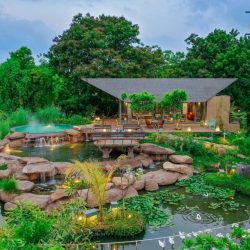 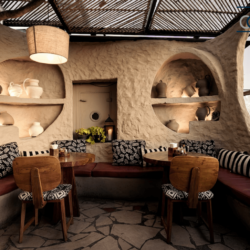