Imagining a few strangers meet each other, start playing Jazz, and then adding an Indian classical instrument to play some unconventional compositions, was the inspiration behind the design. Experiencing this indian home while going from outside to inside is just like Jazz, fancy at first glance but potentially transcending as the music grows.

The client expected a design, based on the ongoing local design trends, which is a maximum number of rooms, the usable area within the permissible limit, and a “decorated” front. This long narrow plot in a row-housing residential colony engulfed on the three sides had to be divided into two parts vertically so that the first floor can be rented out. The challenge as an architect was to fit into the conventional thinking and yet innovate!


Jazz emphasizes complex harmonies, improvisations, and solos and so does the façade which was thought of with a three-dimensional perspective view from the main entrance. More polygons start to appear within the composition of major polygons in the elevation as the understanding between the imaginary musicians starts to build up.

The Indian Culture has a rich heritage and complex traditional values, but the inappropriate amalgamation of the east and west gave rise to a planning pattern in small-town middle-class houses that had their own resultant flaws. The unconventional compositions inspire the planning that is a reconsidered version of the ongoing planning pattern in the city while the Indian instrument is for how the planning satisfies the needs of Indian Culture. This could help retain the old spatial hierarchies while encouraging the revival of lost cultural values.

An efficient design for an Indian mind could be one that serves multiple uses just like the long courtyard in this house – ventilation, daylight in common areas and toilets, an extra seating area for frequent visits by outsiders or family discussions, and accessible space with a view of greenery.

Being an architectural psychologist, a few theories were applied for a psychological impact. Affective Aesthetic Theory (AAT) states that human beings have been molded by evolutionary factors and natural settings have been critical for survival for most of human history whereas processing enclosed built spaces can lead to exhaustion and stress. The presence of a courtyard in common family areas (kitchen and living room) would encourage more usability over the bedrooms. Privacy and segregation induced by enclosed walled spaces lie in contrast to the Indian culture, a culture that believes in collectivism. Indian culture encourages social gatherings and, in such gatherings, the men and women maintain a social gap between each other out of respect. The planning supports this by automatically perceivable division of spaces for men and women while still providing the same view of the courtyard and the use of seating along with it.

Due to the narrow, long shape of the plot, the plan was thought of in long visual axes to create an illusion of the house being very large. This helped in creating a 19.5 meters long visual axis from the entry point of bedrooms to the main entrance so that the user is aware of the visitors while staying indoors. Humans prioritize watching faces and a visual field of 25 meters is considered the emotional visual field.

The working pattern on site was also inspired by a Jazz Orchestra – how the leader guides all but still gives them space to play their solos. The laborers got opportunities to discuss their ideas on improvising the details on-site with their knowledge and skills on practicality. This resulted in a few more efficient details and sparked a feeling of compassion and love towards the indian home that they were building.

Project Name: House with all that Jazz 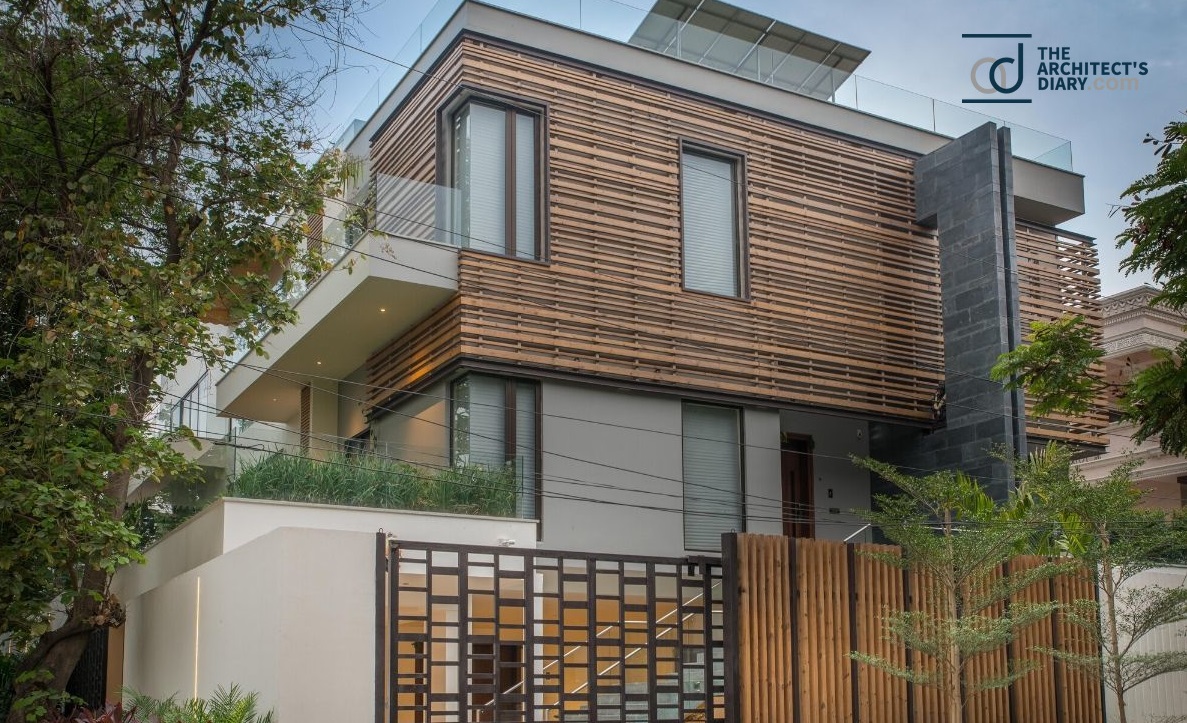 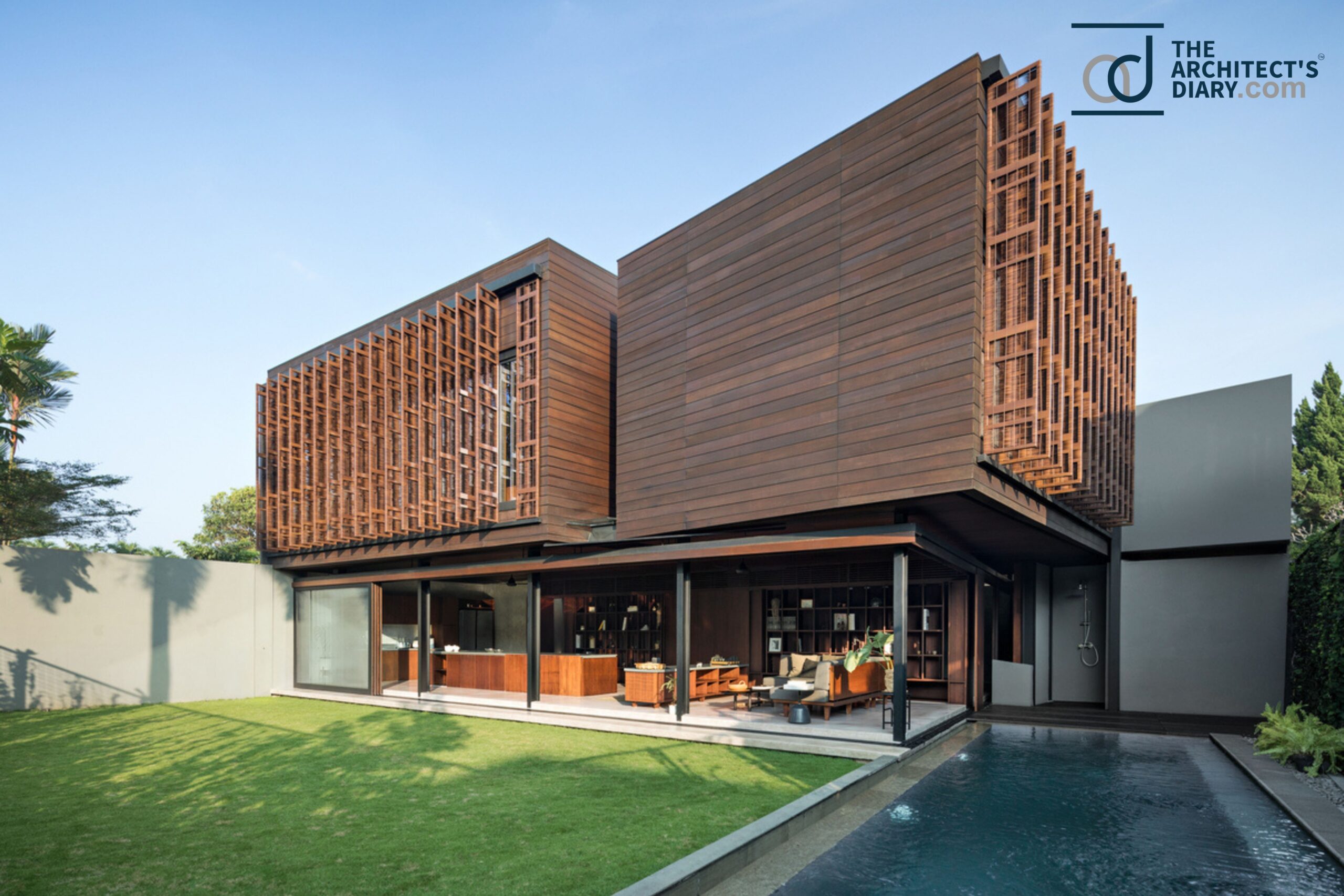 A Weekend Home Designed with an Inward Orientation of Space to Create Optimal Privacy for the Homeowner : Awrawikara | Andra Matin 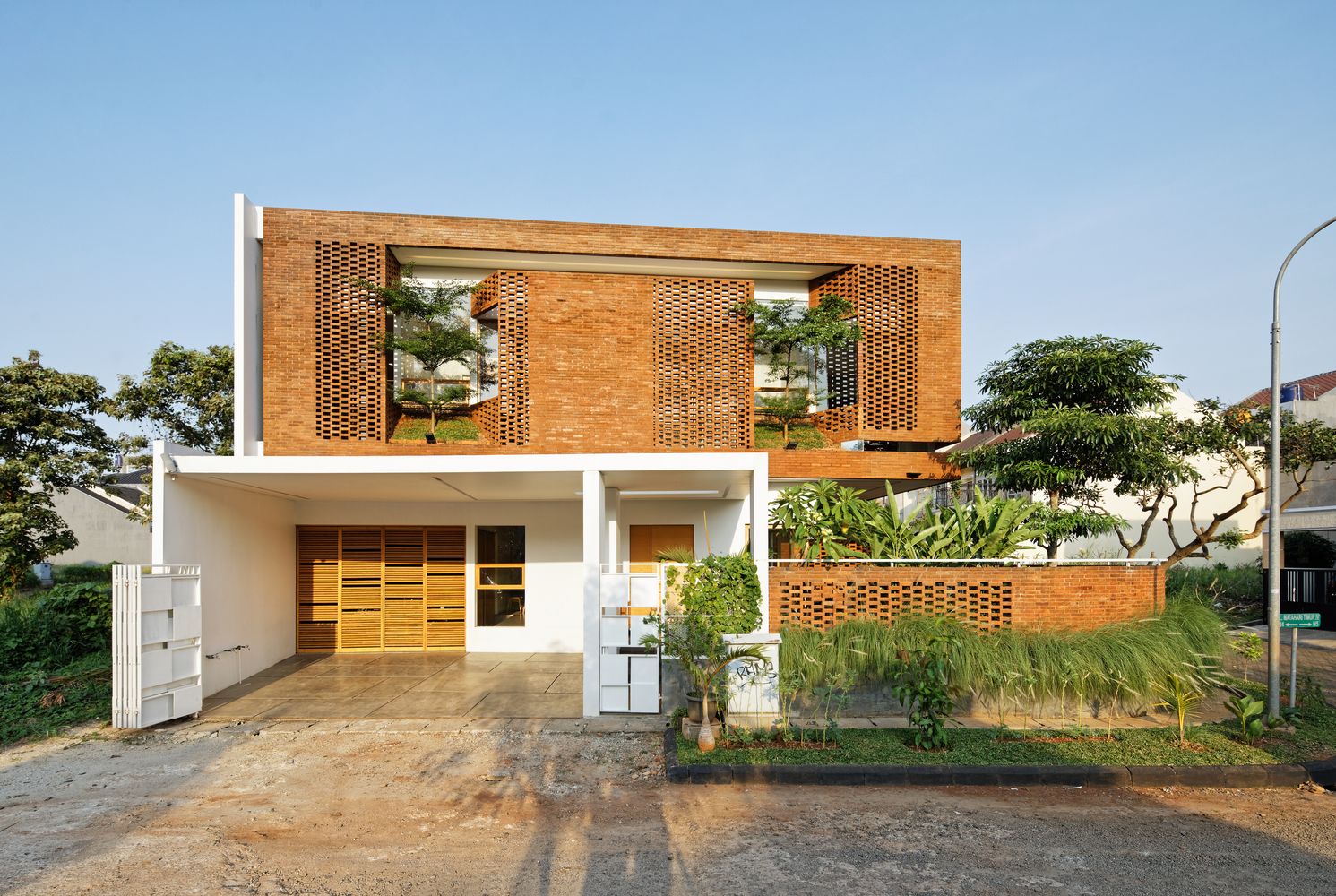 Green Architecture as the Main Concept in the Flick House | DELUTION 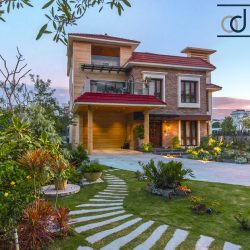 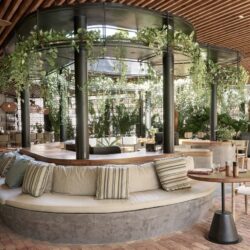 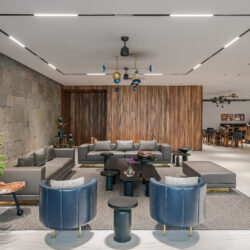 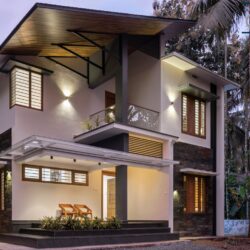