“A perfectly presented Cuisine with appropriate garnishing which can tickle your taste buds just the right amount and leave you astonished with every bite is all a foodie needs. This entire experience is captured and given life through this Restaurant Interiors designed and executed by Komal Sachdev Designer + Planners and Inc Design Studio. Mixing the Awadhi and Afghani design language carefully, the outcome plays with your perception of the place. Given utmost attention to each detail from fabric of the furniture to the color of the walls, everything in this Project is appetising and to the T.” ~ Radha Hirpara (Editor)

The Frontier Post is a restaurant situated in Navi Mumbai’s MP Bhavan. It is part of a growing chain of restaurants across India, and this is its first outlet in Mumbai. The aim of designing this space was to maintain coherence in style with the other outlets while giving it a unique individuality of its own.


Since this branch of The Frontier Post is located in a commercial complex that caters primarily to a working professional crowd, the design was created to reflect a unique blend of Afghani and Awadhi sensibilities with an overarching contemporary essence. A balance was carefully brought about between traditionalism and modernity – both intricately woven carpets and sleek black lighting exist in harmony with each other in this space.

The Frontier Post is a reference to the historical North-West Frontier which was a region of the British Indian Empire. In the 18th century, this was a region uniquely steeped in culture, and an aim to bring about a culinary revival of this place in time was the driving force behind conceptualizing the restaurant. It was this rich cultural significance, coupled with the creative insights of two designers with distinct individual styles, which greatly informed the design of The Frontier Post. While Neha Changwani and Komal Sachdev run independent practices, they collaborated on this project seamlessly. Both designers combined their unique perspectives and expertise,and in doing so, brought to fruition a special creative vision.

In order to evoke a sense of curiosity within a visitor, a distinct cobalt blue colour was chosen for the door. Detailed with rivets and door knocks, even the entrance embodies charming antiquity. The door leads into an airy 1700sqft space which features a mix of both informal, low couch and fine-dine seating, as well as a bar.

Though it hasn’t been pictured, a plan to introduce outdoor seating is underway. Large, pre-existing glass walls form a part of the structure of the restaurant, seeing as it is situated on the ground floor of an industrial complex. In order to maintain a sense of privacy, black cut-out jaalis were fitted onto the glass.

The colour scheme selected for the restaurant comprised subtle contemporary tones like grey with pops of colour to reflect the traditional influences that guided the design. A visually striking monochrome fabric was selected for the chairs, that sported a maximalist Ikat print. Neutralized by solid rust orange and blue sofas, the overall impression was that of a seamless balance. In line with a more modern spirit, the walls were treated in concrete grey chalk paint, further augmented by a matte black ceiling. In an endeavour to be as mindful about resources as possible, a chunk of the furniture used in the restaurant was refurbished. A new life was leased to the couches and bar shelves through meticulous redesign and attention to detail.

While the overarching elements exhibit a more contemporary quality, the decor and art set against them are heavily influenced by Indian, and more particularly Afghani and Awadhi elements. An ornate rug custom made by The Rug Story with colours from the project’s mood board makes a striking statement as wall art, while serving as a focal point for the design. Regal portraits of the Maharajas and Maharanis of the North-West Frontier Post from the 18th century tie together beautifully the concept of the restaurant, further accented by ornate mirrors placed at regular intervals.

Apart from the black track lighting which serves a functional purpose, perforated metal jaali lights are liberally used across the restaurant in the form of pendant lamps and table lanterns that cast intricate illumination patterns on the walls. A unique visual element of interest, the knotted rope detailing which encompasses some of the hanging lights provides a deliberate break from the simplicity of the ceiling. The loose yet sculptural nature of the rope detail provides an interesting contrast to the composition of the lighting within.

In an endeavour to bring the fascinating history of the region to life, close attention was paid to even the smallest elements that added a royal flair to the ambience. From the style in which the grey sheer curtains are draped to the rope detailing on the ceiling, every aspect of the design ties into Afghani and Awadhi traditionalism. 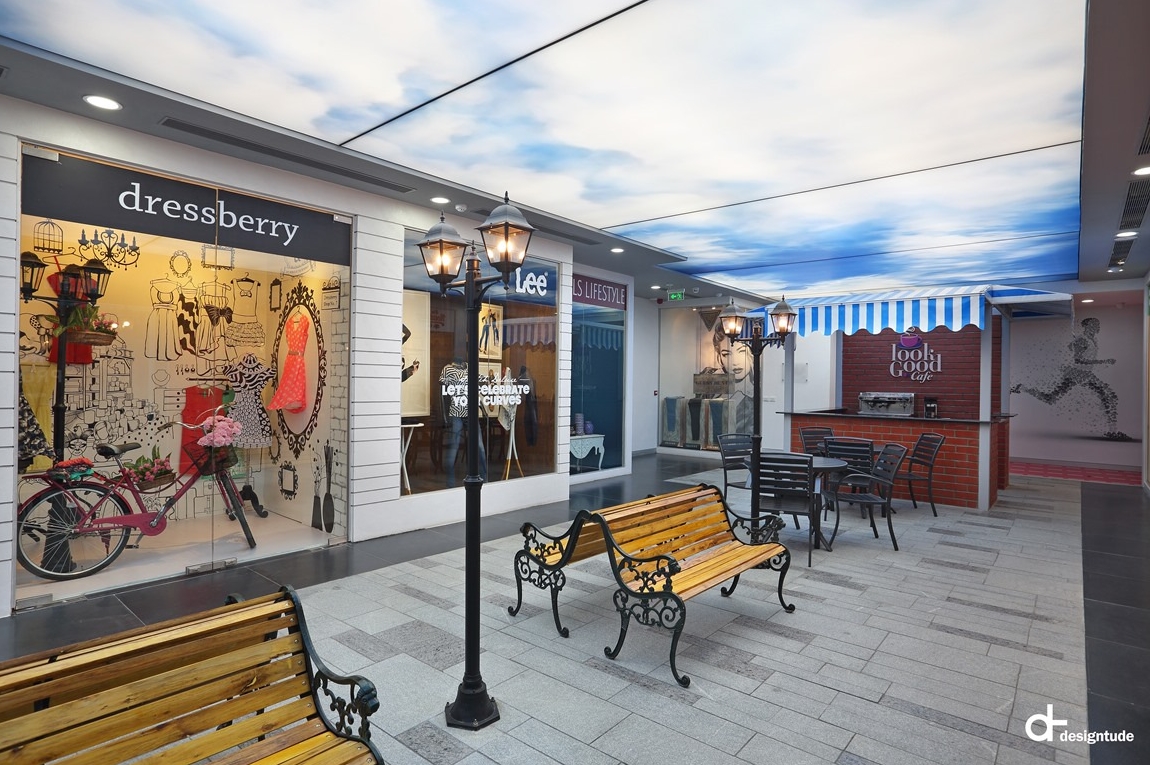 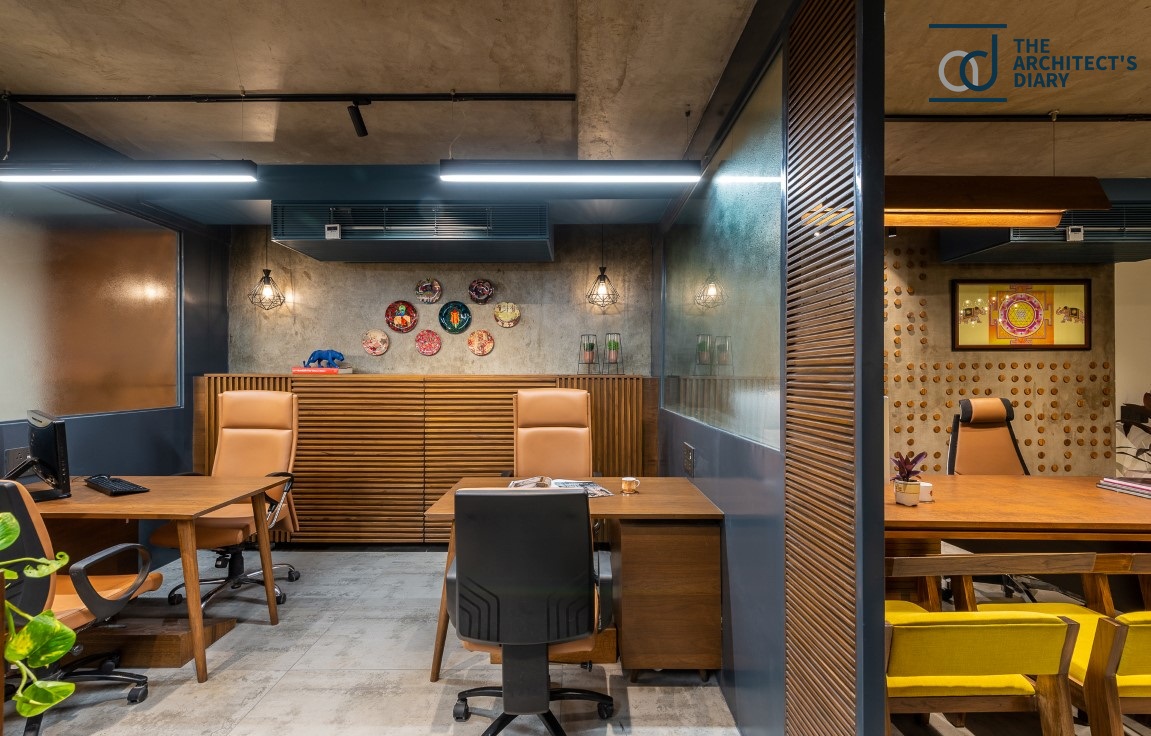 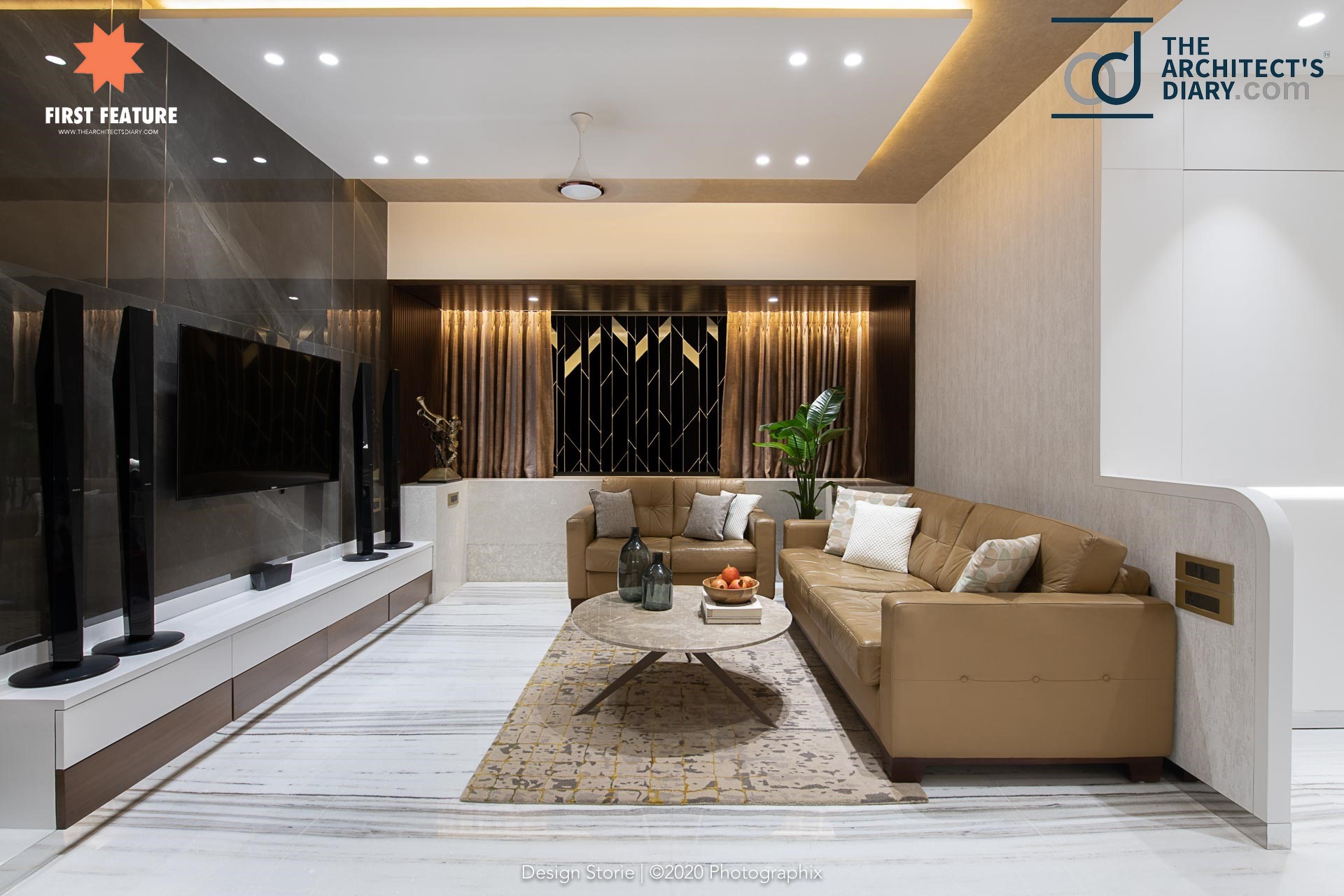 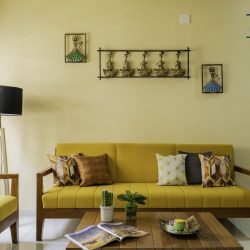 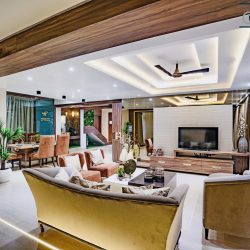 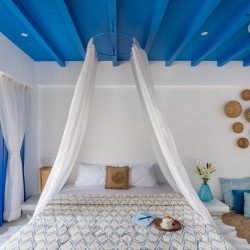 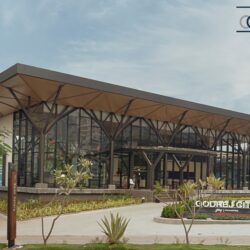 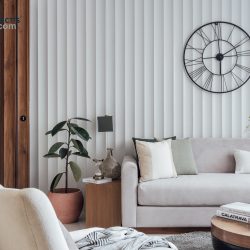