To keep pace with the rapid urbanization of the tier 2 city in which the residence is located, the client aspired to upgrade to a modern, luxurious lifestyle while still living as a traditional joint family. Within the relatively compact floor area, the design had to accommodate the needs of a large family, providing a sense of spaciousness while maintaining the right balance of connection and privacy. 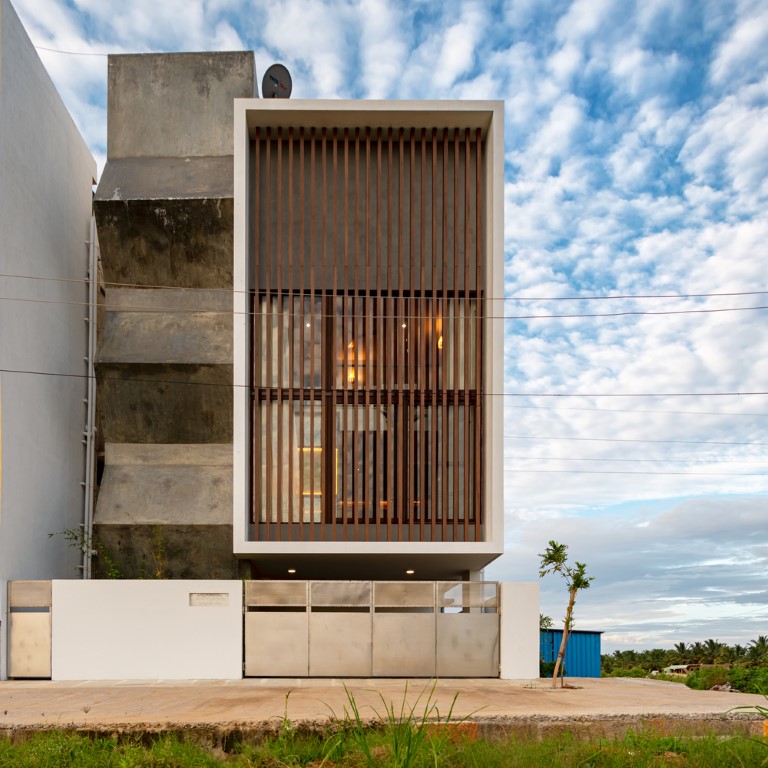 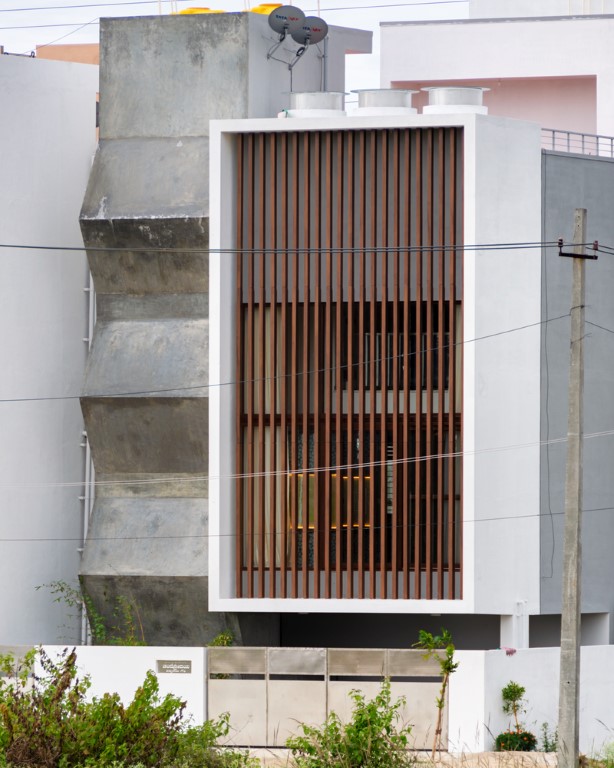 For a narrow plot measuring only 28 feet wide and 45 feet long with a common wall at the rear, and narrow setbacks of 1.5 feet along the width, the house had to depend only on the north face and overhead light for daylighting and natural ventilation. Eschewing all embellishment, the building form was constructed as an exercise in restraint with only strong proportions defining the design intent. The folding planes of the staircase volume with an exposed concrete finish stand counterpoised against the white plastered minimal rectilinear mass housing the living spaces. 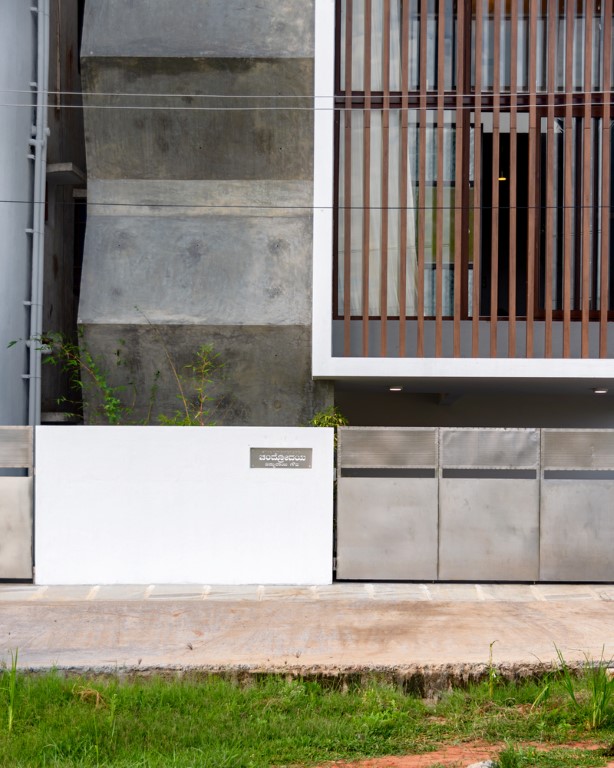 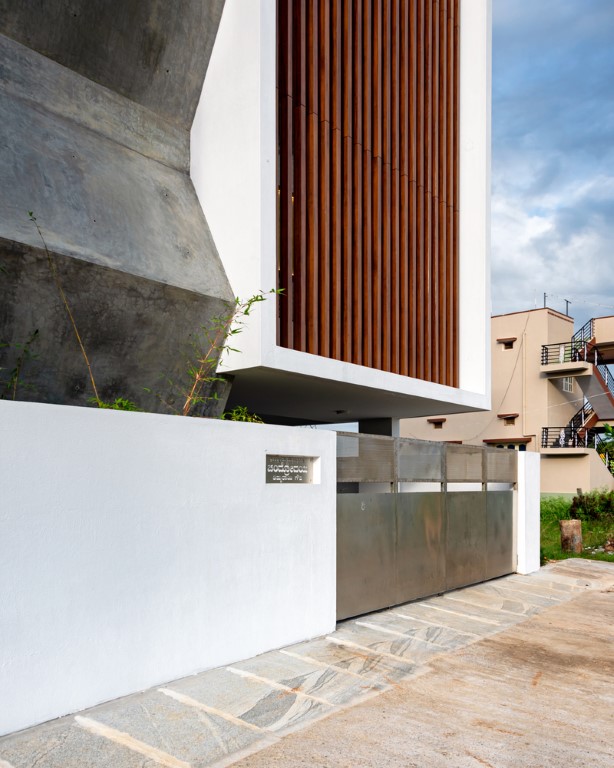 Glass, exposed concrete finish and white plaster form the minimal material palette for the external form. The Golden Rectangle was used to determine the scale and proportion of the building elements. Facing north, the front façade features tall windows scaling two floors allowing sumptuous natural light to penetrate deep into the open layout of the house. Mild steel vertical louvers clad with Fundermax outside the windows serve as adornment for the building façade, act as a security device and also a shading device.The sky-lights above a double heightened internal court, together with the tall expanse of windows makes the home self-sufficient in natural light regardless of the shade from future property developments around it. The skylights also have a built-in provision for hot air to vent out of the building through perforated metal sheets. 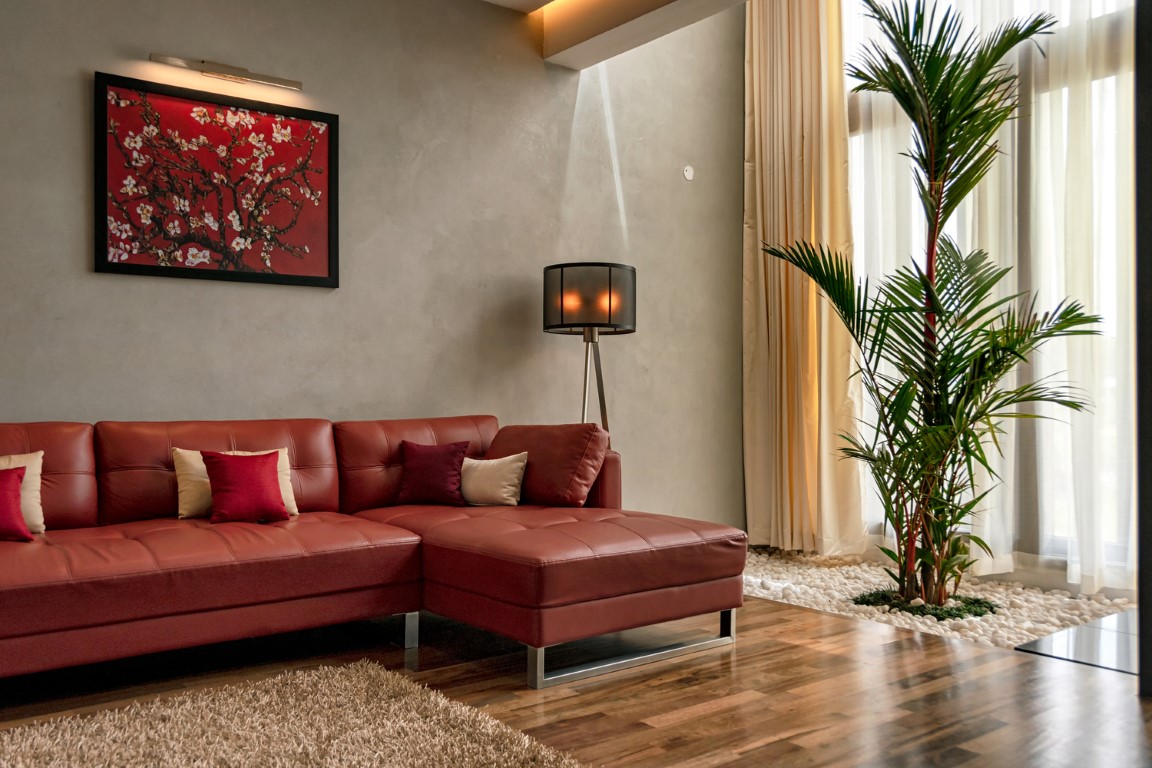 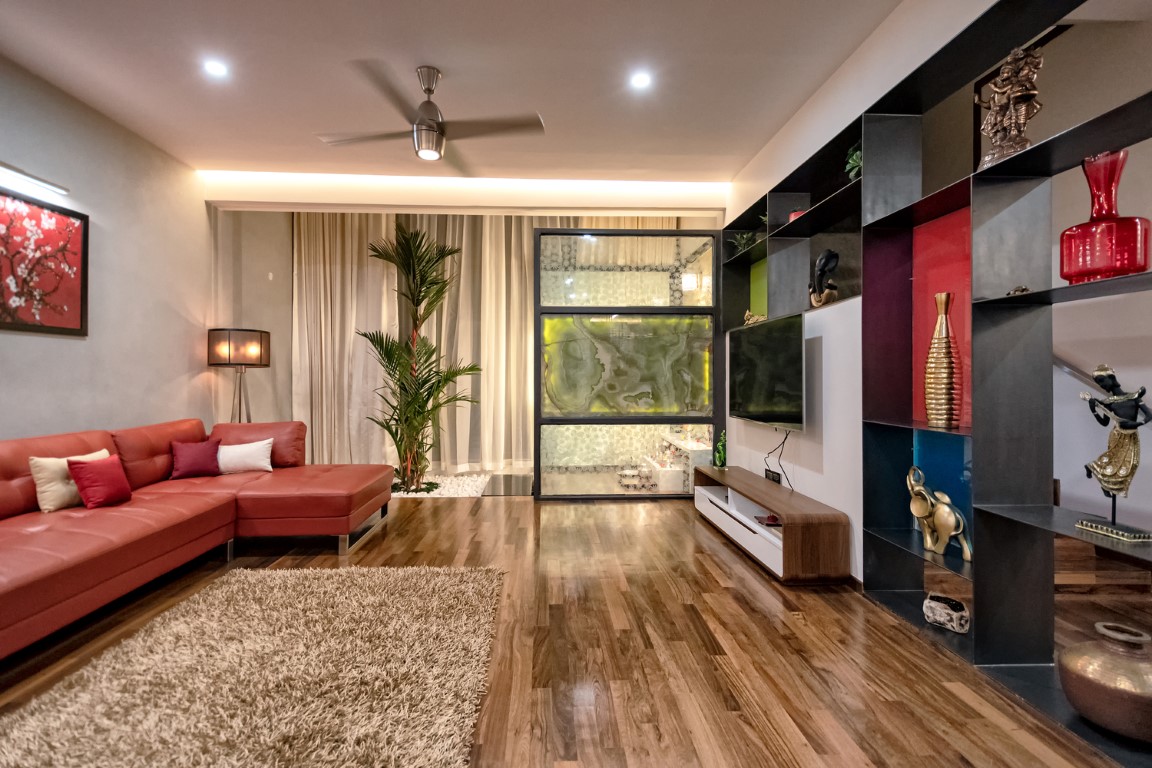 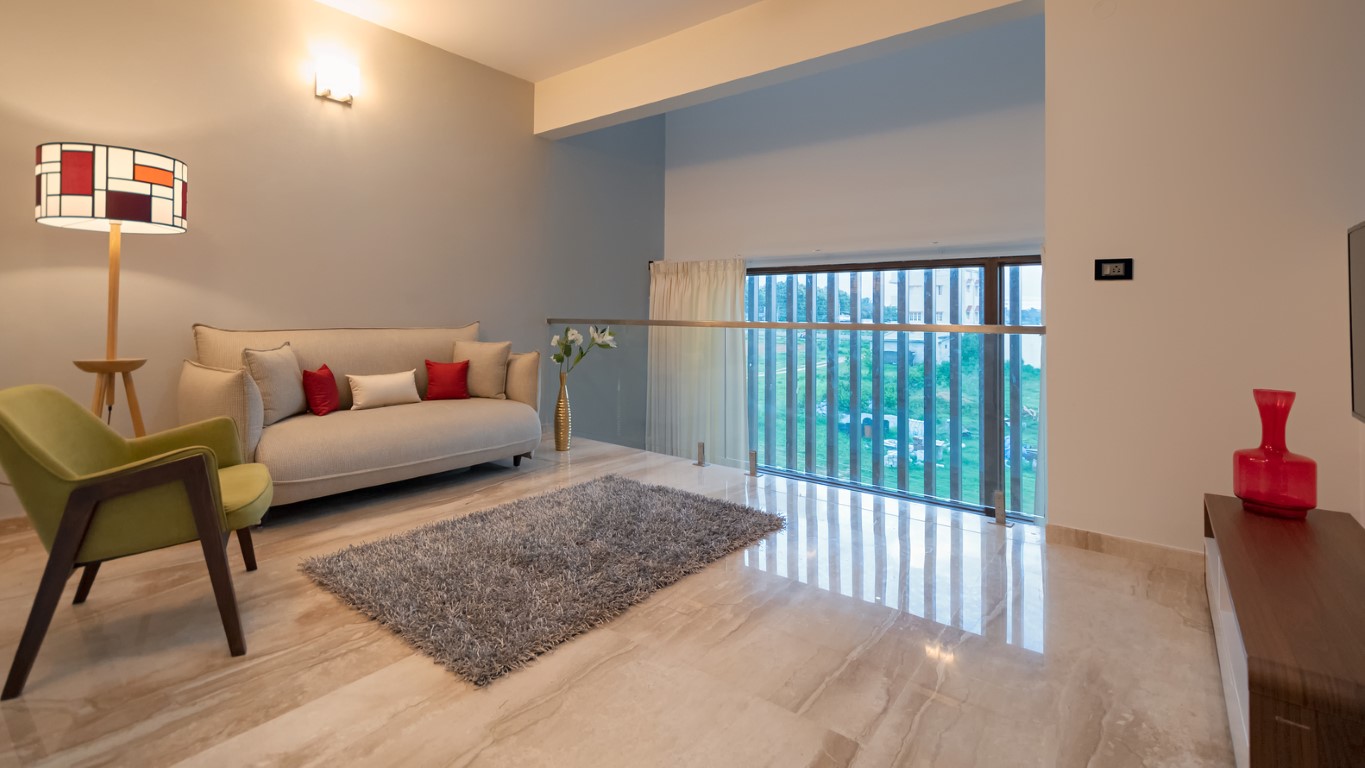 Every interior artifact was conceived to perform double duty – screens define distinct areas within the layout while also serving as a bold decorative accent; sleek metal shelving framing the television allows display of objet d’arts while cordoning off the staircase; the dining table within the kitchen also becomes an extended preparation counter while cooking; the dropped ceiling planes conceal sunken slabs, beams and lighting devices, while it is shaped to echo the functions below, acting as a subtle orienting device within the open plan. 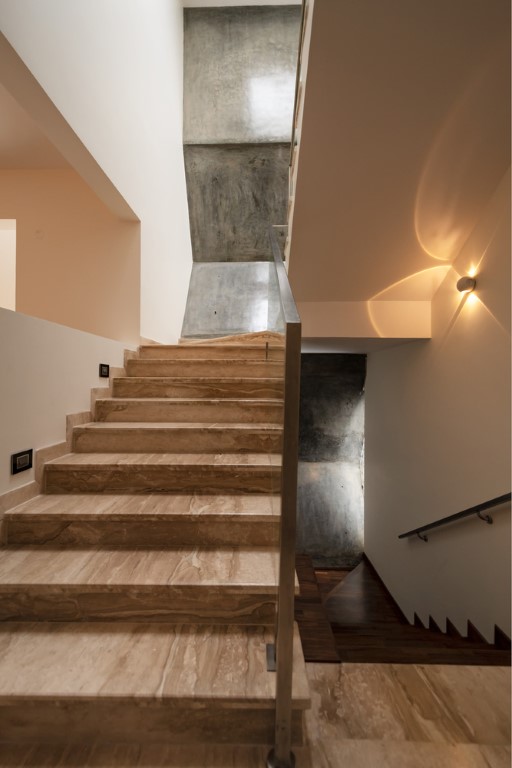 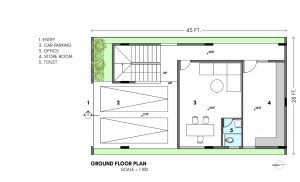 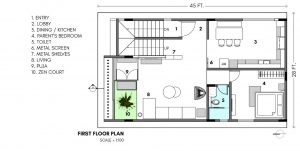 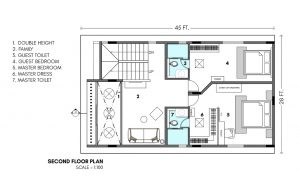 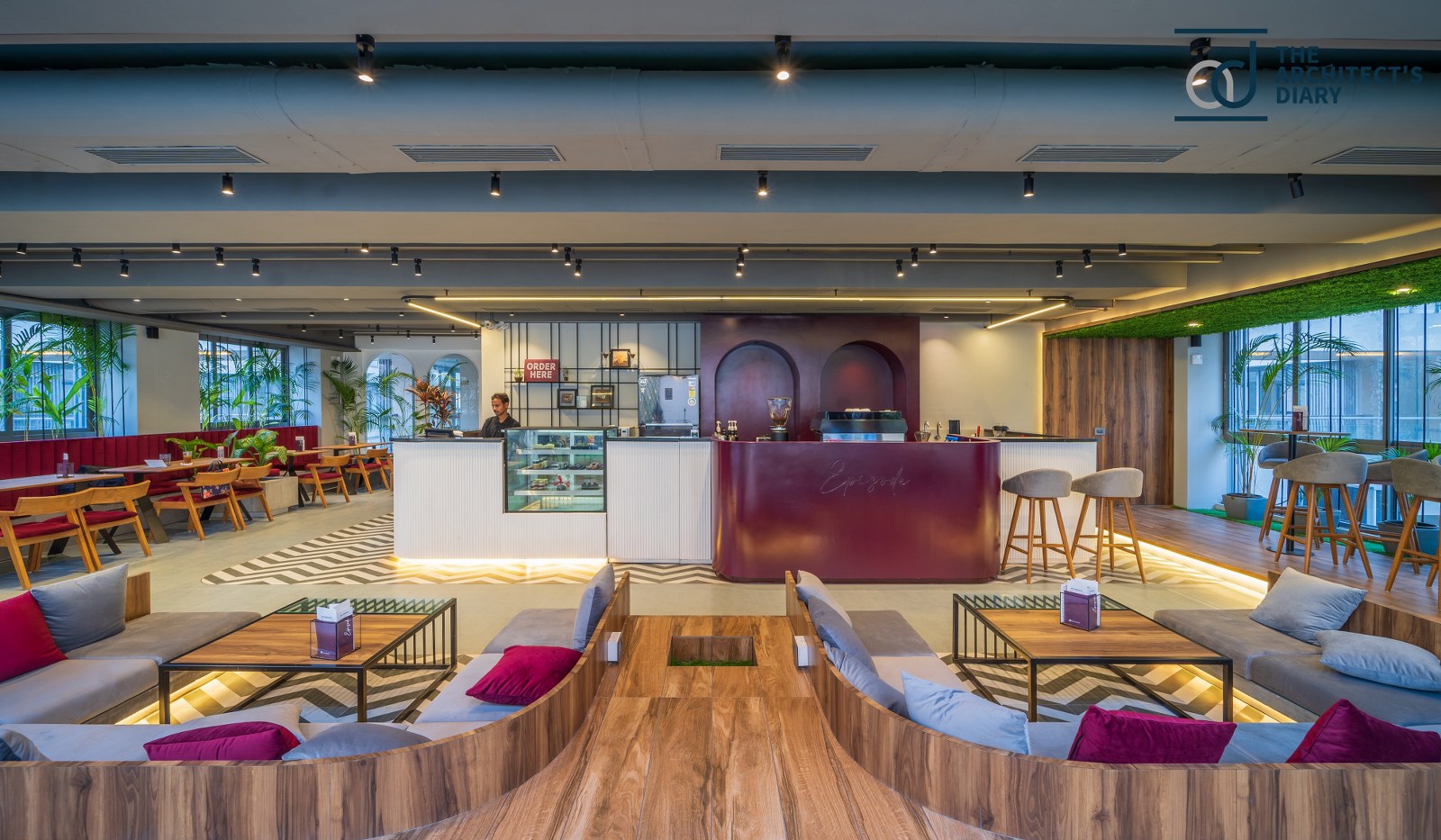 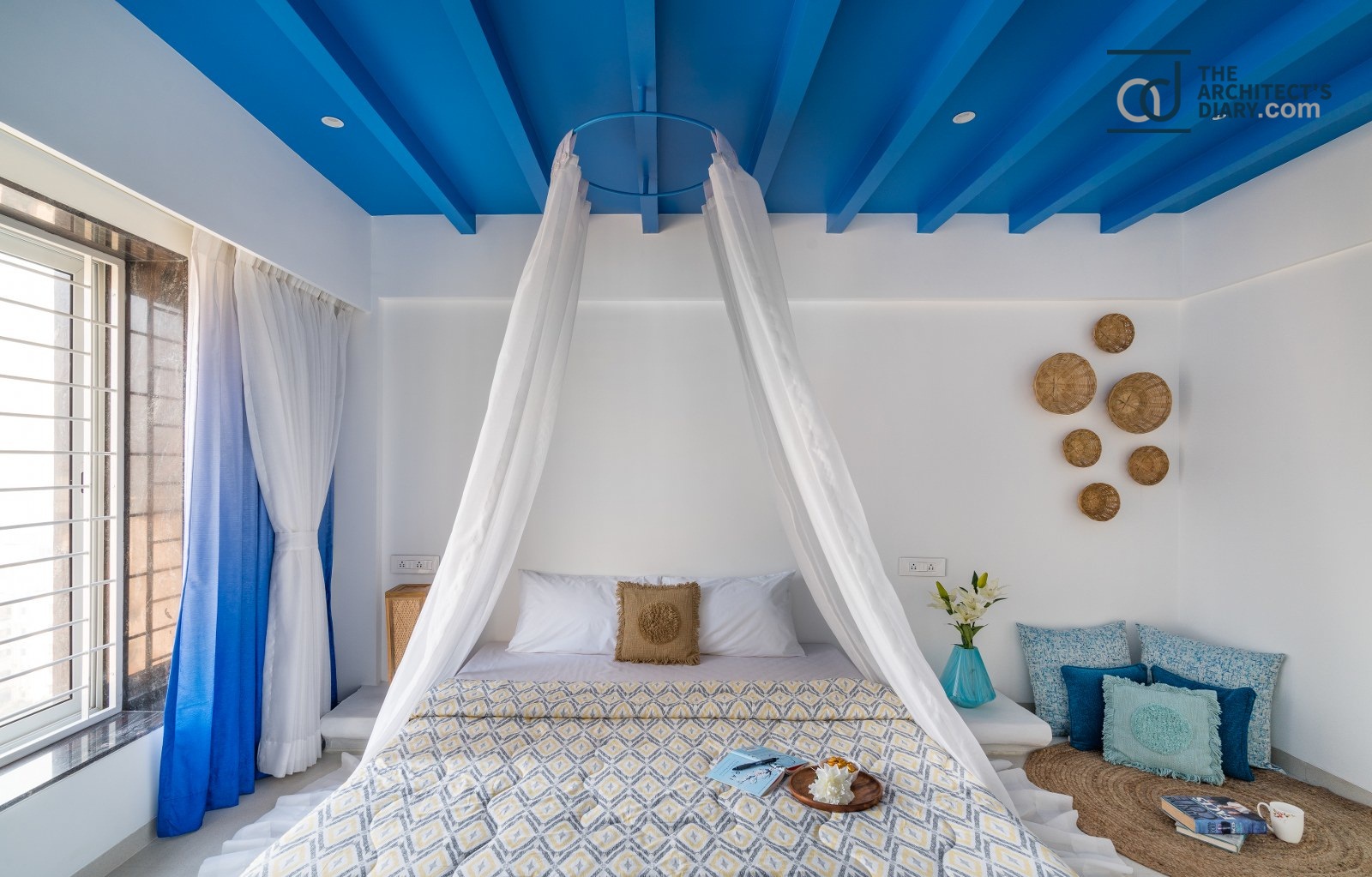 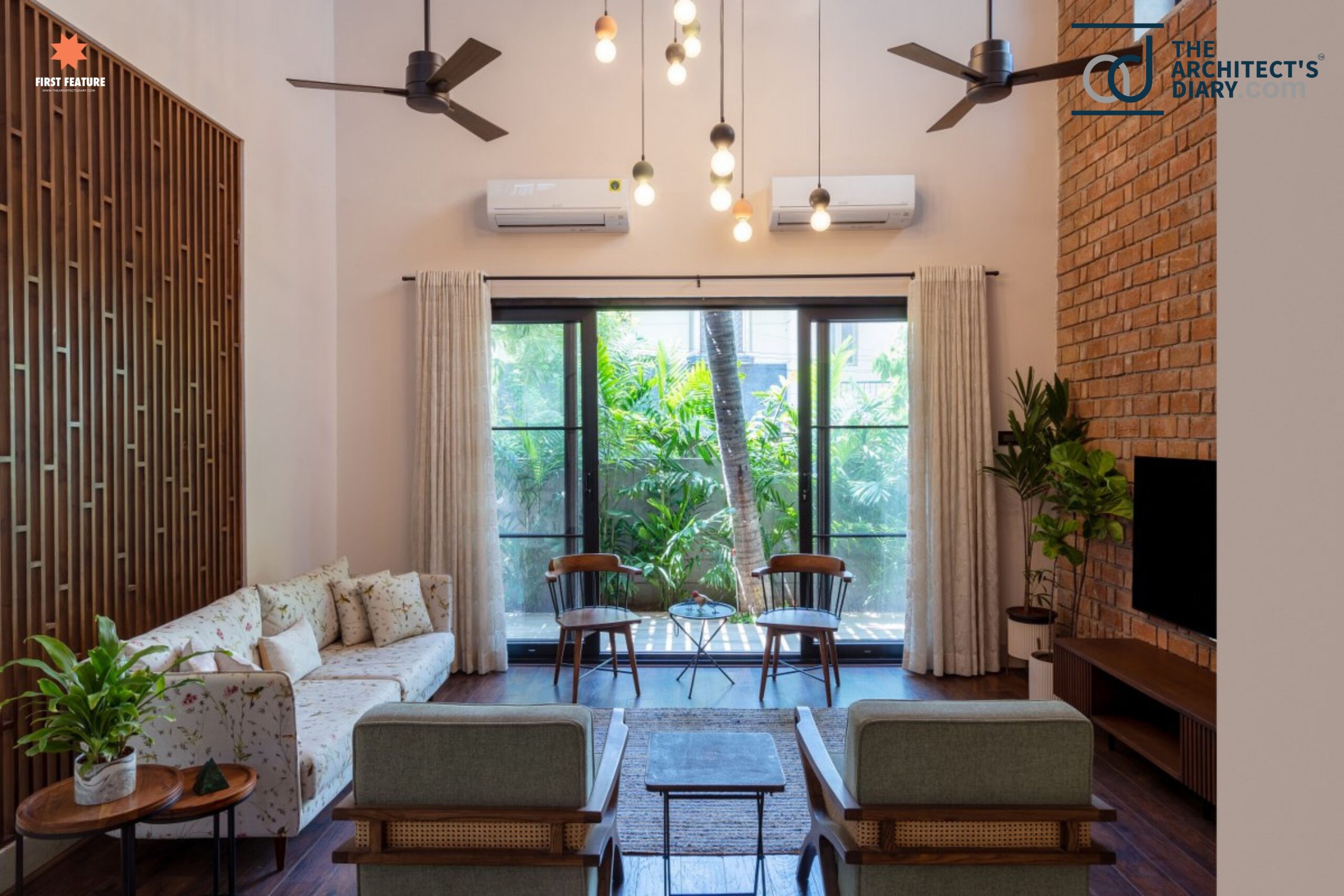 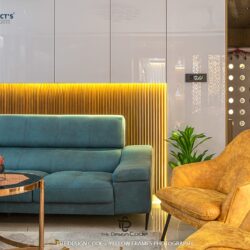 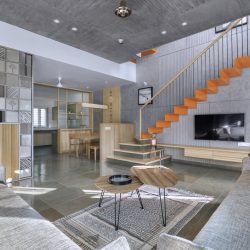 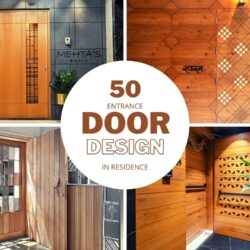 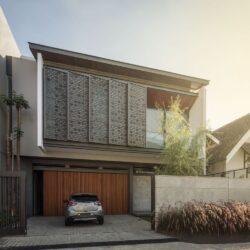 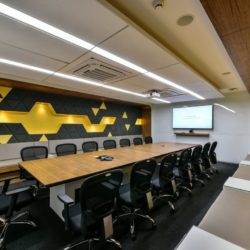