Ø  Mr. Dikshu C. Kukreja, Managing Principal of C P Kukreja Architects, has been felicitated with the Bharat Shiromani Award for Excellence in Architecture 2018-19

Ø  The firm CPKA is based out of New Delhi, India and has an impressive portfolio of 800+ projects spread in over 30 countries worldwide

New Delhi, April 2019: Mr. Dikshu C. Kukreja, Managing Principal of the New Delhi based renowned firm CP Kukreja Architects has been bestowed with the Bharat Shiromani Award for the year 2018-19 for Excellence in Architecture. For the first time ever, an architect has been honored by the Shiromani Institute for their valuable contribution and exemplary works to the field. Mr. Dikshu C. Kukreja was presented the honor by Lord Swraj Paul in the presence of Ambassadors of Iceland and Slovenia.

The prestigious Award is awarded to select few dignitaries by the Shiromani Institute which is a non-profit voluntary organisation. Other past recipients of the Award include stalwarts like Mother Teresa, Sachin Tendulkar, Kapil Dev, Lata Mangeshkar and the Dalai Lama for their exemplary contributions to society. 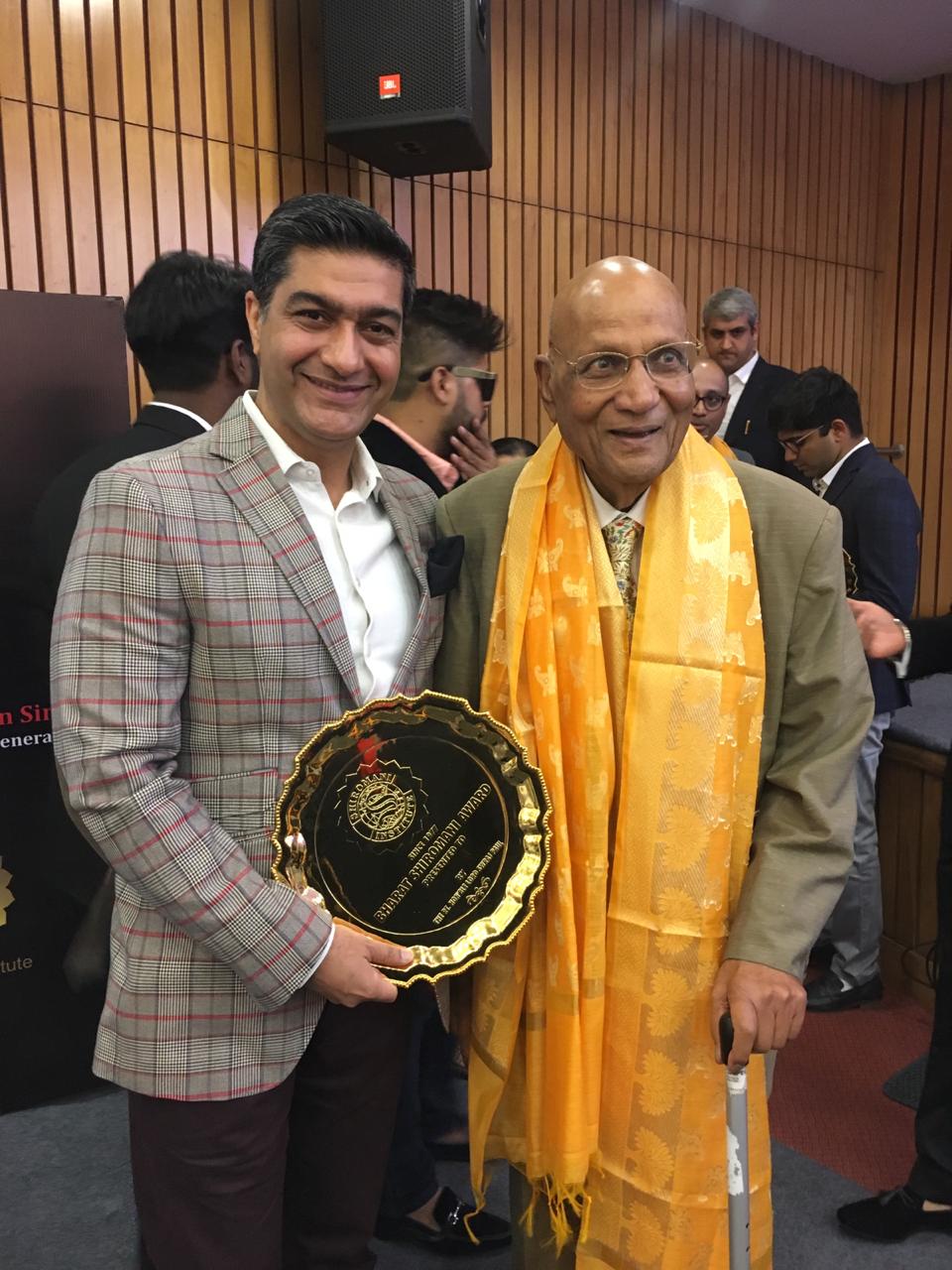 Mr. Dikshu C. Kukreja is a Gold Medalist from School of Planning & Architecture, New Delhi, India. He attended the prestigious Taliesin Fellowship at the Frank Lloyd Wright School of Architecture, USA. After this, he received his Masters of Architecture & Urban Design from Harvard University. He was elected the founding Vice President of Asia GSD, which grew to become one of the largest student organizations at Harvard University. Later, he came to be the youngest and the first architect to be elected as the President of Harvard Club of India.

He has worked in India, France and USA and has lectured and taught at institutions both, in India and abroad. He has been Guest Writer for The Times of India and Hindustan Times newspapers, talking extensively about Urban Issues. He was also featured by CNBC TV on the programme ‘Young Turks’ and is a regular contributor to discussions and debates on National television. He was selected as the Cultural Ambassador by Govt. of Finland. He is a Member, Governing Body, Sushant School of Art & Architecture. 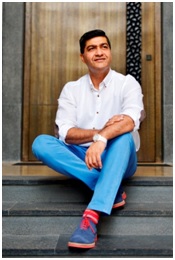 ‘A style statement is how we let our passion reflect’, believes Dikshu C. Kukrejawho has been running the Cat A architecture thrown in India started 50 years back. Running India’s one of the top tier architecture firms is not just a business for Dikshu but his passion for making the walls speak people’s dreams.

Receiving his B.ArchHonours as Gold Medalist from School of Planning & Architecture, Dikshu from the very beginning has curated his professional roadmap amalgamating his passion of vising different countries and witnessing diverse construction, reflecting the journey of different cultures. He attended the prestigious Taliesin Fellowship at Frank Lloyd Wright School of Architecture, USA and received his Masters of Architecture & Urban Design from Harvard University and since then has been curving notes of success in the country and abroad.

Dikshuhas been elected as the founding Vice President of Asia GSD, which grew to become one of the largest student organizations at Harvard University. He has worked in India, France and USA and has lectured and taught at institutions both in India and abroad.  He was selected as Cultural Ambassador by Govt. of Finland. He is Member, Governing Body, Sushant School of Art & Architecture and elected as the youngest President of Harvard Club of India and the first architect to achieve this distinction.

Started in 1969 with a vision to redefine architecture and planning in India, CPKA is one of the most revered architectural firms in the country. They have been contributing to the field for almost 50 years. Their integrated practice undertakes consultancy in Master Planning, Architecture Urban Design, Structural and Civil Engineering, Electrical, Plumbing and Sanitary Engineering, Air-conditioning and FDV System, Fire Fighting System, Quantity Surveying and Estimating, and Project Management. CPKA’s multi-disciplinary approach is the reason for creation of some of the most iconic buildings across the globe in addition to their commitment to design excellence through innovation and sustainability. They are an ISO 9001-2001 certified firm and a member of the Indian Green Building Council. The firm has been ranked amongst the top 100 design firms in the world in 2018 by a UK-based institution ‘World Architecture’ alongside winning the BUILD Review’s 2018 Architecture Innovation Awards, wherein CPKA has been recognized as the ‘Most Innovative Indian Architectural Design Firm for the year 2018’, amongst other numerous awards. 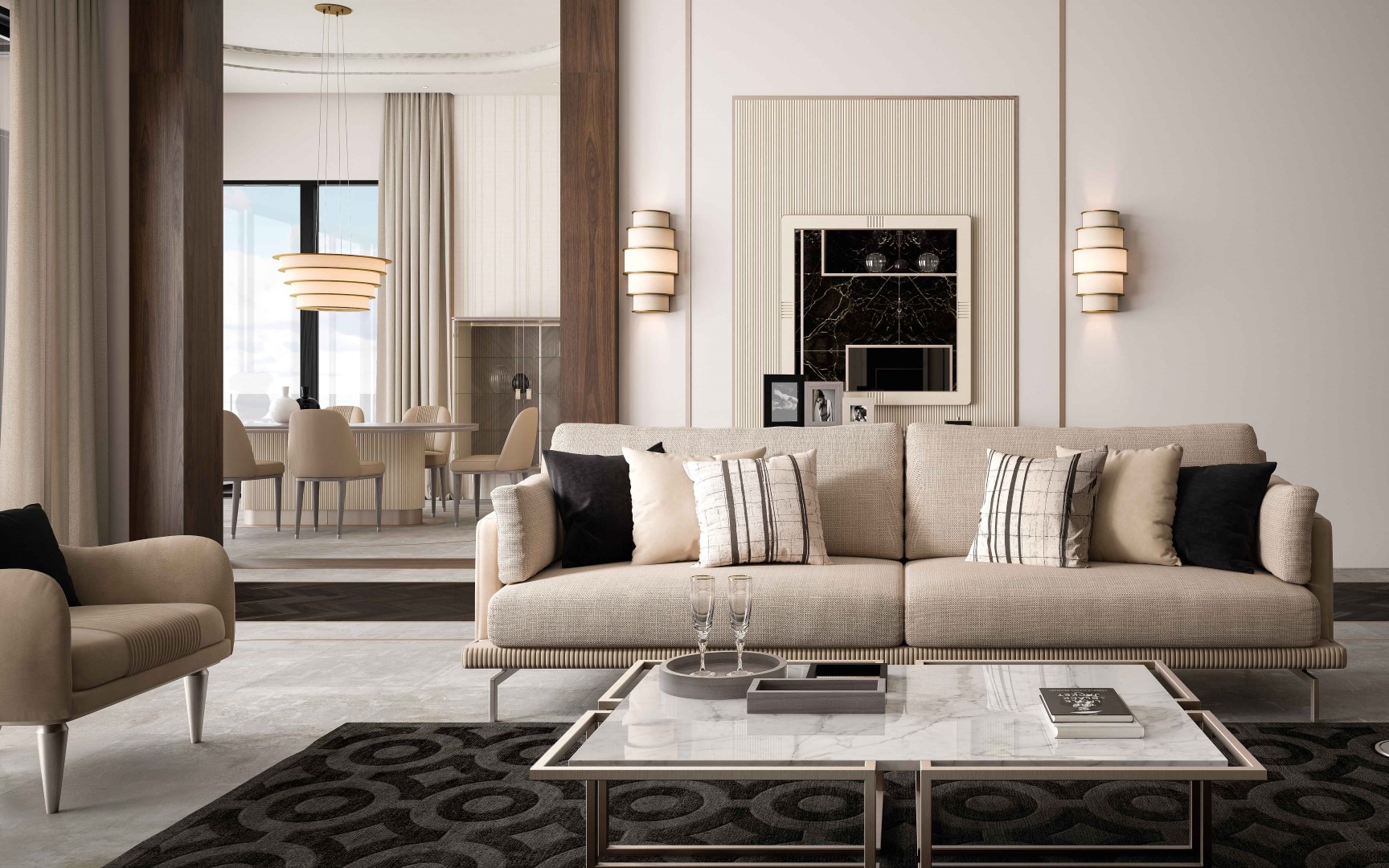 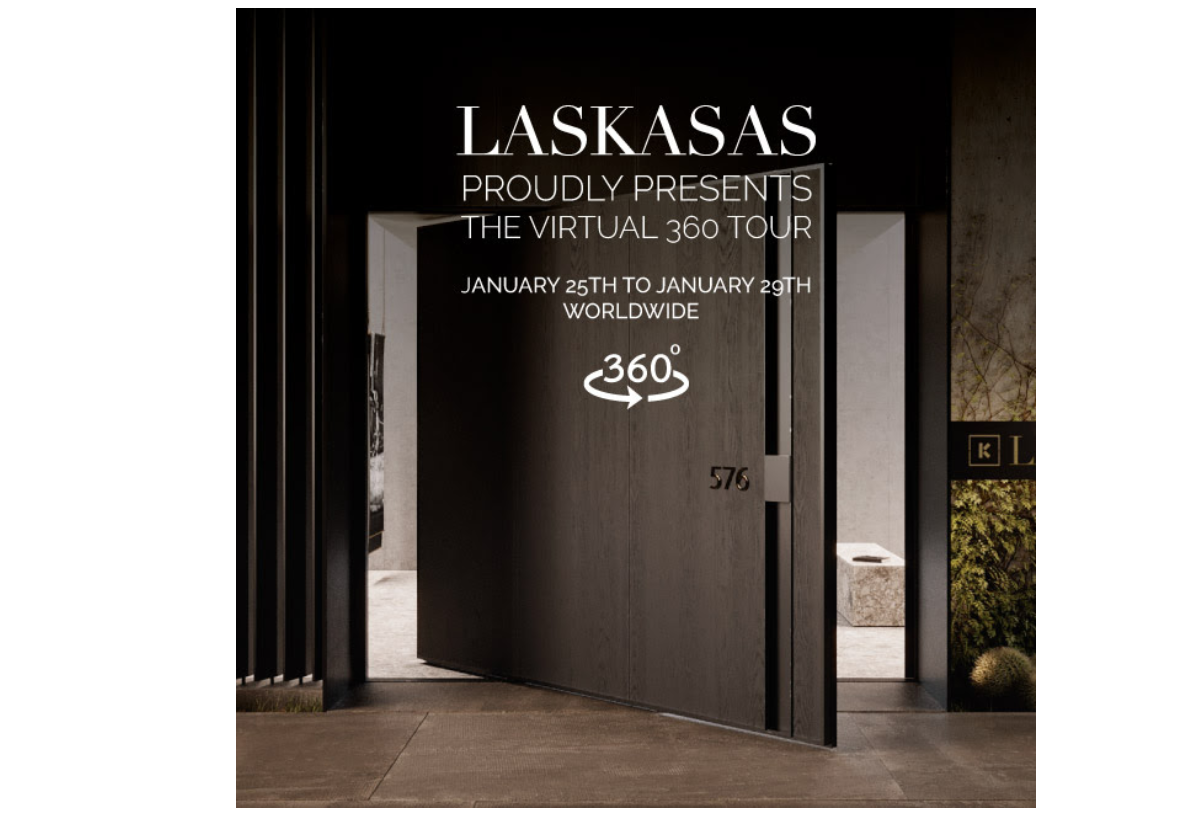 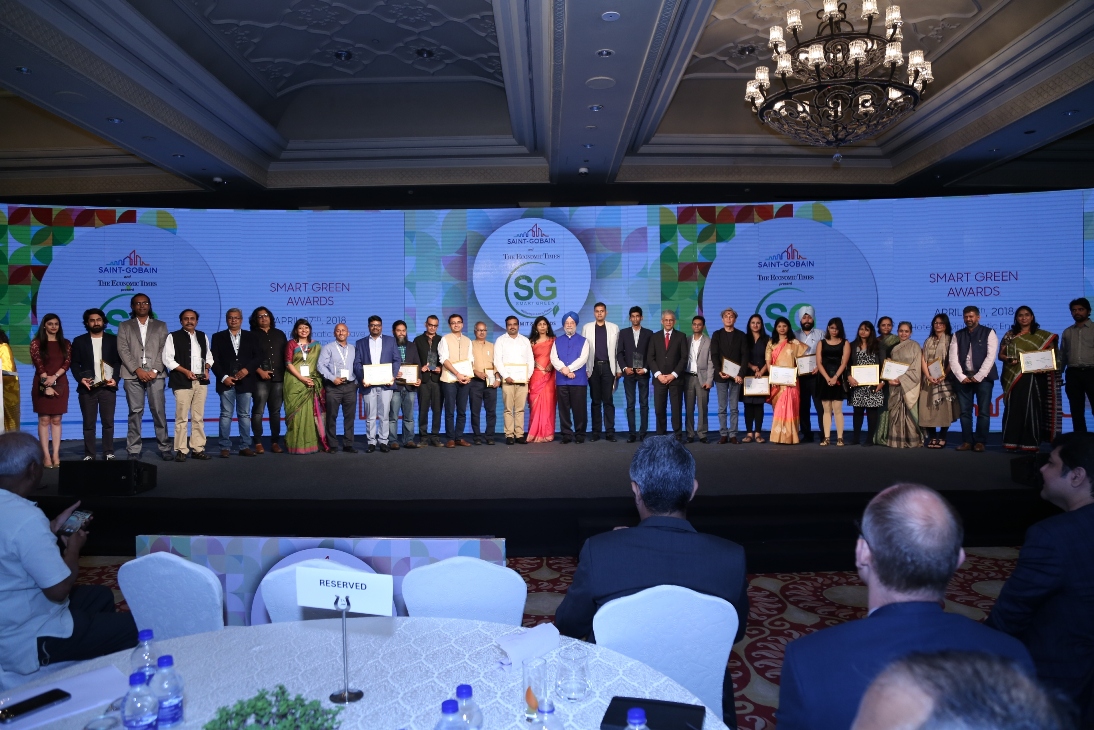 We must strive to create homes and not just build houses 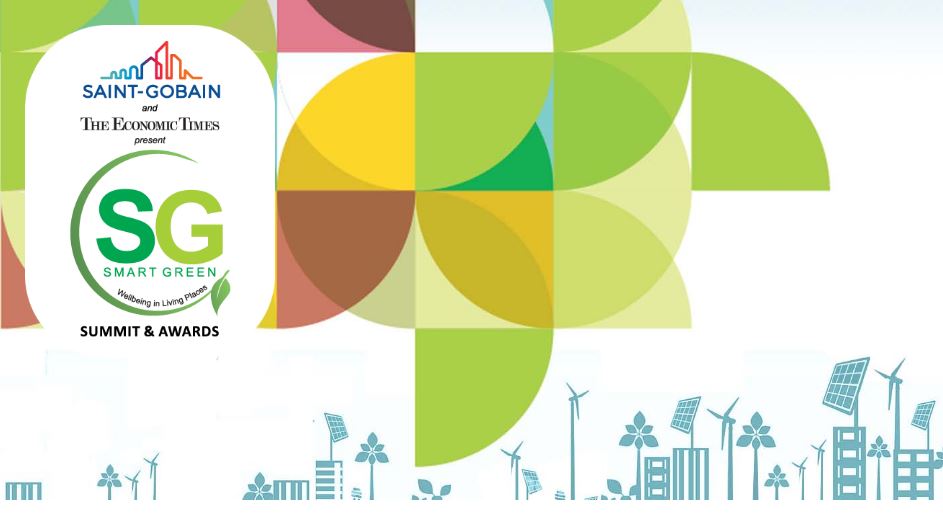 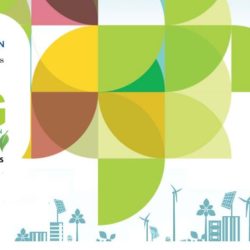 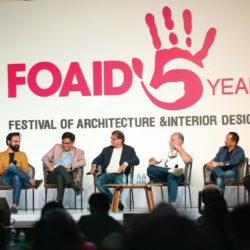 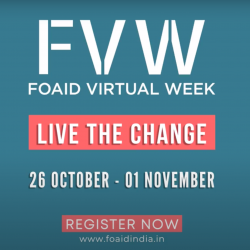 FOAID returns in its full glory for the 11th edition! 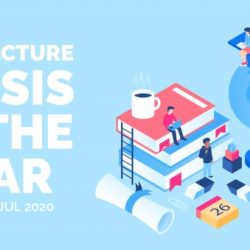 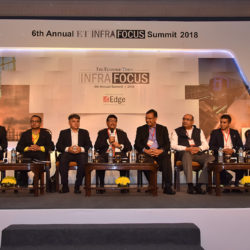