Traditionally, in South India the word Darshini refers to a place that runs on the concept of ‘pay first, eat later’ Udupi style restaurants, which are similar to the fast food chains seen in the West. It was primarily intended to serve the rush hour crowd, and the dishes served were breakfast or snack items that require minimal fuss- both for the chef and the customer. A darshini set-up in Bangalore brings to mind steel tables jam-packed with customers standing around steaming plates of idli-vada, sipping a filter coffee and looking out onto the street which might just be inches away. Our clients approached us with a simple brief – “a darshini on the site along the highway in Hoskote”. 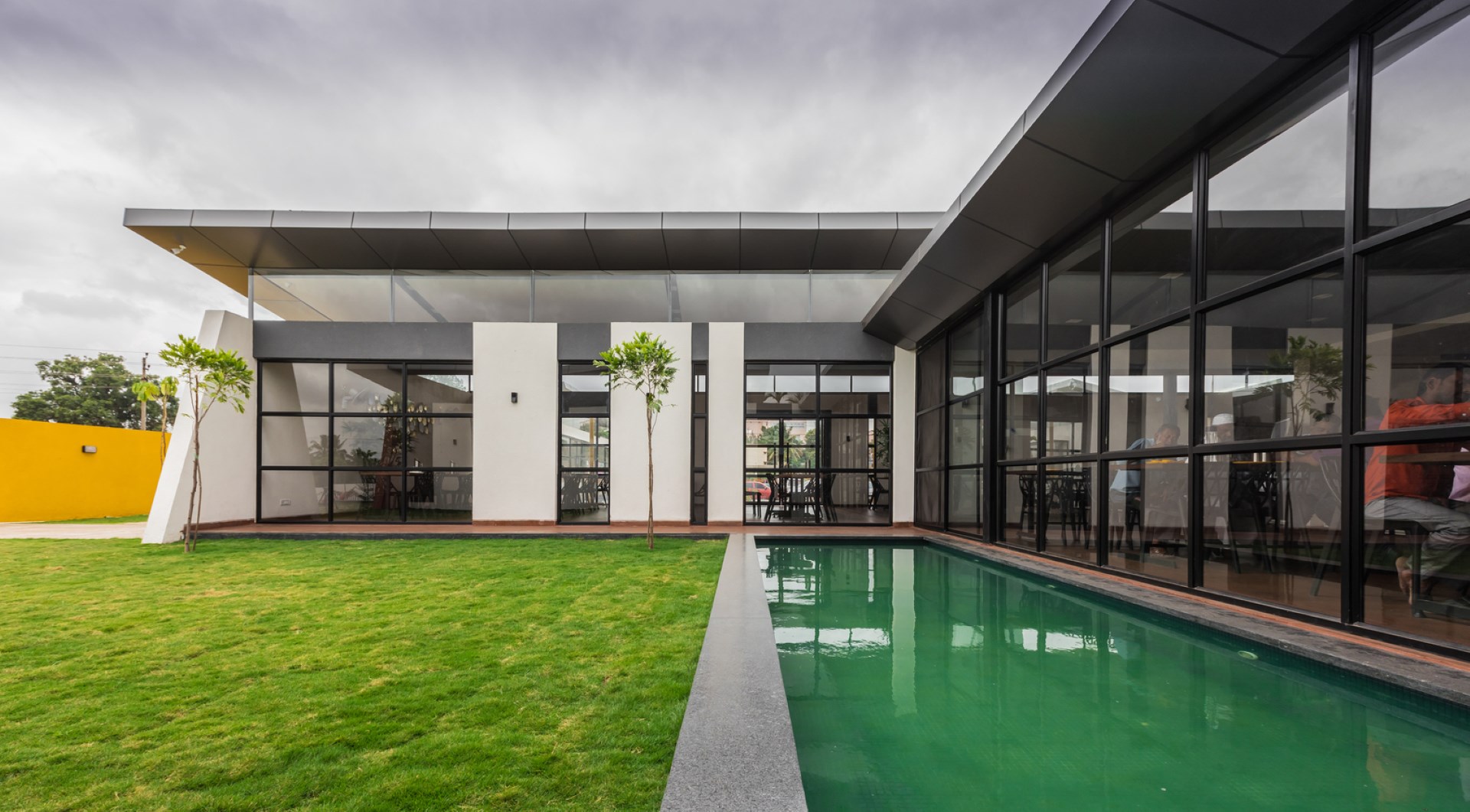 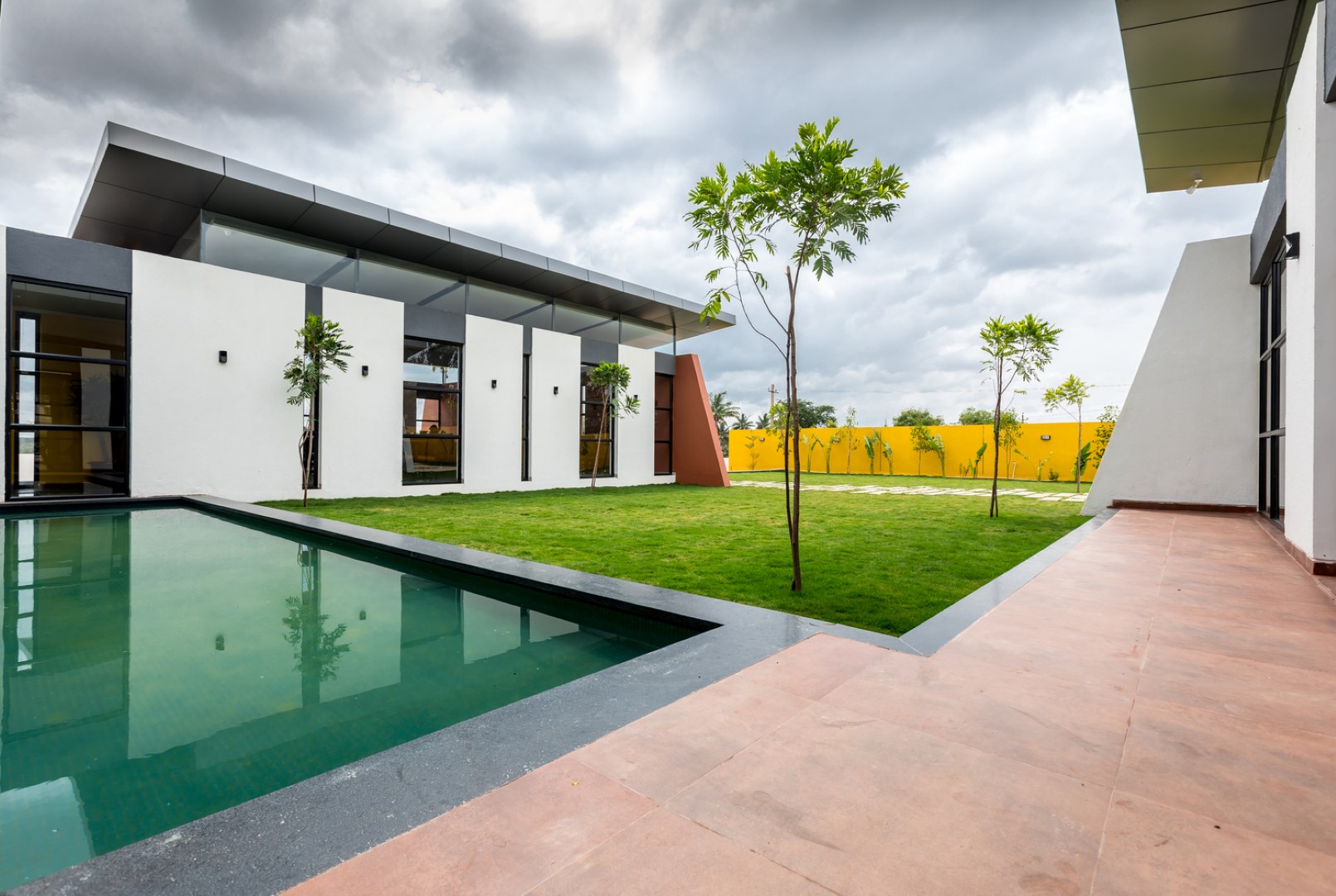 Taking inspiration from some of the oldest and most popular darshinis in Bangalore, where old trees and bustling traffic added to charm of the entire setting, we decided to focus on the pause, rather than the journey itself – thus providing a respite for the travelers and inviting them into spaces that encourage a slower pace, some contemplation and conversations over the same plates of steaming idli-vada and coffee. The site played an important role in design development, offering us opportunities for conceptualizing certain spaces and allowing for a clean, strategic plan. Located on a highway with rustic landscapes on the northern side and an approach road abutting the southern side, the site was the perfect setting to establish a dialogue between nature and the built spaces; blurring the boundaries between the two in the process.

Journeying through the highway, interlude here, one is greeted by the tapering walls and the inverted sloping roof that is perfectly framed by the beautiful Hoskote skyscape. Walking towards the main building, an infinite stretch of water draws one in, giving glimpses of greenery even at the rear end of the site.  Water placed at various points act as a catalyst, coalescing the myriad hues of the built and the unbuilt. On entering the restaurant, one is immediately struck by the large span of the dining halls, column-less except for two sentry-like members that flank both sides of the glass covered facade. An unhindered sight line created consciously by placing slits around the facade enhances the largeness of the space, thus slowly erasing the pre – conceived notion of a shut in hall, artificially lit and ventilated that usually defines such eateries. 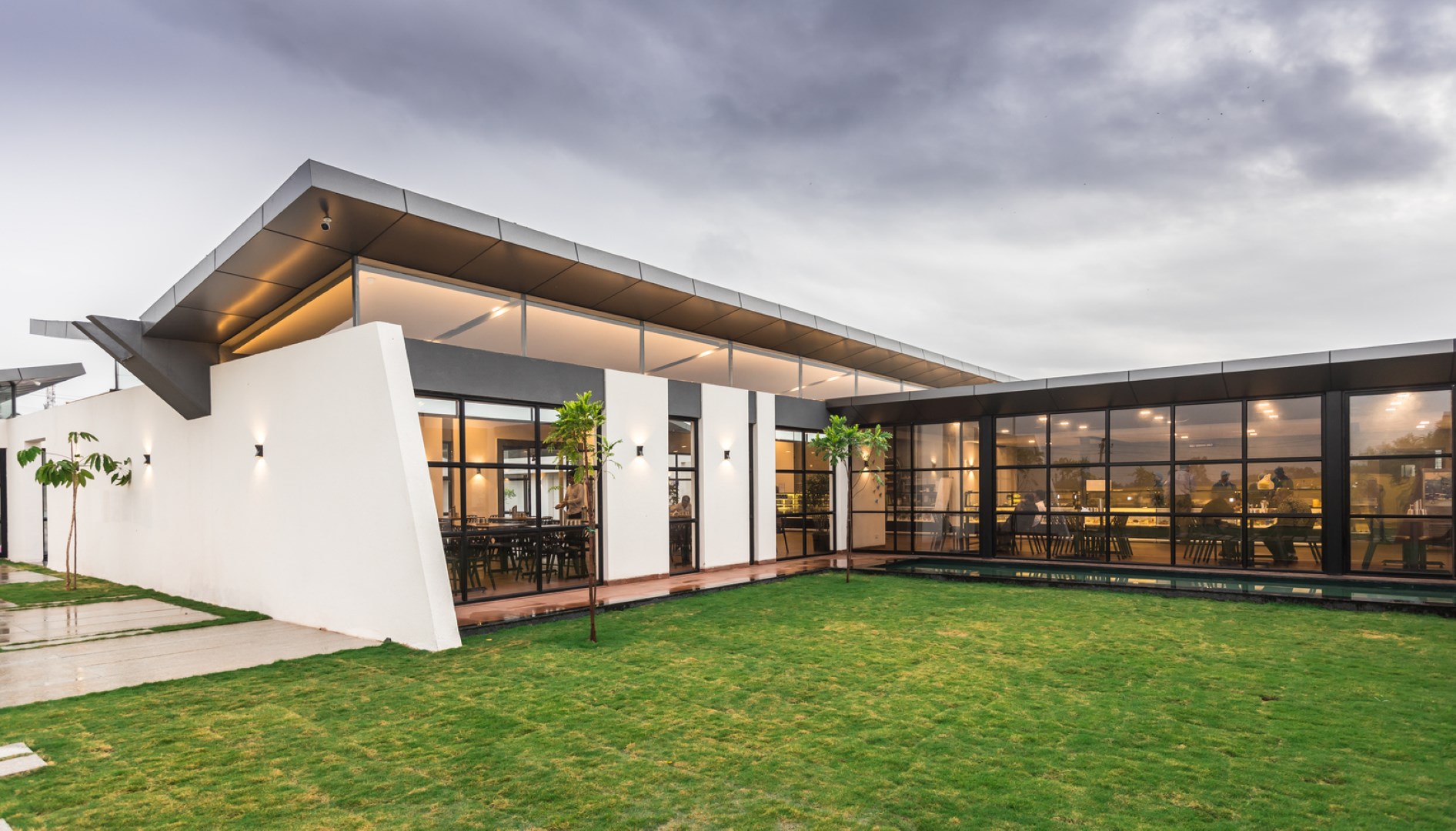 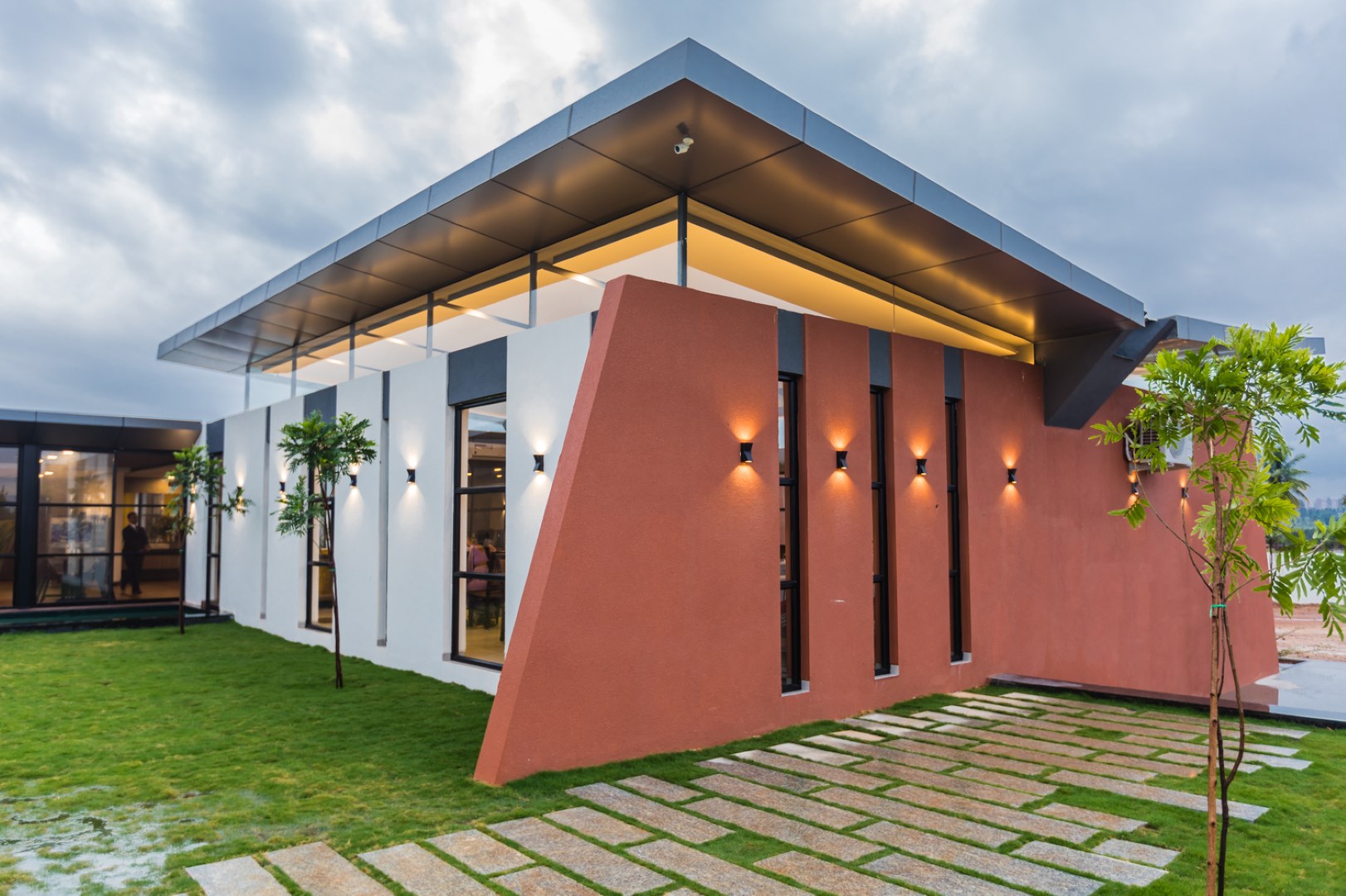 The 150 cover restaurant is unassumingly spacious, seeming to be larger than it is, never filled to bursting capacity, as smaller breakout spaces provide visual relief from endless rows of tables and chairs. The experience of dining midst nature is something that we worked hard to achieve, wanting to provide visitors not just food for the soul, but also food for thought. 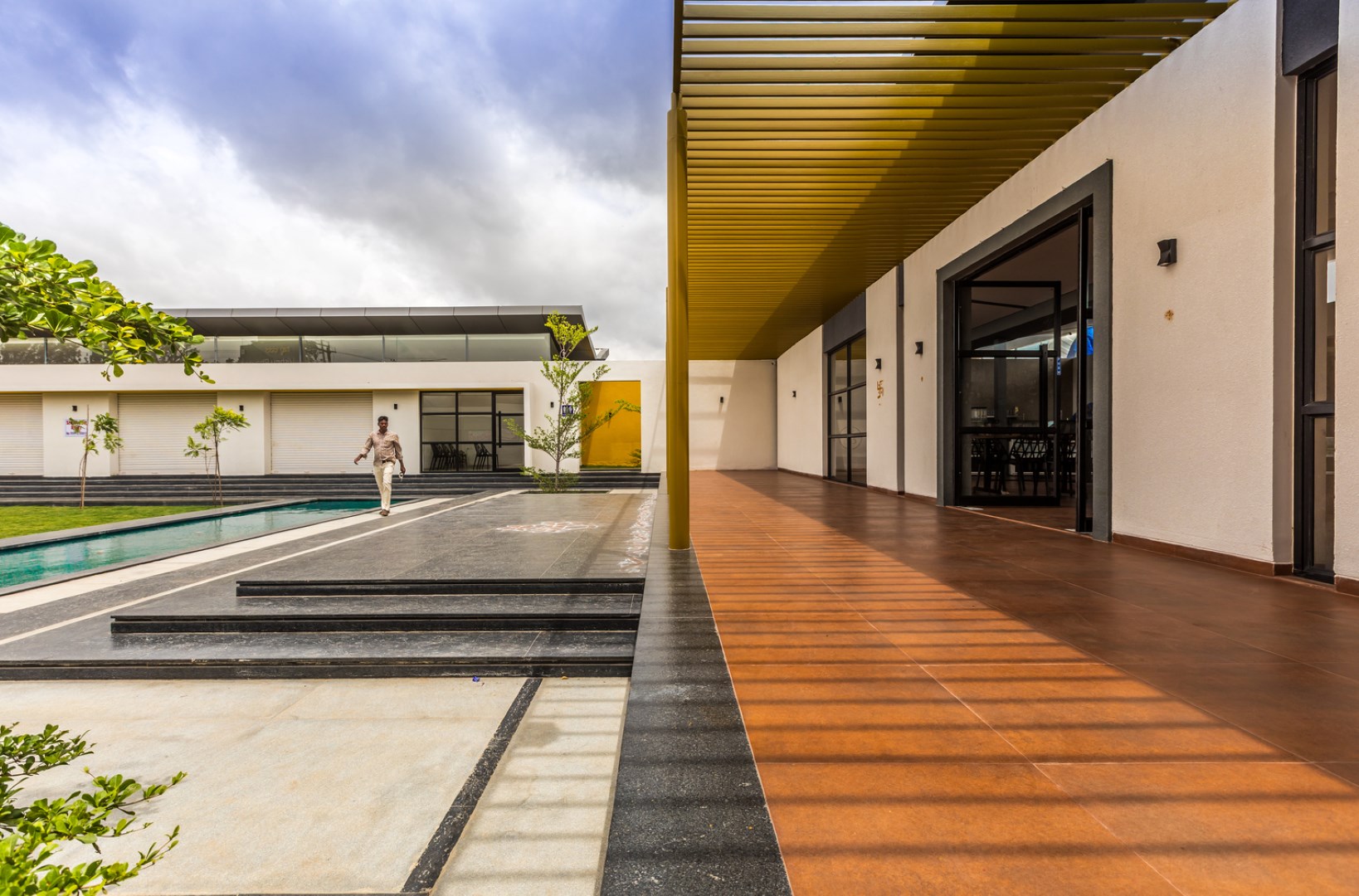 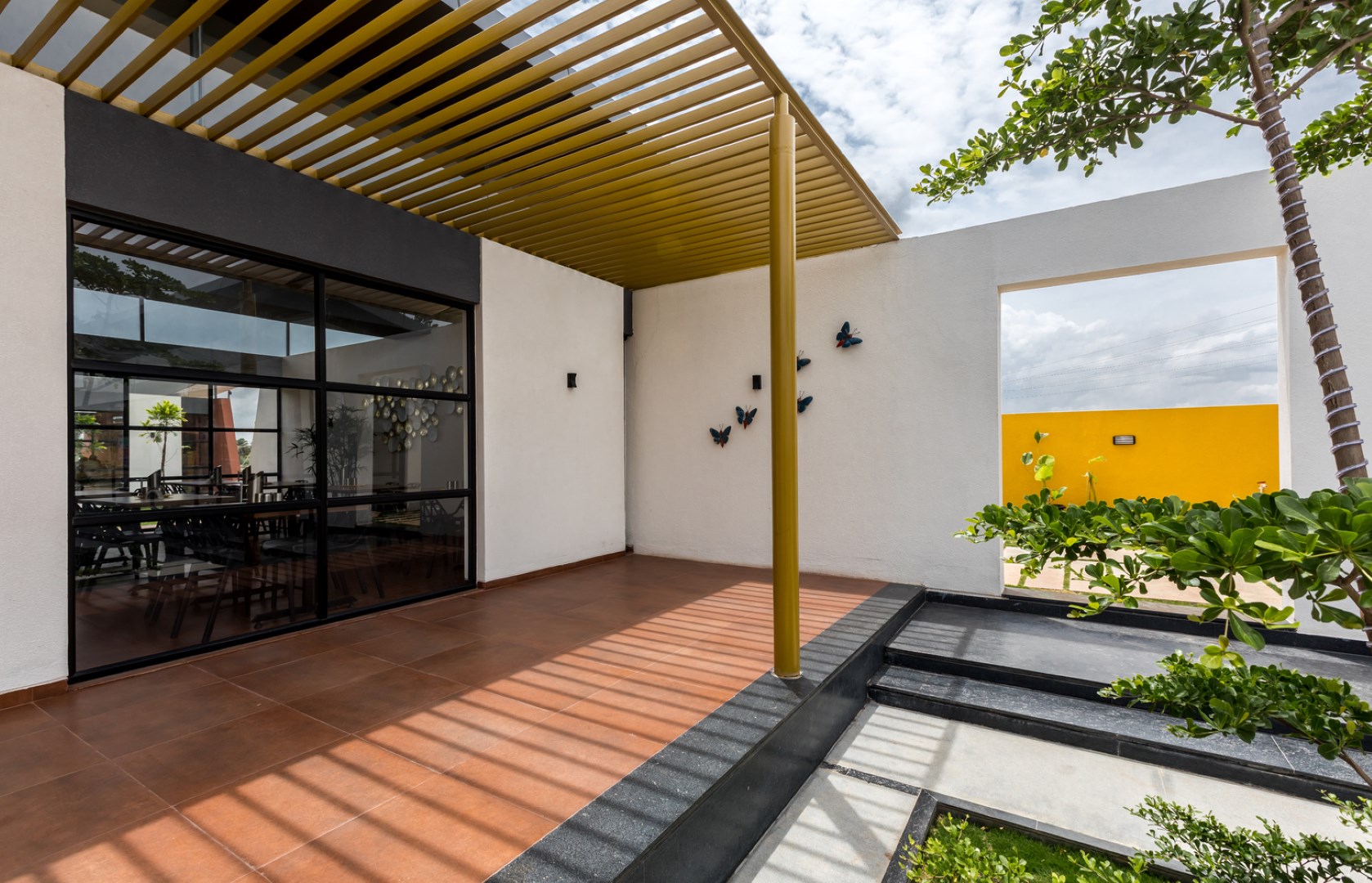 The structure was planned keeping a few of the functional aspects of the building in mind. The need for a drainage gutter for water from the two massive inverted slopes were eliminated by transforming the RCC beam that runs through the span of the building into a channel that allows water to cascade into a water body that blends into the exterior landscape. With an addition of a horizontal opening right below the roof, this was devised to break the massing and at the same time to guide one’s  line of vision to continue  towards the sky, and draw to a close in the rippling pool of water. 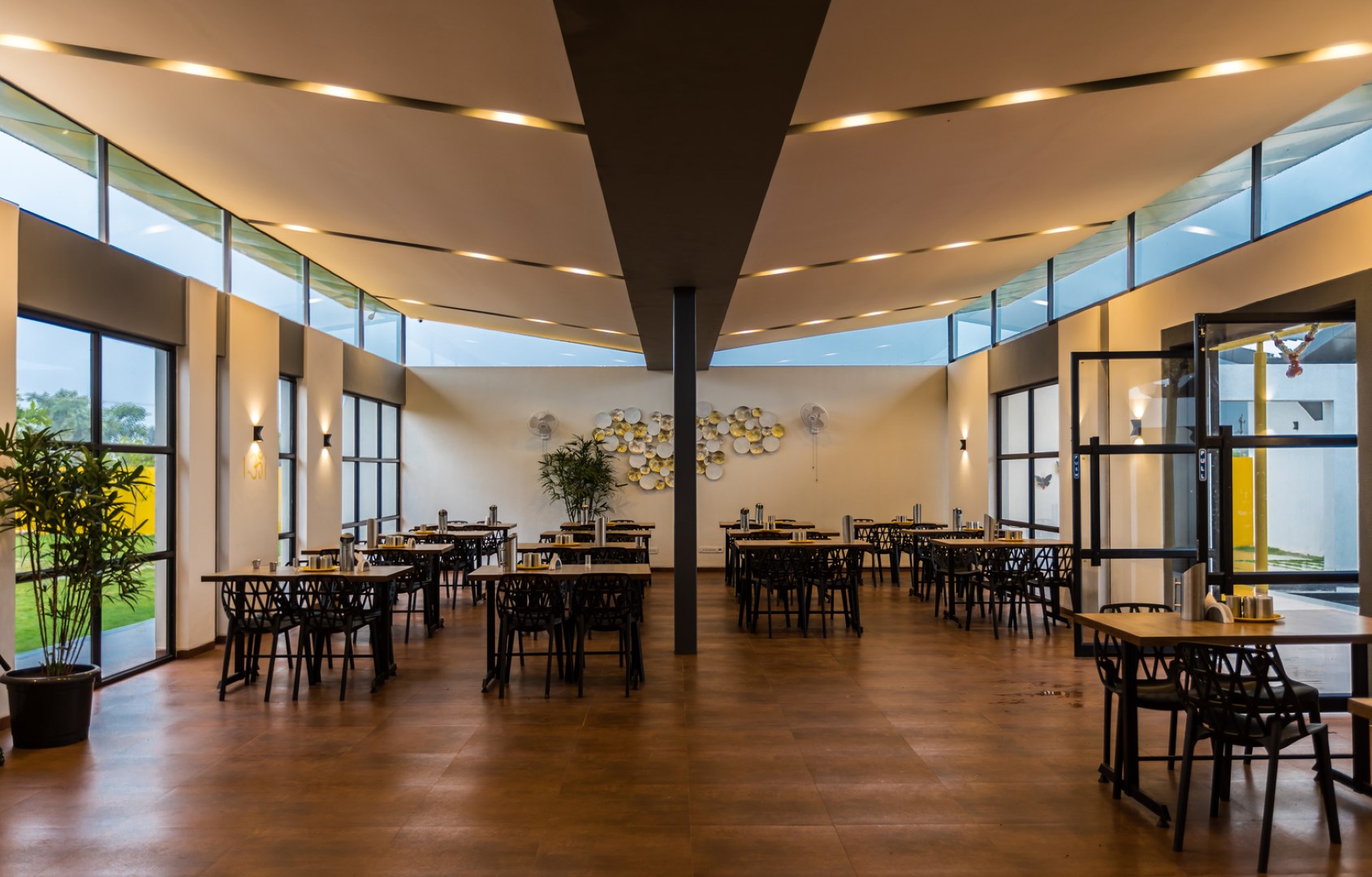 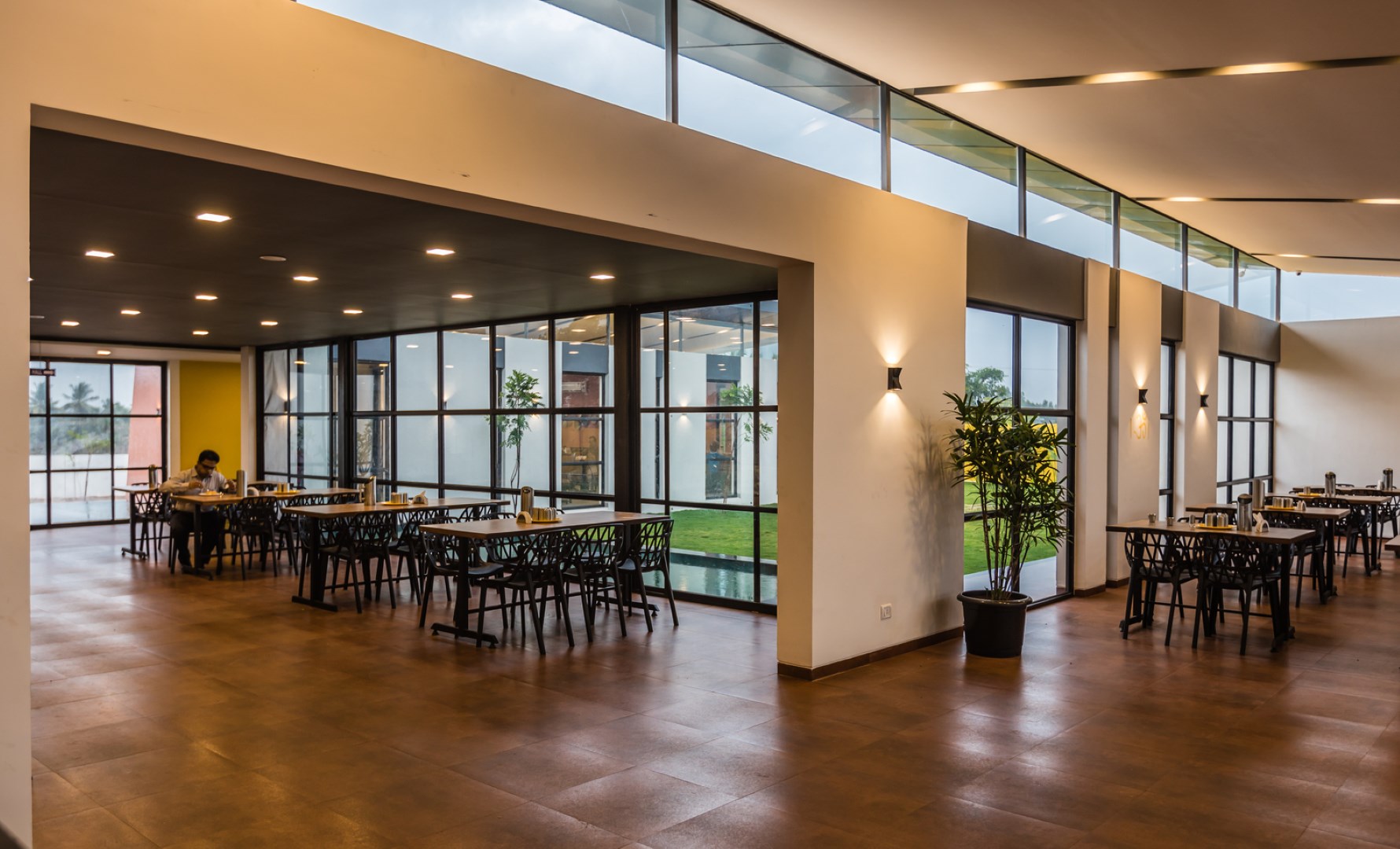 Though ideated from the original concept of a darshini, the design surprised all of us as it evolved. Each space serves its purpose and more, gently inspiring the random visitor to stop for a while – to enjoy the ambience, relish the food, take a few pictures – thus, pausing for an interlude in his rushed journey and fulfilling our desire to create a hiatus. This space as we have imagined it, has indeed become a rendezvous between nature and the hurried, weary traveller looking for an urban oasis . 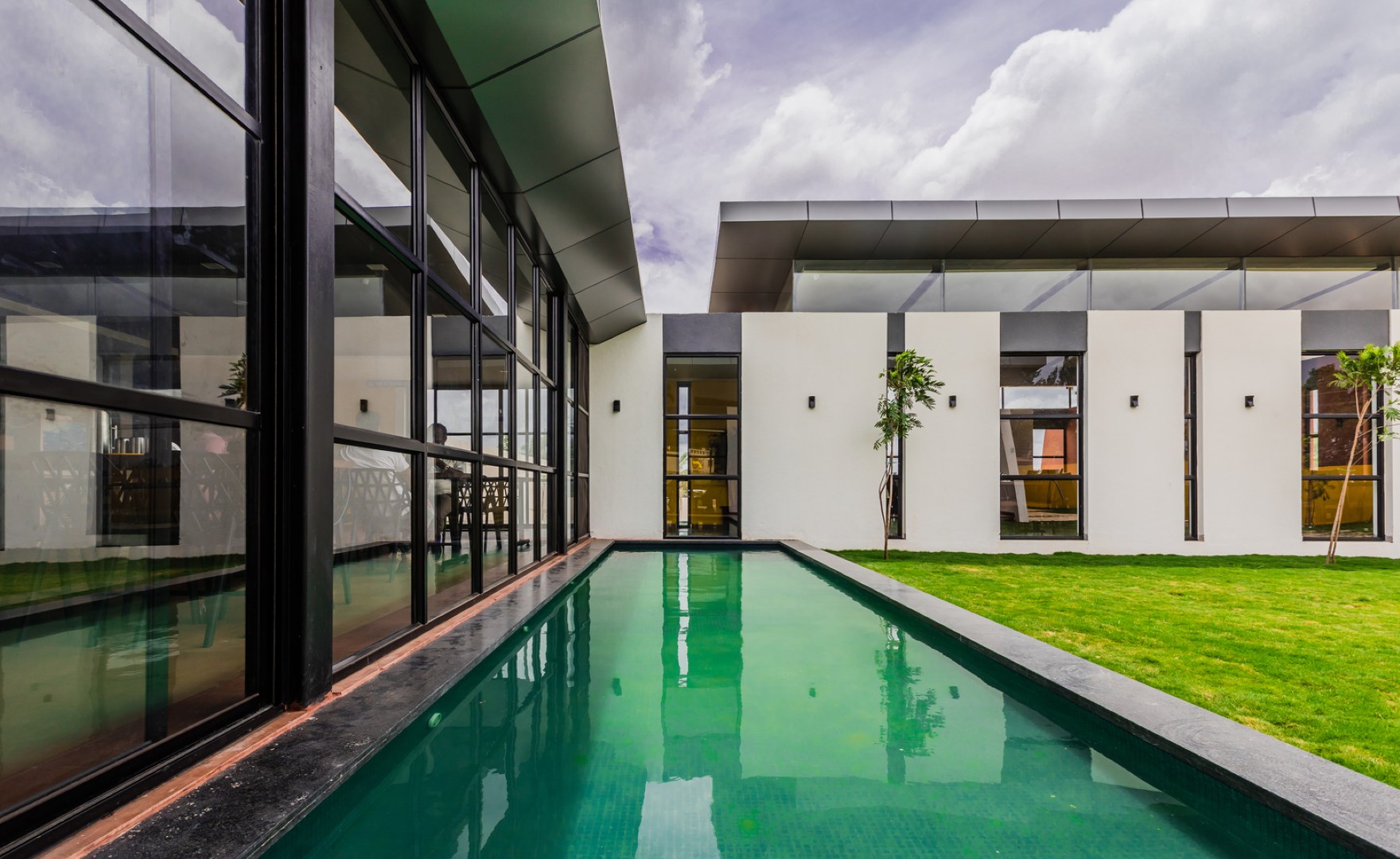 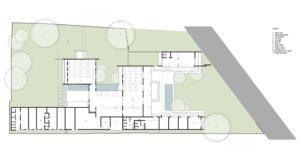 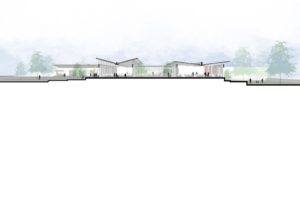 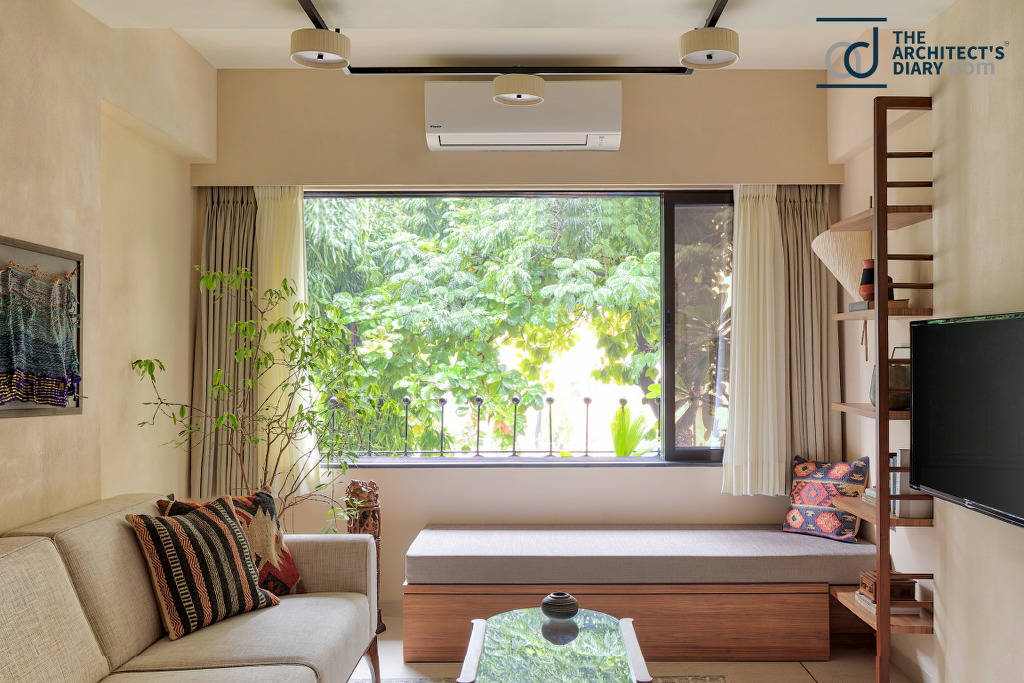 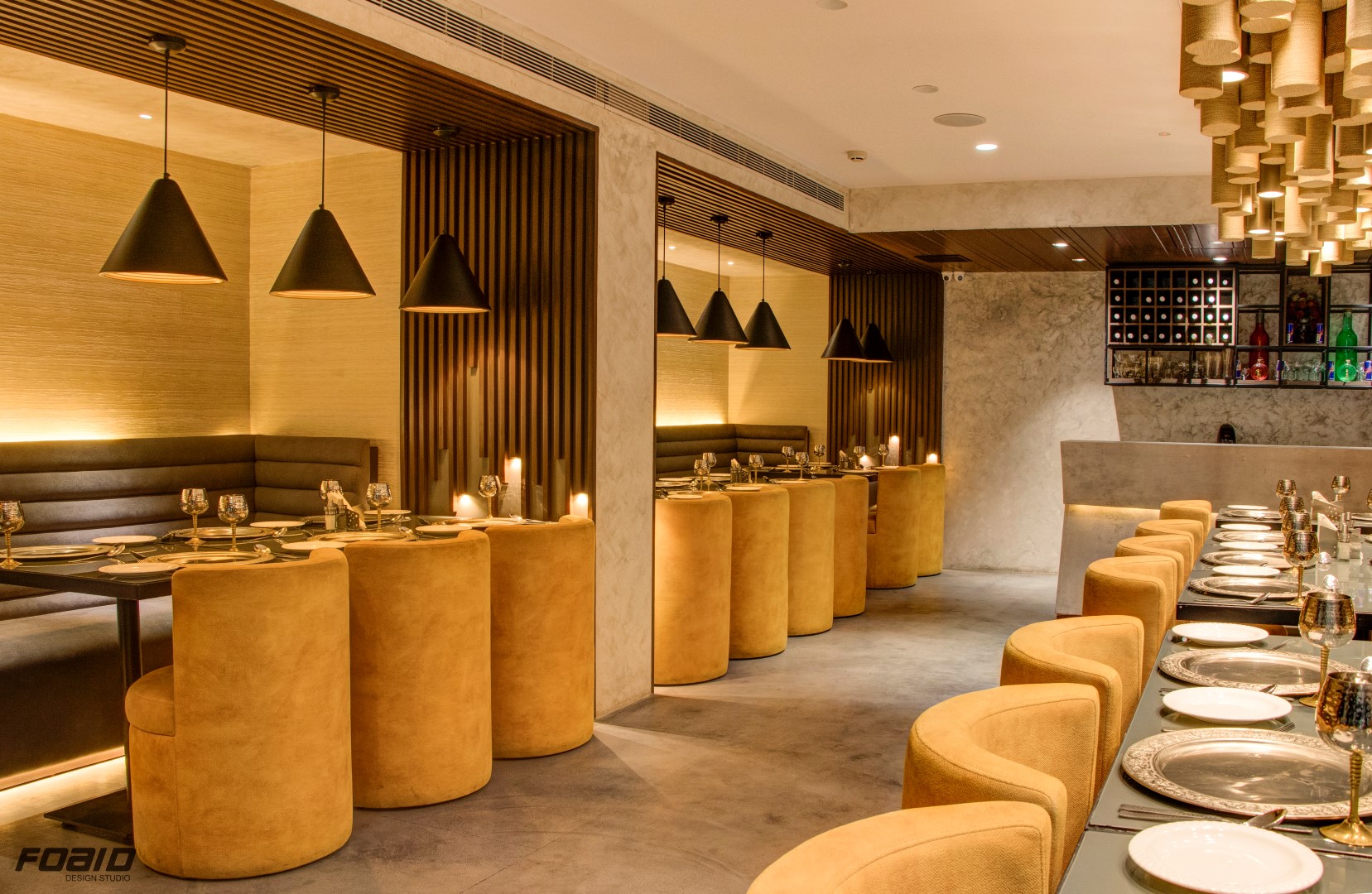 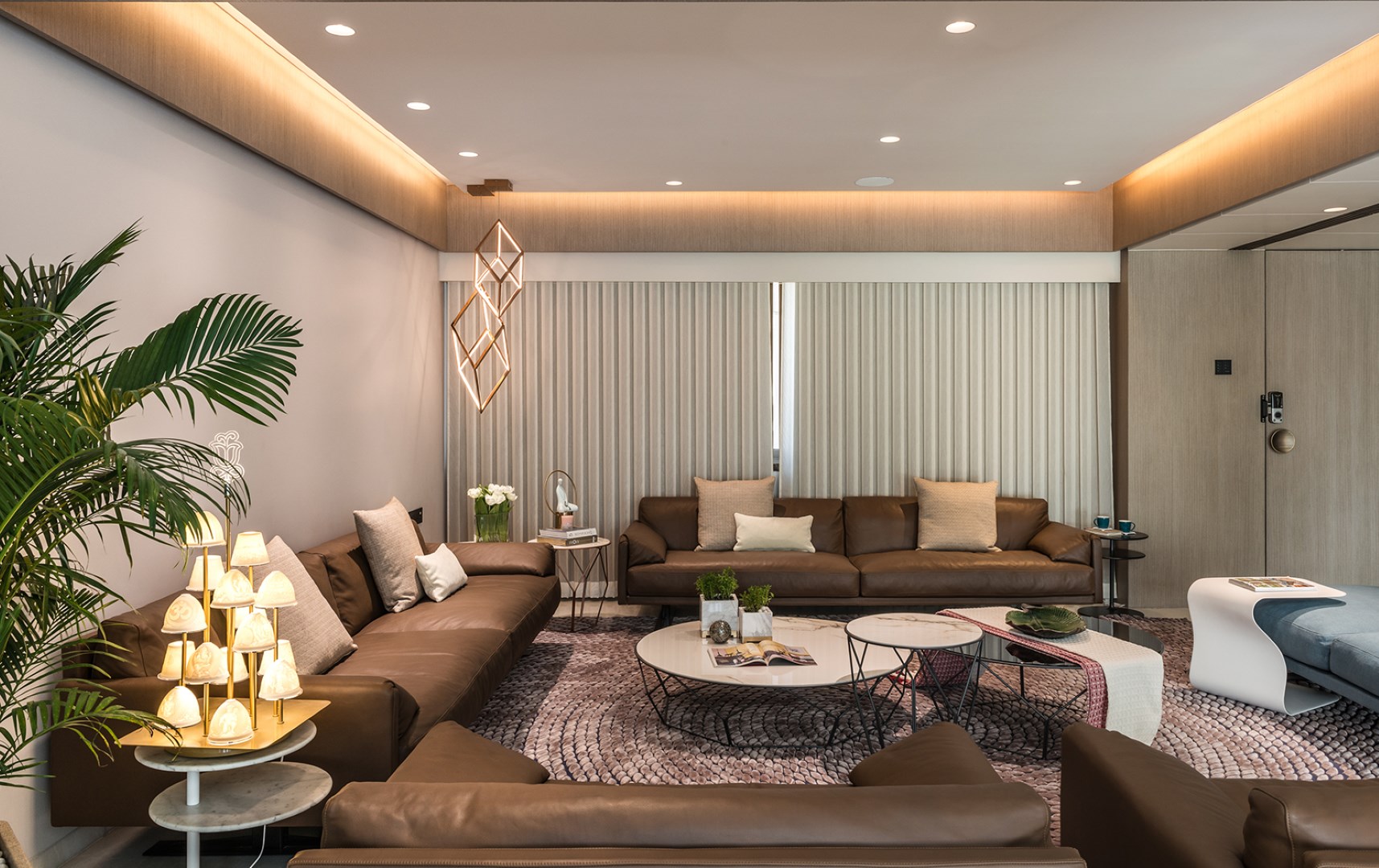 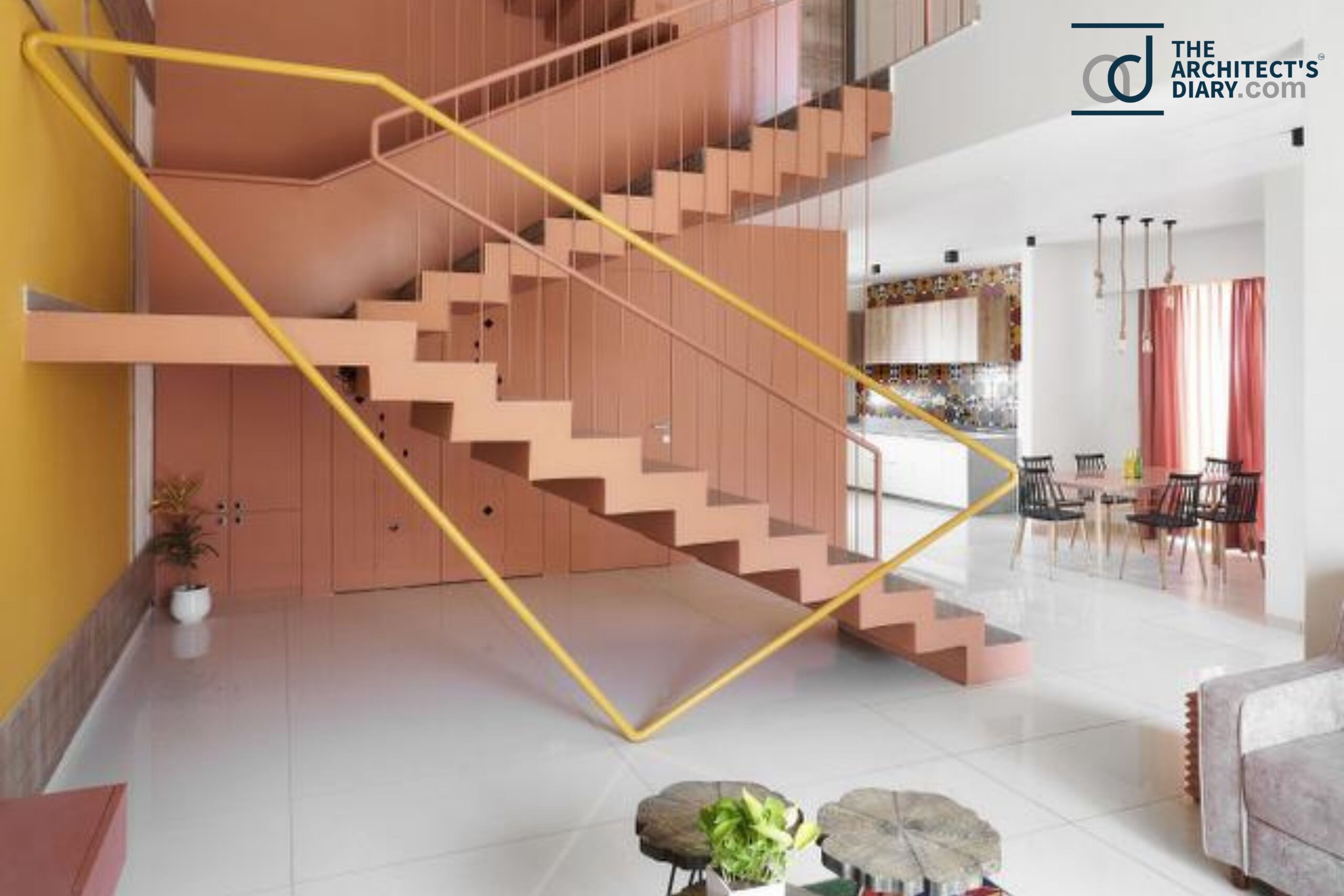 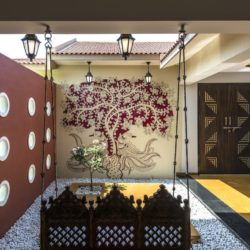 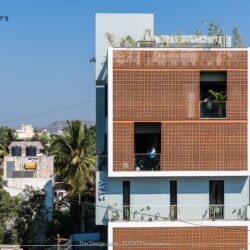 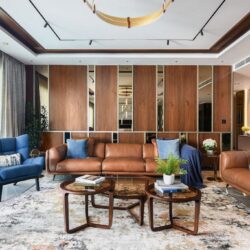 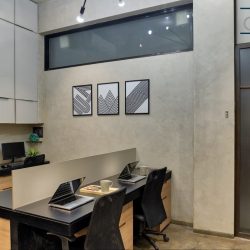 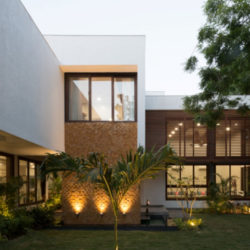