Text description provided by the architects. A linear sloping site facing the southwest, along with a busy highway, defined the context for this Corporate office in Calicut. The functional areas of the building are deliberately raised up from the ground, leaving the ground floor free as a multifunctional space. Thus the external landscape continues into the building and onto the raised portion of the land on the rear, which is articulated as an informal extension of the office space. This continuous space is resolved as a series of levels which allows the landscape to move in & out and form the spine around which all activities are organized. 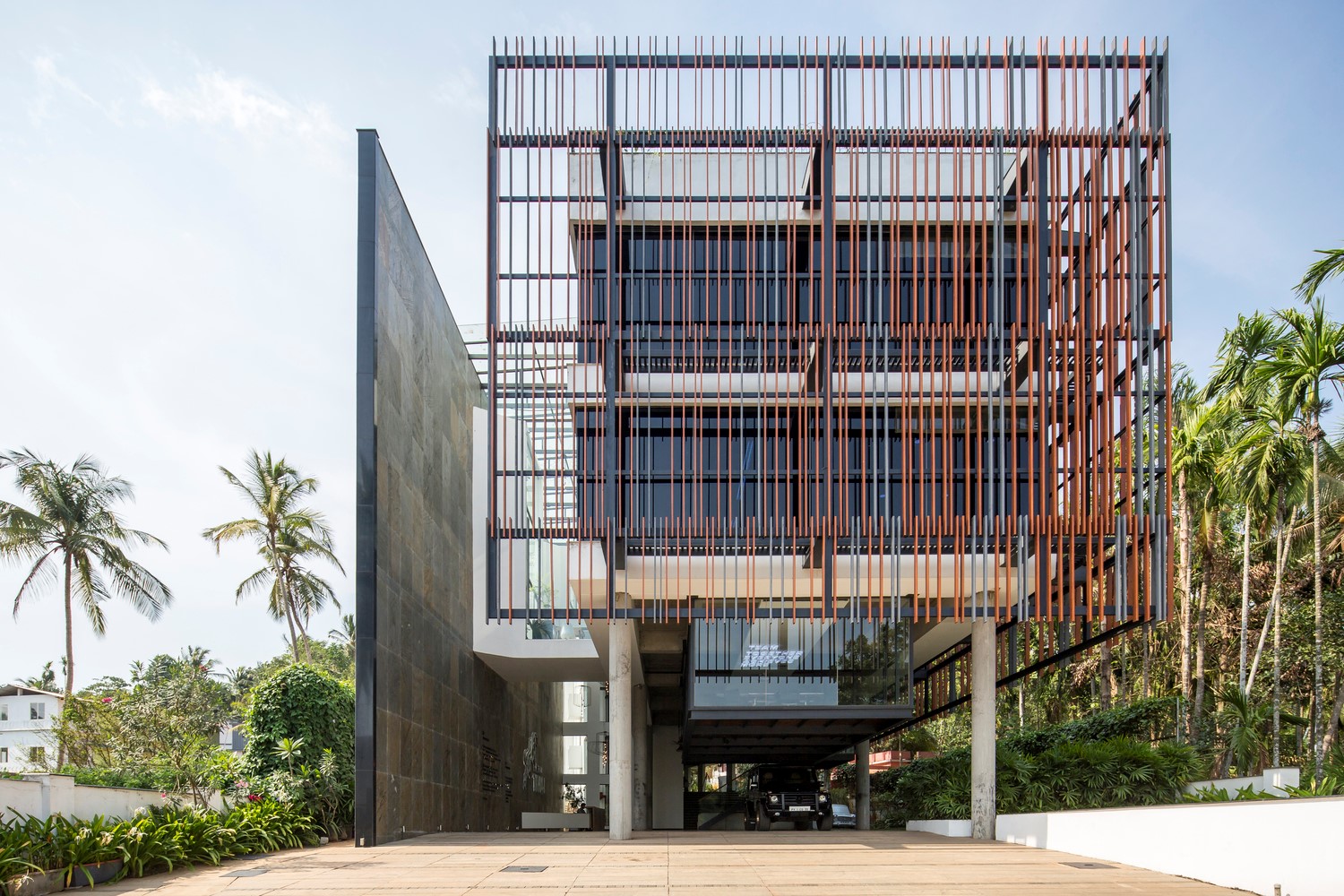 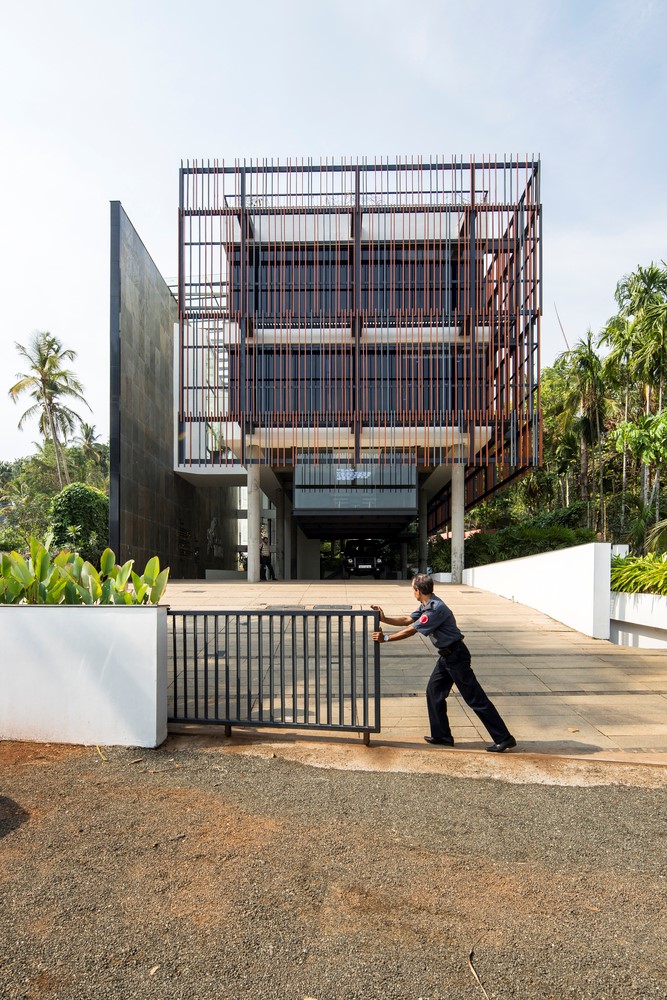 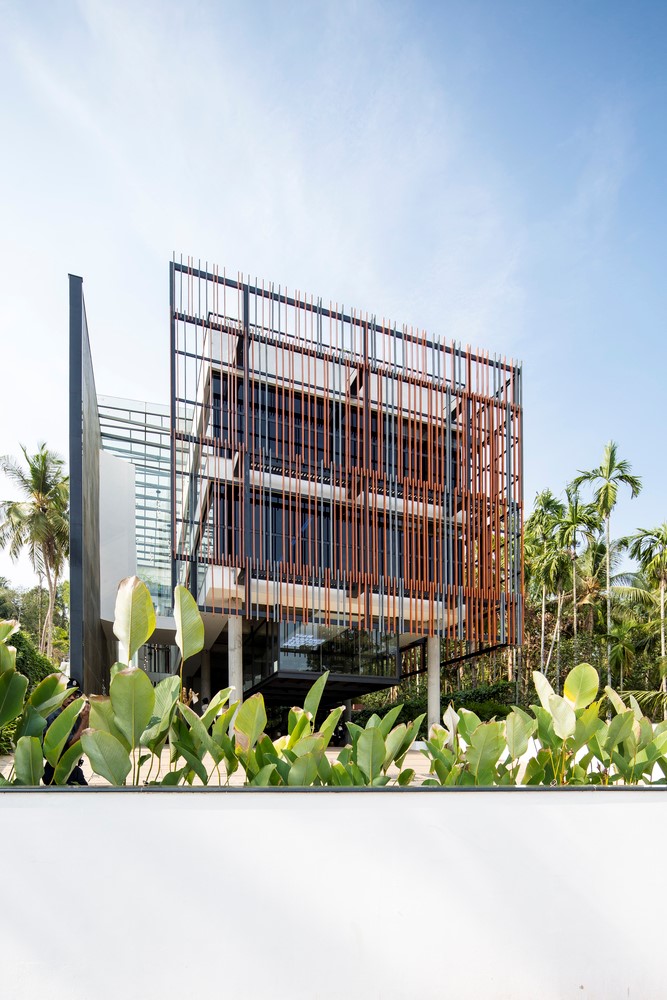 The functional spaces are protected from the harsh western sun by a high barrier wall on the periphery, which has got breakout spaces in between. Triple height spaces further aids in the movement of air. 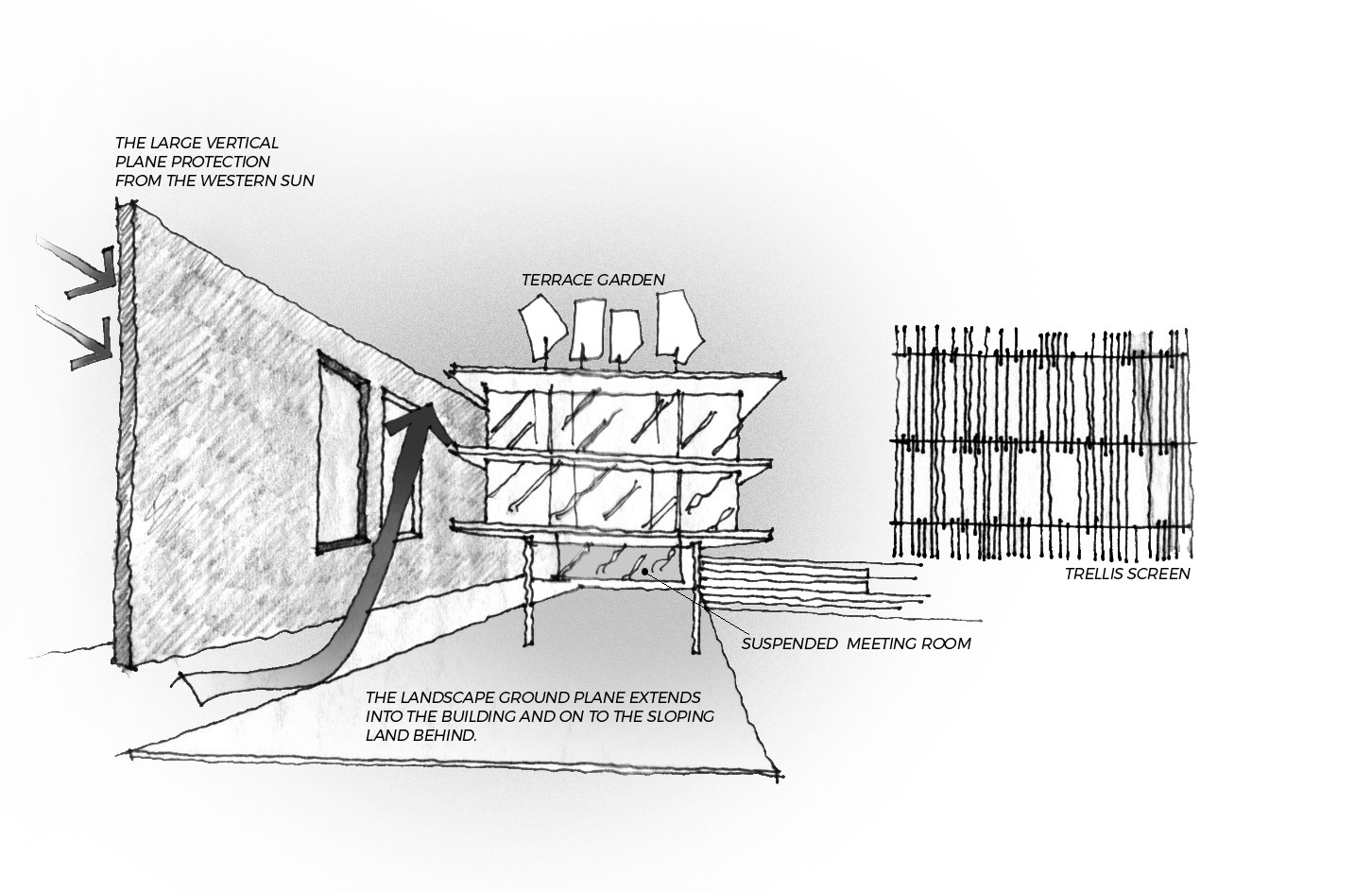 The office spaces are further sheltered from glare by a screen wall on the front and side. The terrace is converted into a garden and lounge which adds another layer against the hot tropical climate and helps keep the interiors cool. 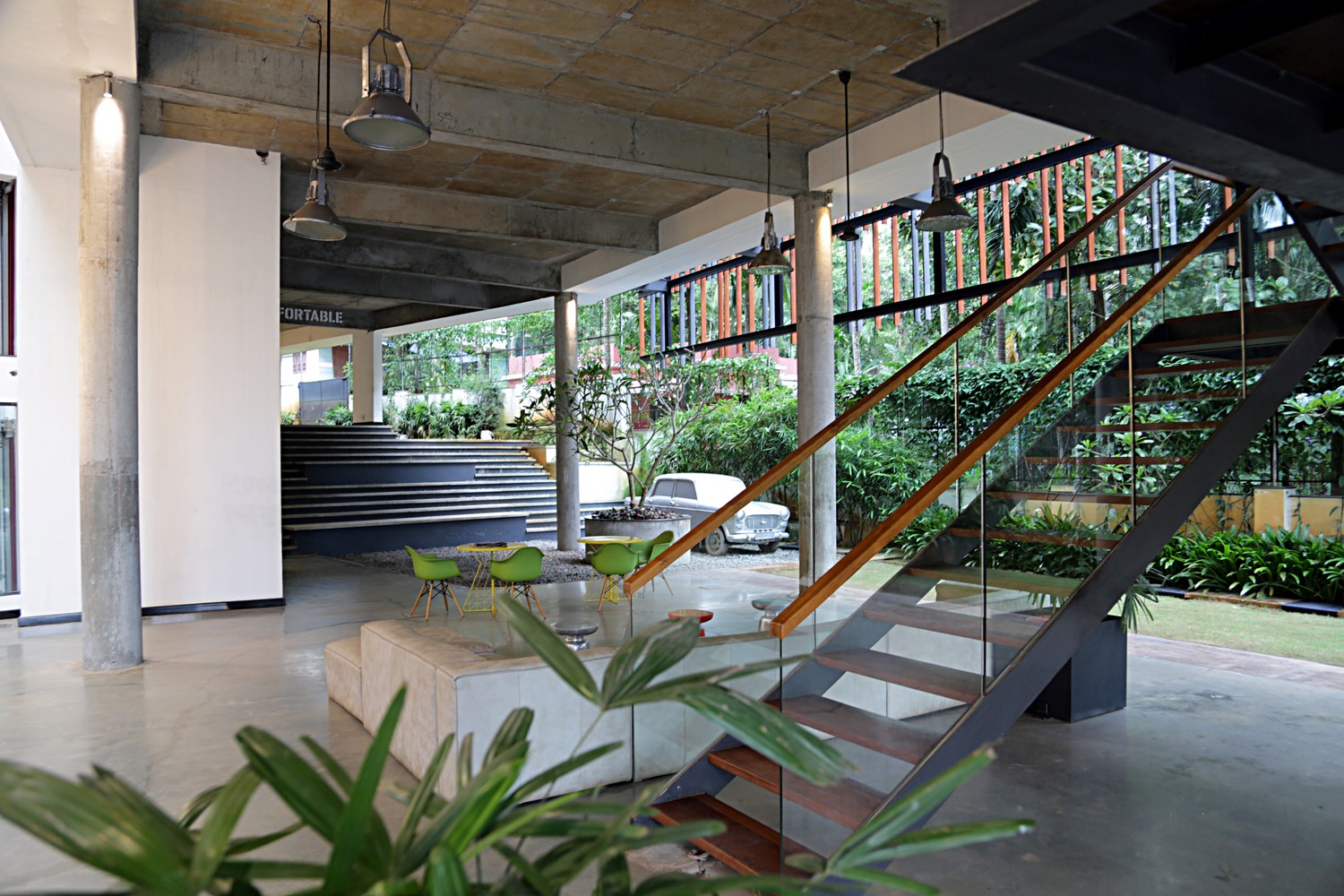 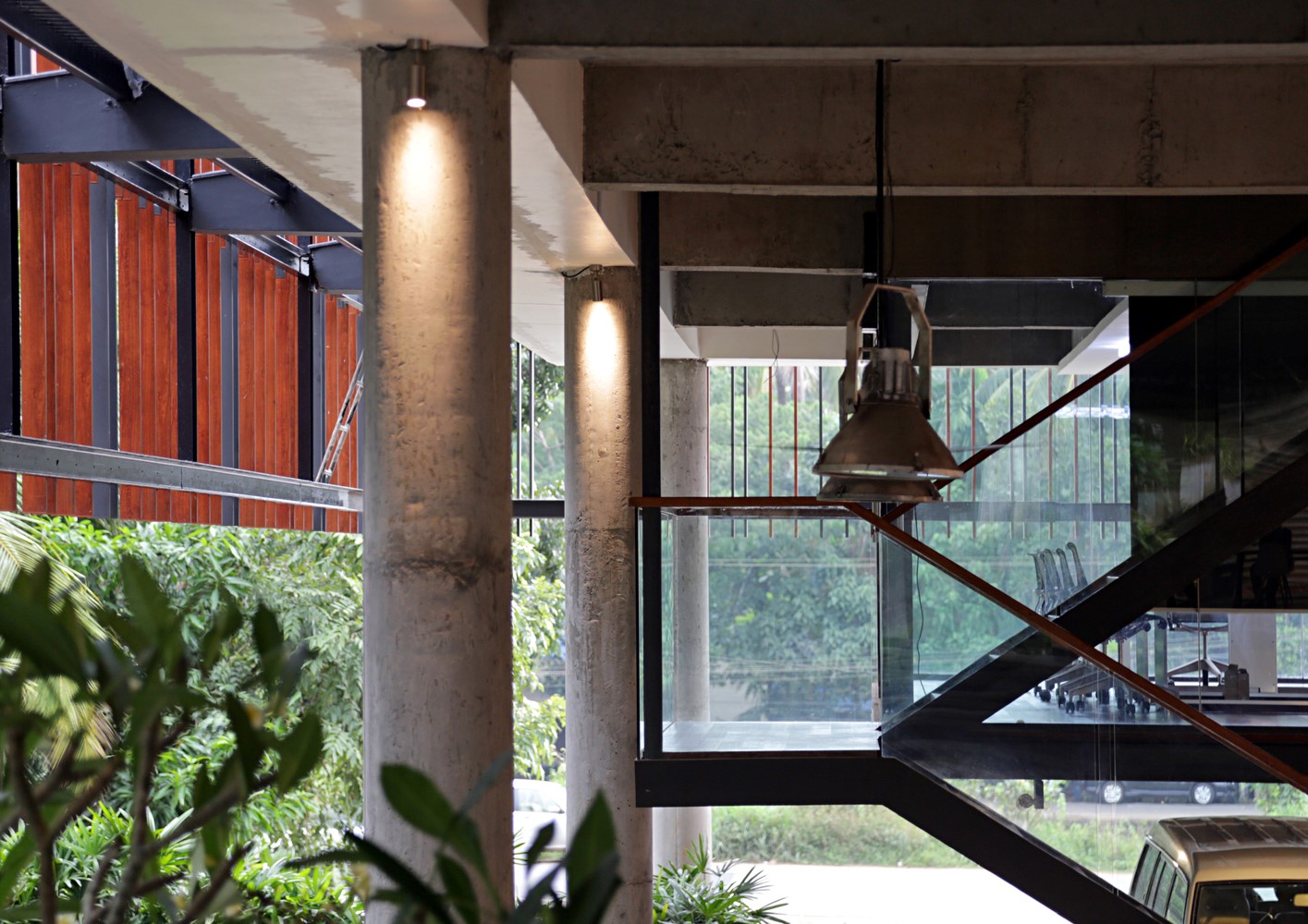 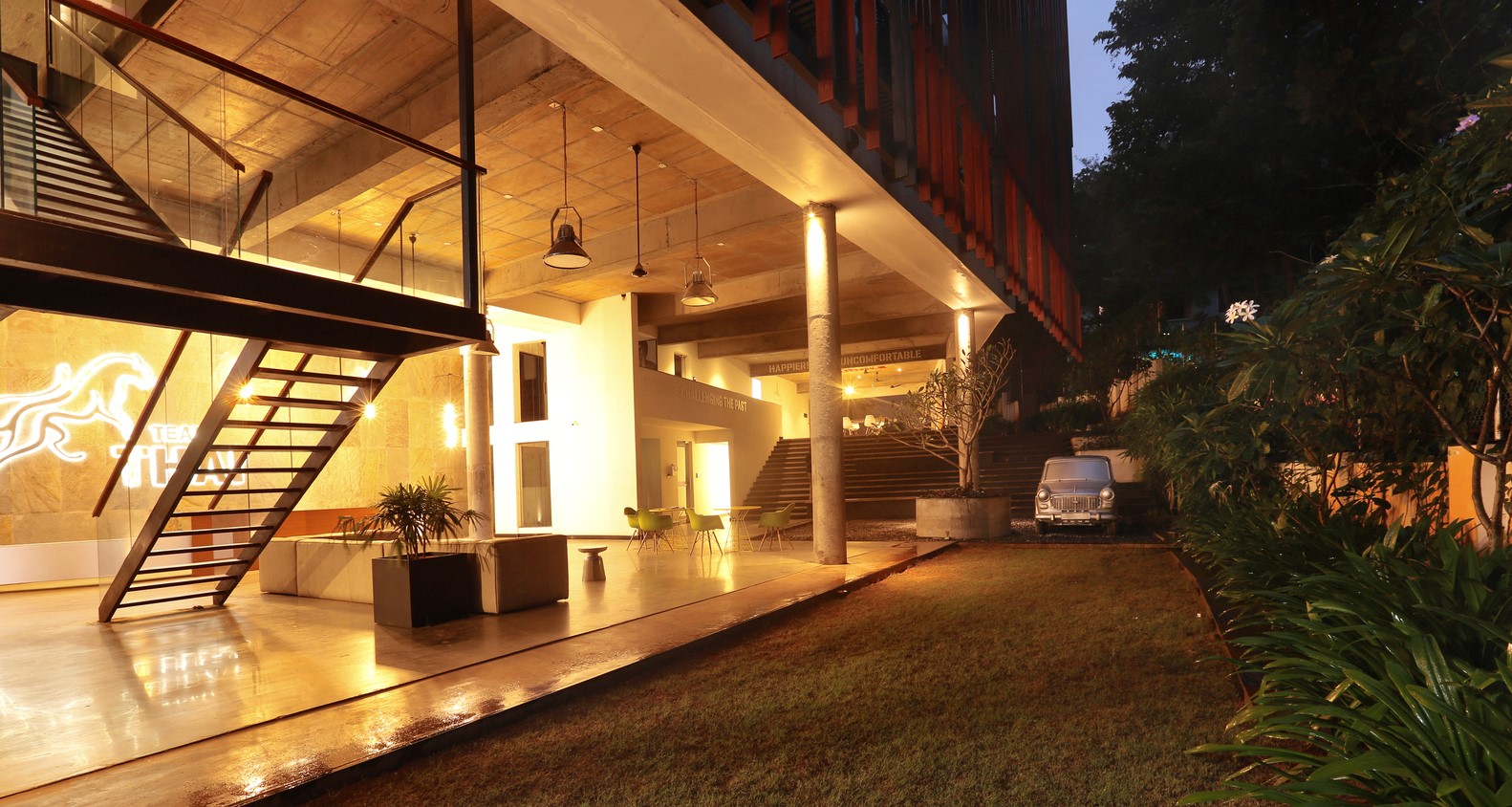 The front facade is designed as an interesting pattern of trellises to cut out the harsh sun, while at the same time allowing plenty of ventilation into the spaces. The open planning of the interiors further accentuates the overall openness of the office and sets the tone for a vibrant working atmosphere. 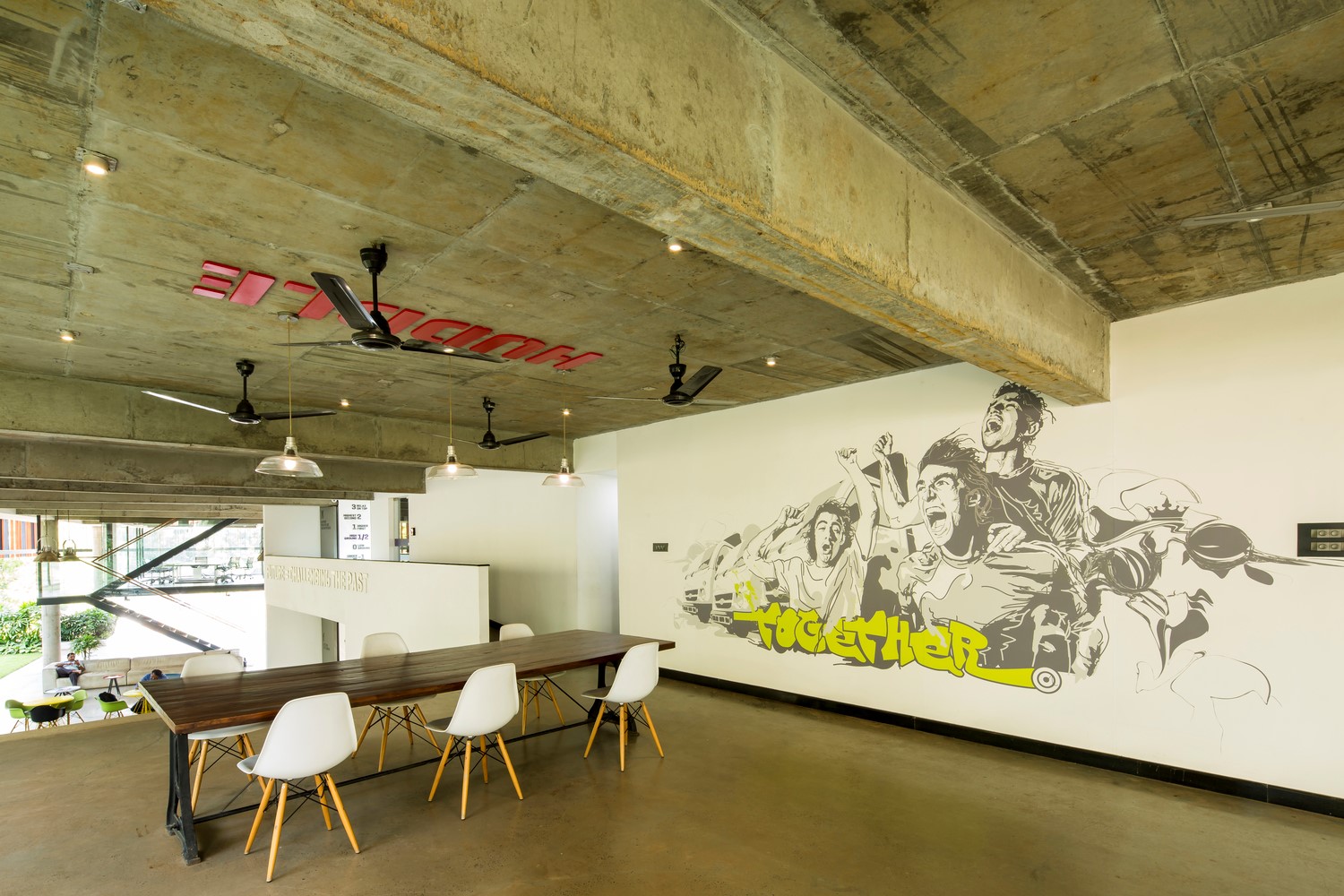 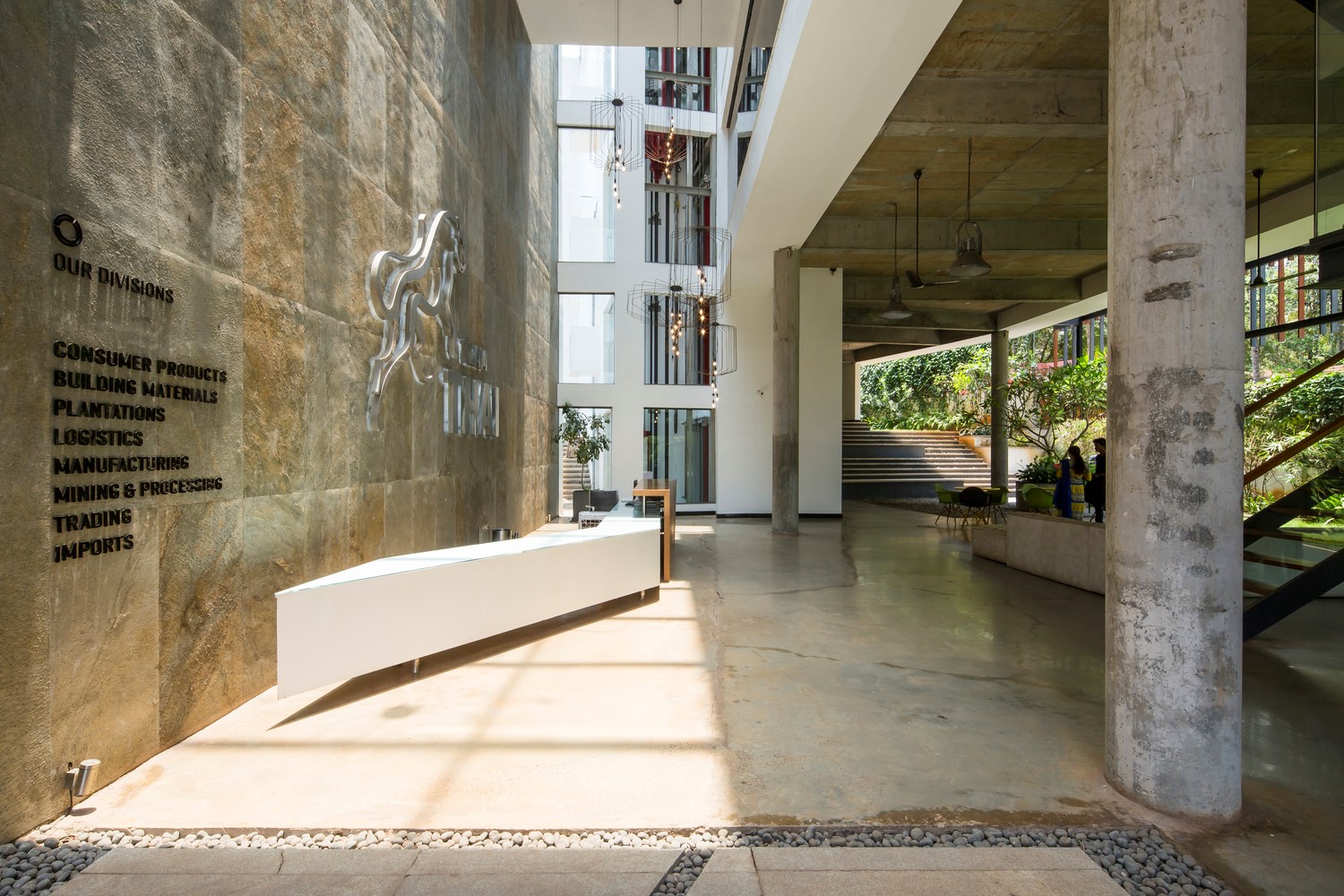 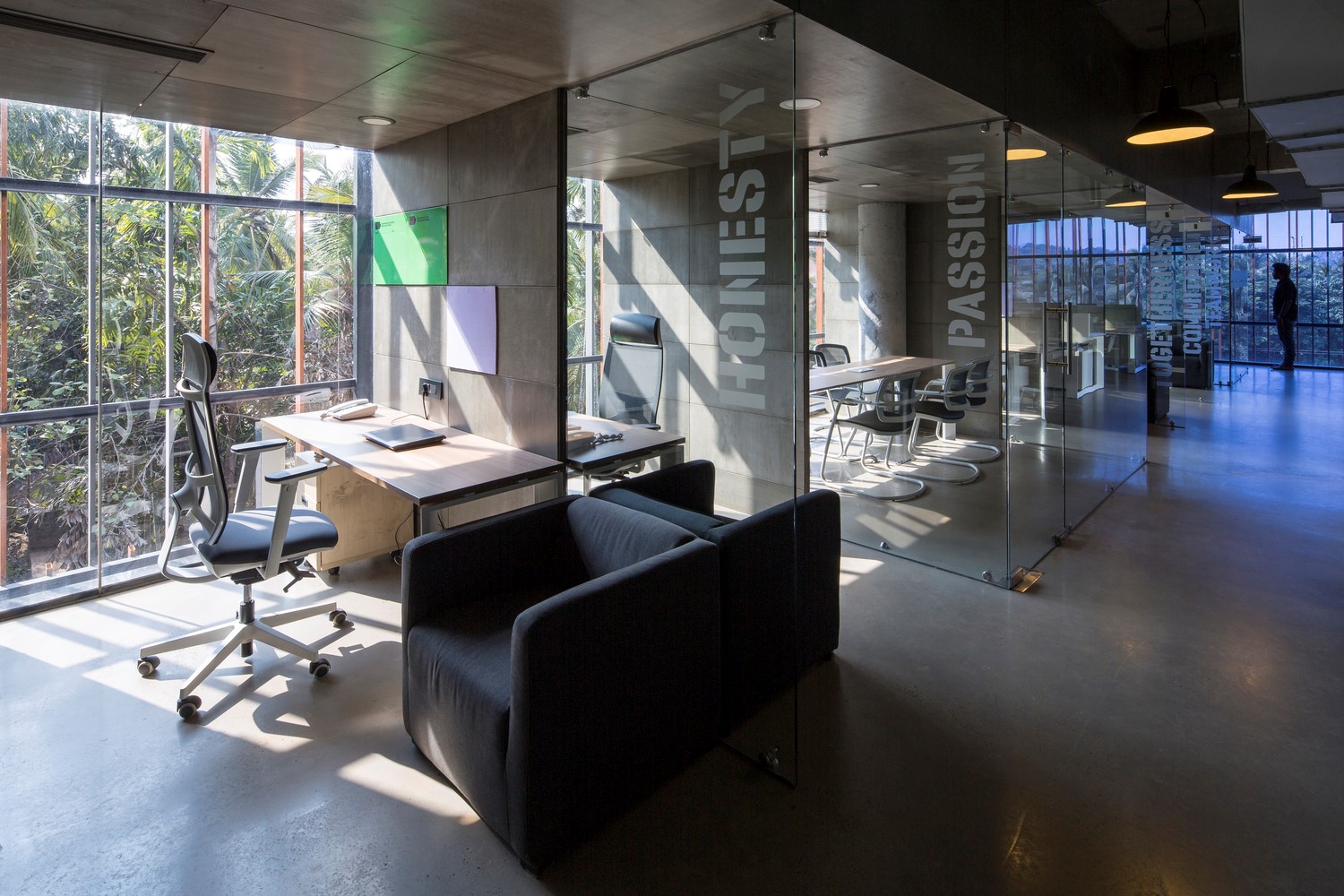 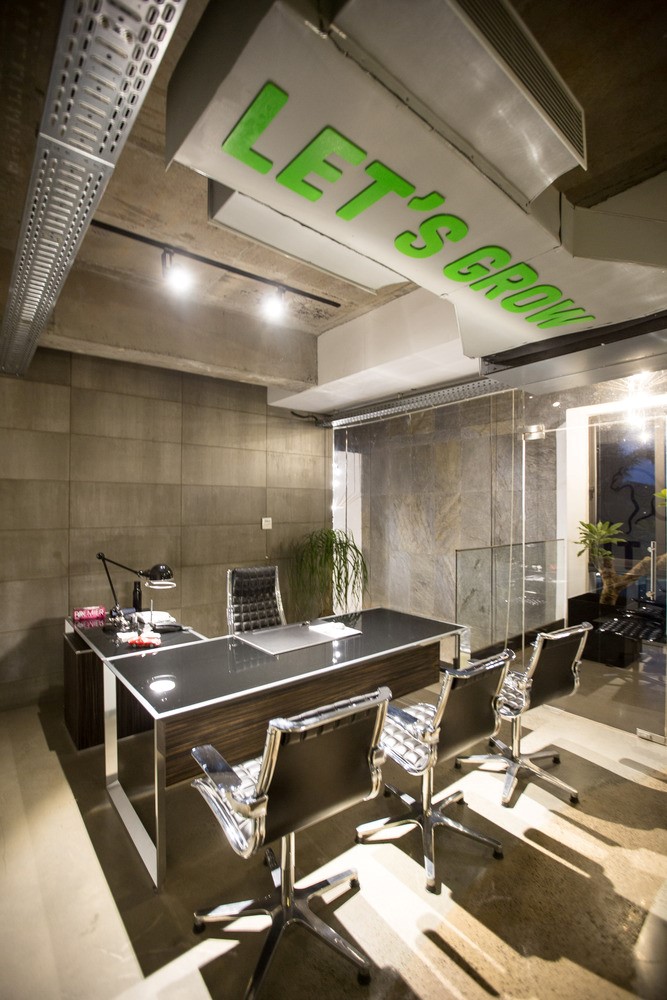 There is an inherent truthfulness in the use of materials, most of which are left exposed – polished concrete flooring, cement board partitions and exposed concrete ceiling. This rustic theme is contrasted well with the sleekness of glass and the surrounding greenery, which creates an ambience of working amidst nature. 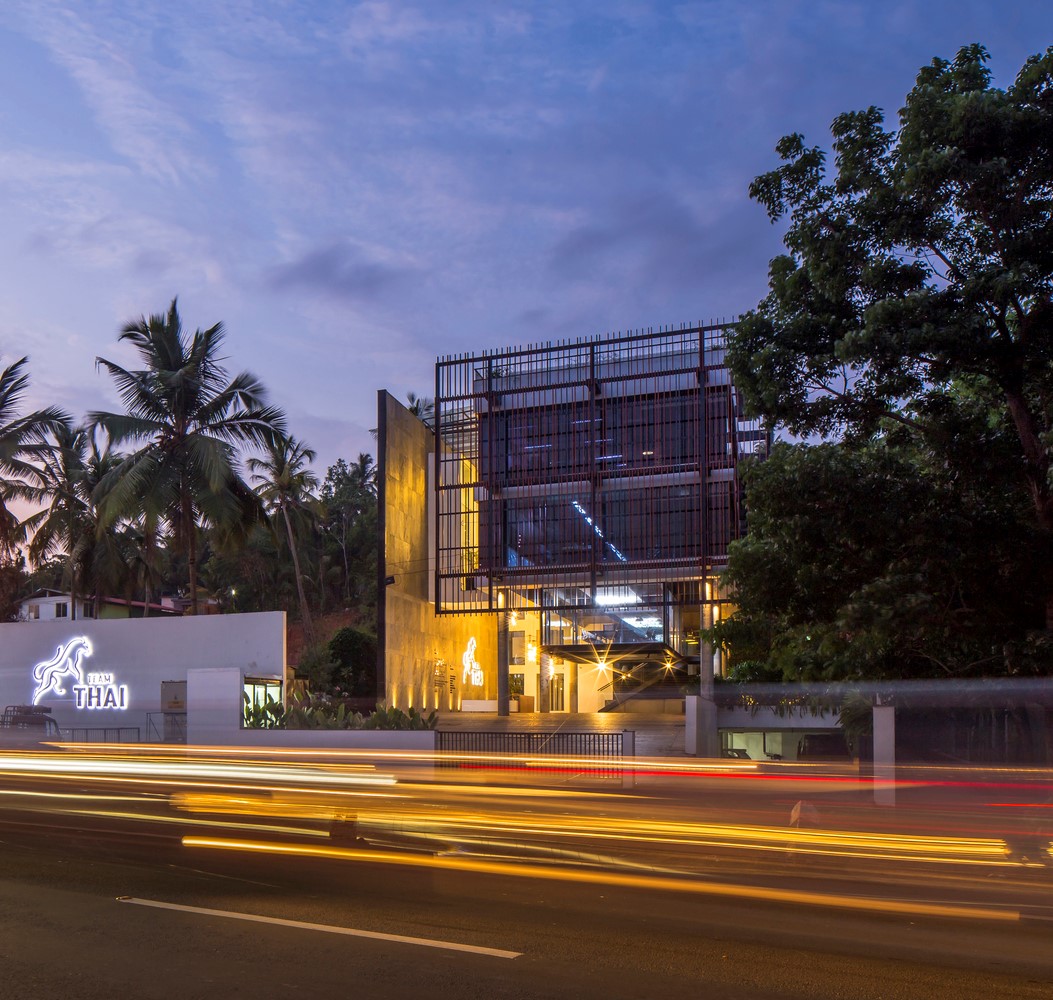 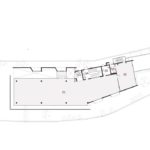 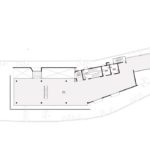 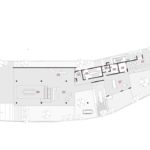 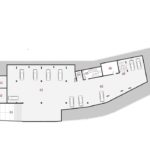 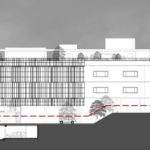 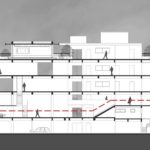 One thought on “Corporate Office Design for Team Thai | STAPATI” 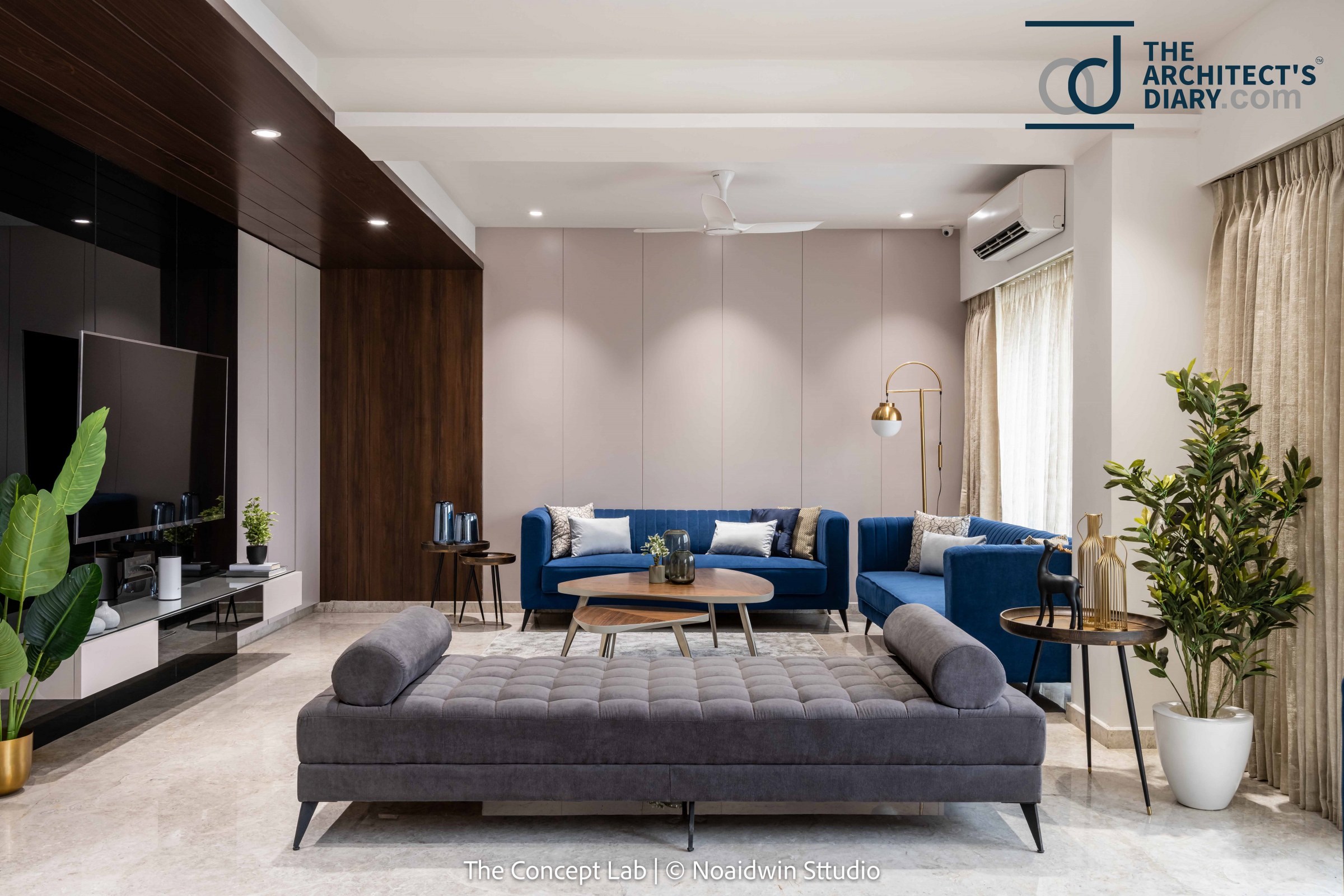 Penthouse By The River: A 4BHK Home With Intricate Interplay Of Textures | The Concept Lab 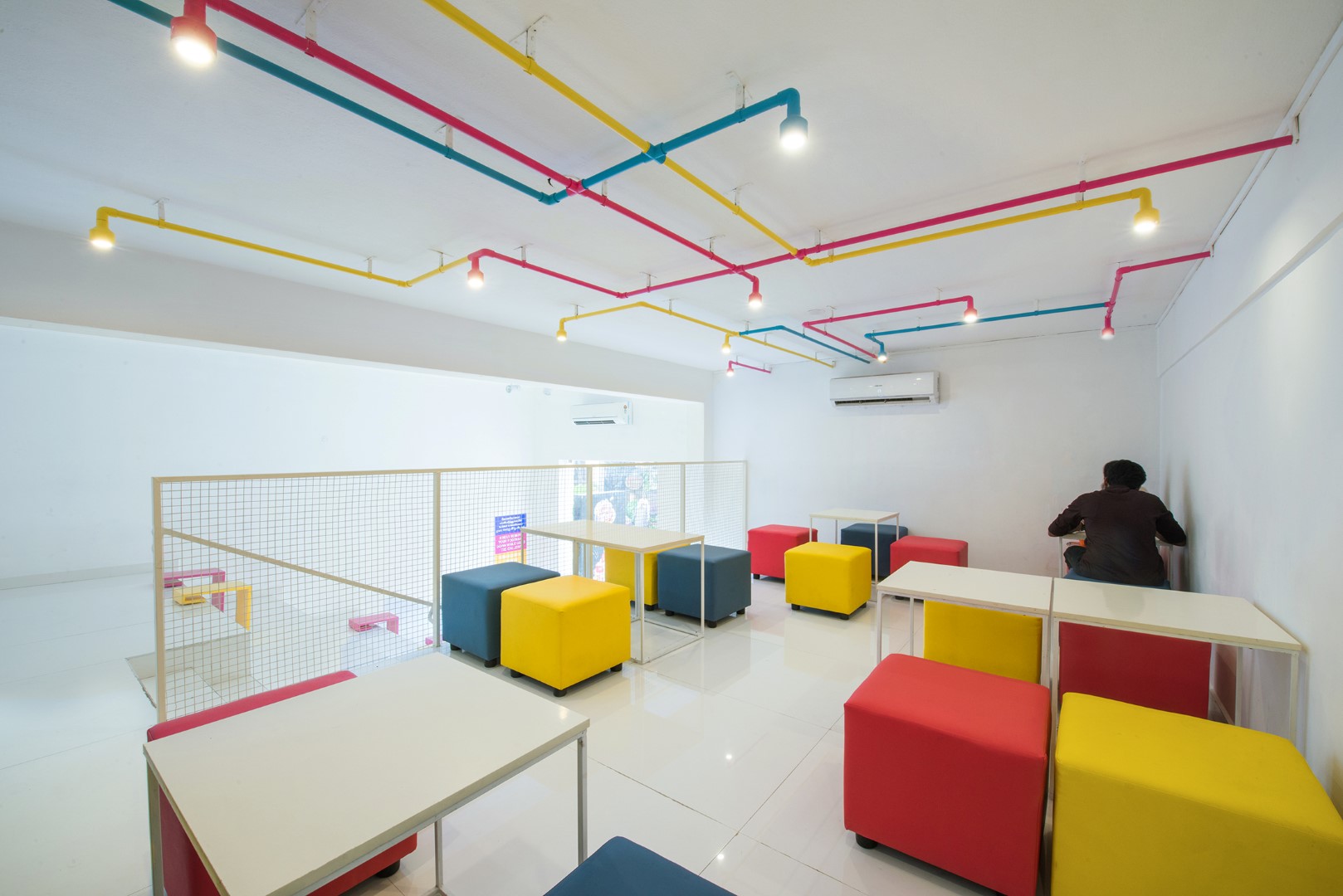 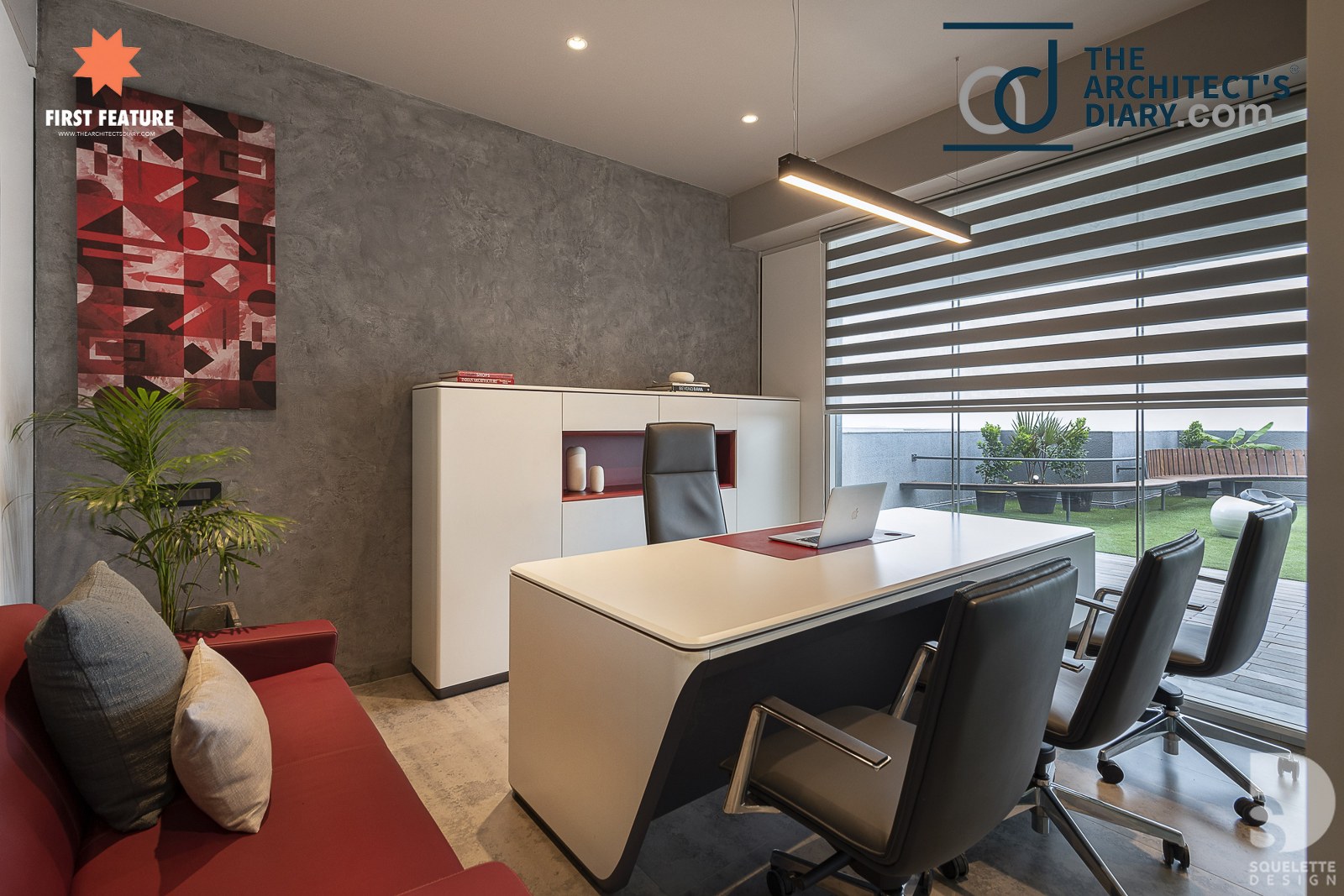 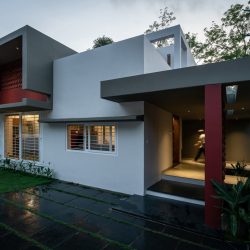 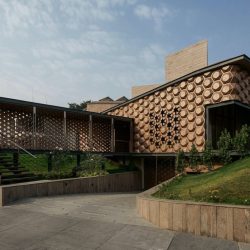 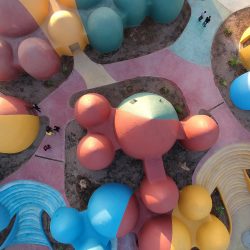 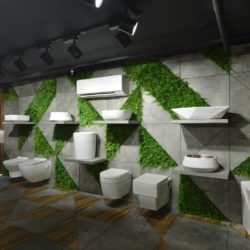 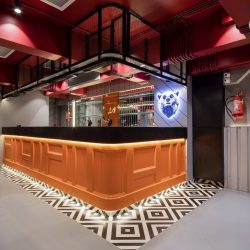