It is a renovation project, named White Villa, as the existing building has been preserved and its structure reinforced and only volumes have been added to improve its spatial performance. The house was designed for a young couple who wanted a peaceful weekend retreat. Free of the city’s uproar, they wanted to hold private ceremonies and social events. The house was designed in order to be constantly in touch with nature, meanwhile maintaining harmonious in-and-out relationship and privacy (appropriate to the local culture of the region).

Heavily influenced by the characteristics of the site and surrounding landscape, which is defined by the region’s climate, the architect chose to embed the house in the topography. The intention was to employ free, renewable, and healthy resources especially, natural cross-ventilation, to ensure building blends in with its natural context. Nestling the bathroom space on the south side of the building (bedroom), not only helped to isolate the private parts from the garden zone (privacy) but also allowed improvement in thermal comfort and decrease thermal exchange between the interior and exterior parts, accordingly decrease in energy consumption. Using cavity walls and immobilized air within it were other factors that inhibit heat transfer.


In the garden zone, next to the entrance, stands the pool volume which acts as an air convertor, meanwhile uses the same architectural language. Considering water shortage, the existing pool’s volume (80000 liters) reduced (to 24000 liters). The remaining part divided into the utility department and Diwan (Diwan-khaneh), a cozy, social gathering space for family and their guests dug into the ground at a height of minus 180 centimeters. The architect chose a glass boundary between the pool and diwan space which transfers sun heat restored in water during daylight into Diwan space at night and helps improvement in thermal equilibrium.

The front facade has three large door systems and can be opened and closed (breathing) by hand easily. The door system protects the interior from too much sunlight, while at the same saving energy when closed. Pool (water), vegetation, wind, improve interior thermal comfort and door system and light help regulate micro-climate (sunny, windy, rainy) and thus giving users a customized view. Blurring boundaries between interior and exterior, the main living areas are coupled with terrace, pool, Diwan, and garden and offer inhabitants flexibility to combine spaces according to their needs.

On the north side of the building, the semi-opened volume(atrium) is defined as a new translation of Narenjestaan courtyard in Persian architecture; at the same point, elevated above Narenjestaan, the design represents a new morphology of prototype Persian windmill with the same pragmatical function. Therefore, the summer north-east wind meets the windmill, enters the Narenjestaan courtyard, patrolling among the foliage of evergreens, then enters the interior, proposes the health and well-being of its’ users.

Finished with white concrete-clad(facade), and handmade bricks (interior walls) which have high thermal mass, White Villa borrows these details to reduce its dependence on air conditioning in the summer or heating in the winter. Simple construction methods and close-recycled use of materials throughout the project allowed local builders without specialist knowledge to complete the building with a maximal amount of impact which helped to reduce the overall cost, subsequently created a new architectural benchmark for local architectural typology. 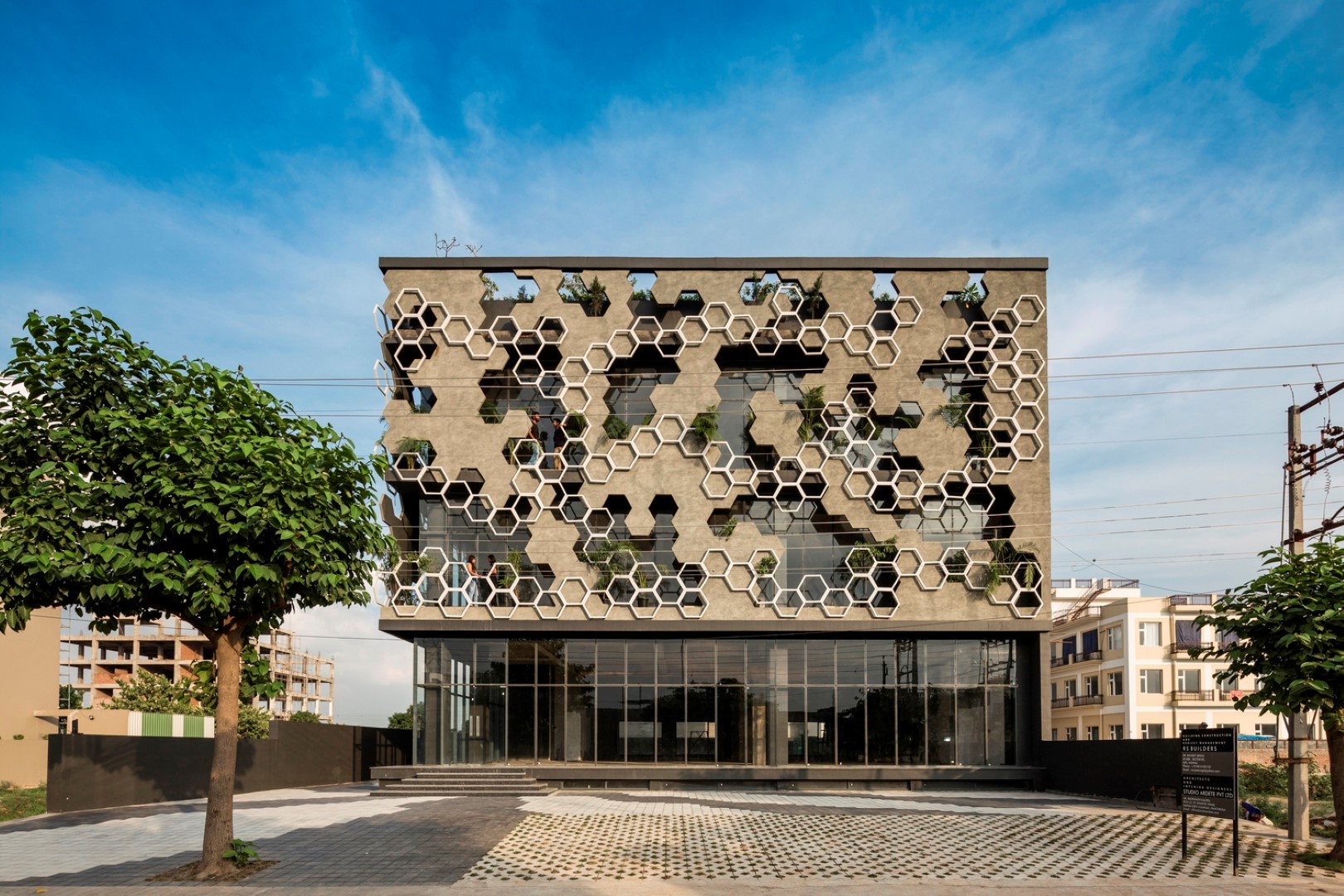 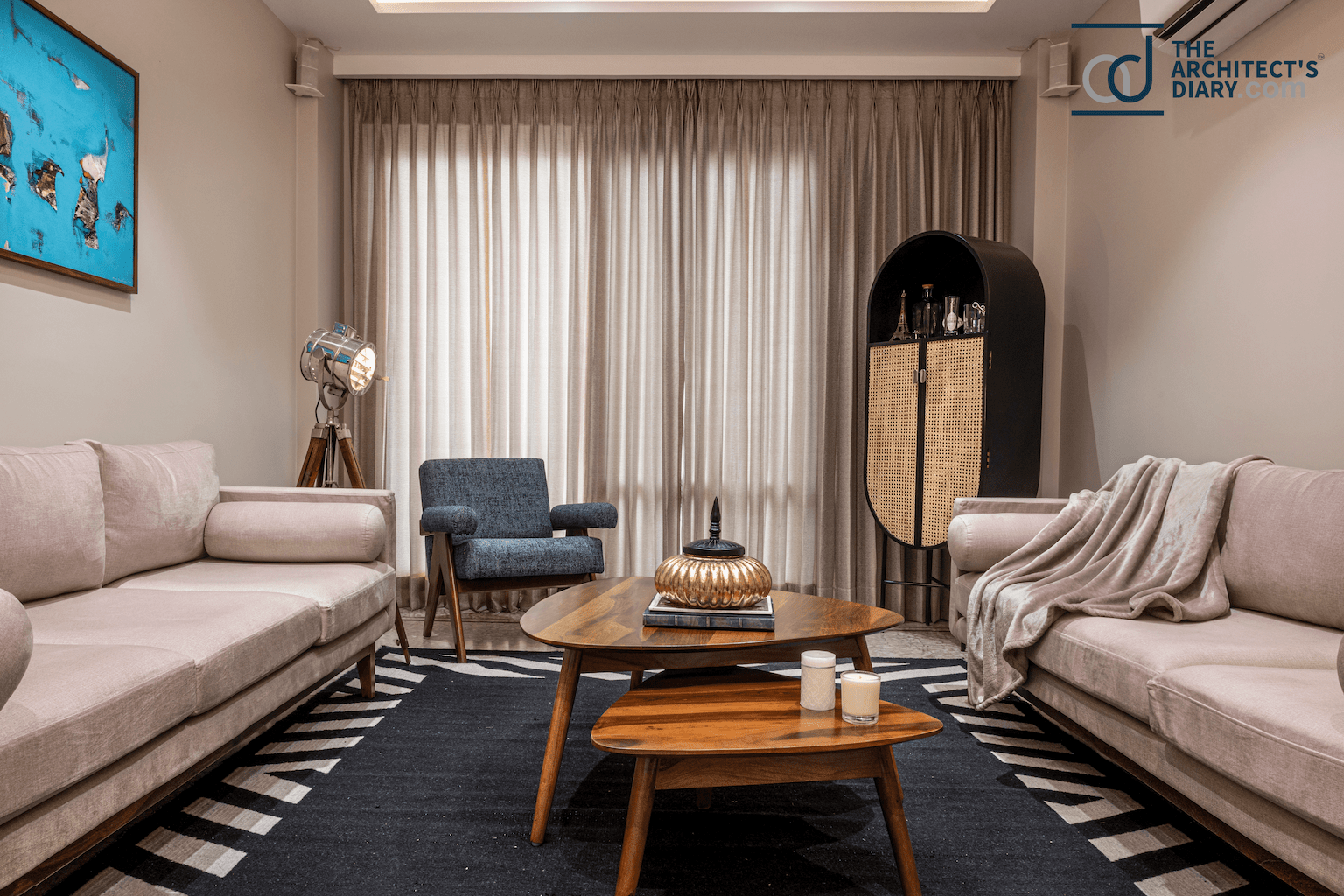 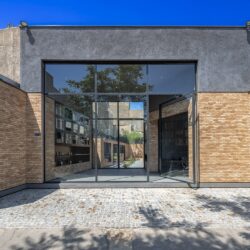 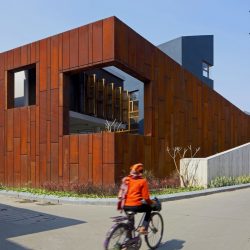 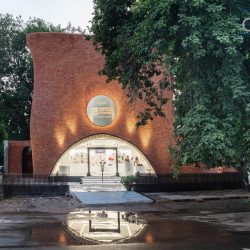 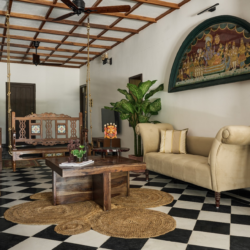