Atithi restaurant is located in the most developed area of Ahmedabad for the last twenty years. “AtithiDevoBhava“, a well-known Sanskrit phrase is rooted in Indian traditions and rituals. It infers that the Guest is like God and should be treated with utmost honor and love.  Gujarati folks are also recognized for their generosity and warm hospitality.

The central idea governing the restaurant’s design was originated from the legacy of the client that is the Patel family who is operating ATITHI and serving the authentic and royal Gujarati Thali for a long time. The design was intended to meet the grandeur of the name ATITHI and the Royal feast of Gujarati thali. So the designer has created an ambiance that reflects a lavish and opulent language by a fusion of typical Gujarati elements along with contemporary arrangements.

Along with the conventional table chair seating an aisle is dedicated for an Indian style dining seating as well. The color palette used is also derived from the fusion of East European style and traditional Gujarati style. The off whites, shades of beige, and the wooden elm browns prominently seen in Gujarati interiors provide warmth to space. The chairs and tables have classical wooden aesthetics. The Royal blue inspired by the Moroccan architecture used at the cash counter and in the upholstery fabric on the chairs poses a strong contrast to the primarily sober color scheme.

The intricate floral patterns in the cash counter, carpets, chairs, and on the false ceiling also shows the Moroccan influence. The treatment on the wall near the Indian seating with blue baroque arched niches follows the same theme.

Conventionally the Gujarati elements are bulky and expensive, but to make it cost-effective and light designers have represented these elements in a modern way. They transformed typical Gujarati Jaalis into MDF cutworks and the arches in the Jharokhas into arches cut in MDF. Machine cut wooden frames are used in the false ceiling. The rectangular false ceiling and the partition with linear grooves in the wood not only provides a bold order to space but also complements to the intricacy of the arches and the carvings.

The simple geometric machine engravings on laminate finish flush doors add to the overall luxurious touch of the restaurant. The concept for the treatment of the entry passage partition is inspired by the natural teak wood Thamblis typically found in the Pols of Gujarat.

The sense of flow and light is enhanced by the linear carpets and grid-patterned false ceiling. A terrific combination of cove lighting and diffused lighting in the false ceiling as well as in the design elements like the MDF arches brings a lot of drama to space. The spotlighting in the arched niches add up to the glamour provided by the reflective golden bowls. Last but not the least the obscenely ornate crystal chandeliers in the center of the grids further accentuate the royalty of the restaurant.

Thus, the fusion of Moroccan and traditional Gujarati design elements proves to be a wonderful blend of old heritage and modern techniques. Space creates a traditional and royal experience for the guests (Atithi) while enjoying the authentic Royal feast of Gujarat.

P Square Designs was founded in 2013, by young duo Maulik & Piyush. We are practicing Interior Designer and amongst the emerging design studios of East Ahmedabad, Gujarat. We have completed more than 200 projects including all nature of Residential, Commercial, Hospitality, and Medical Portfolios. We practice a blend of Luxury and classical interior designing in addition to modern idea implementation. 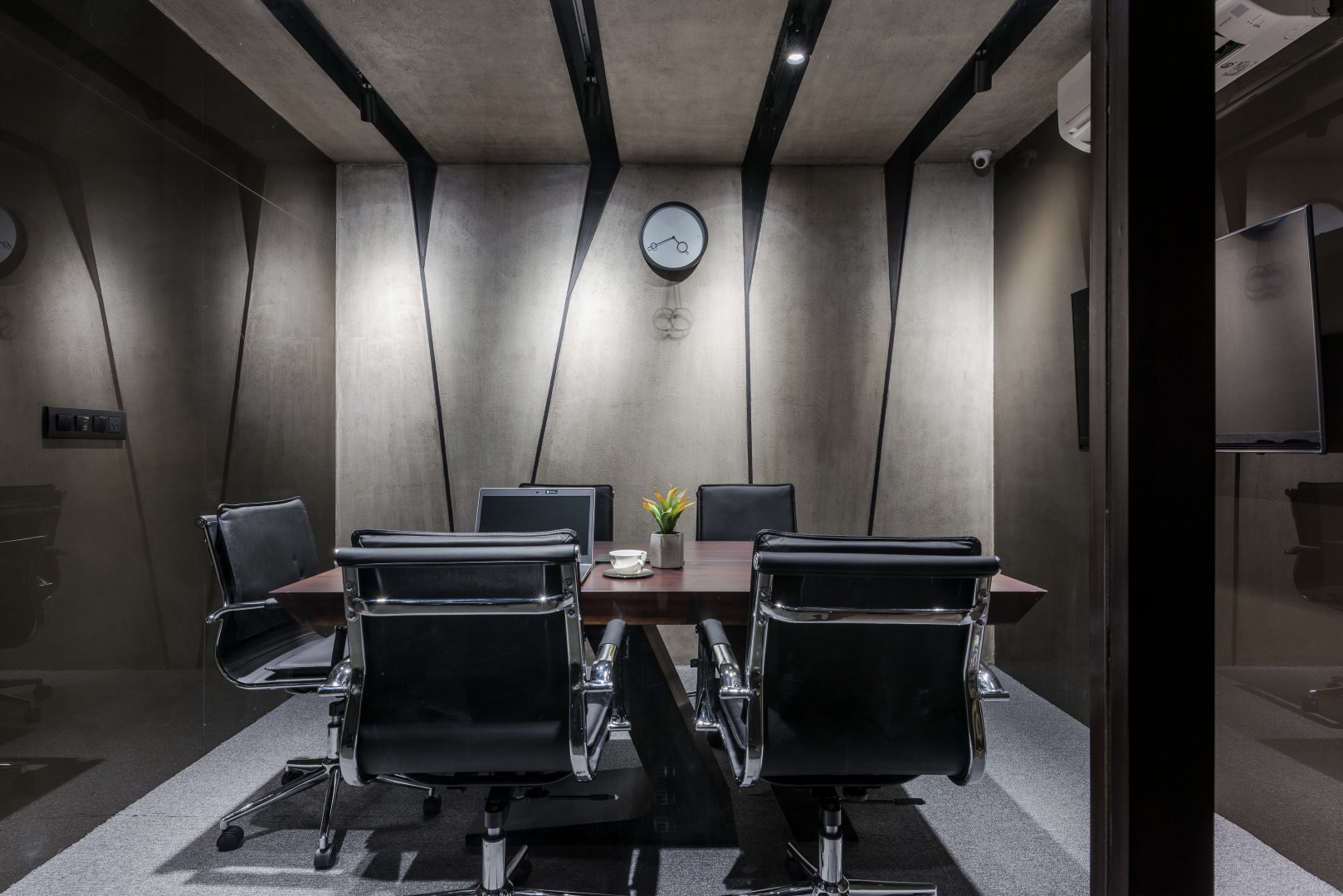 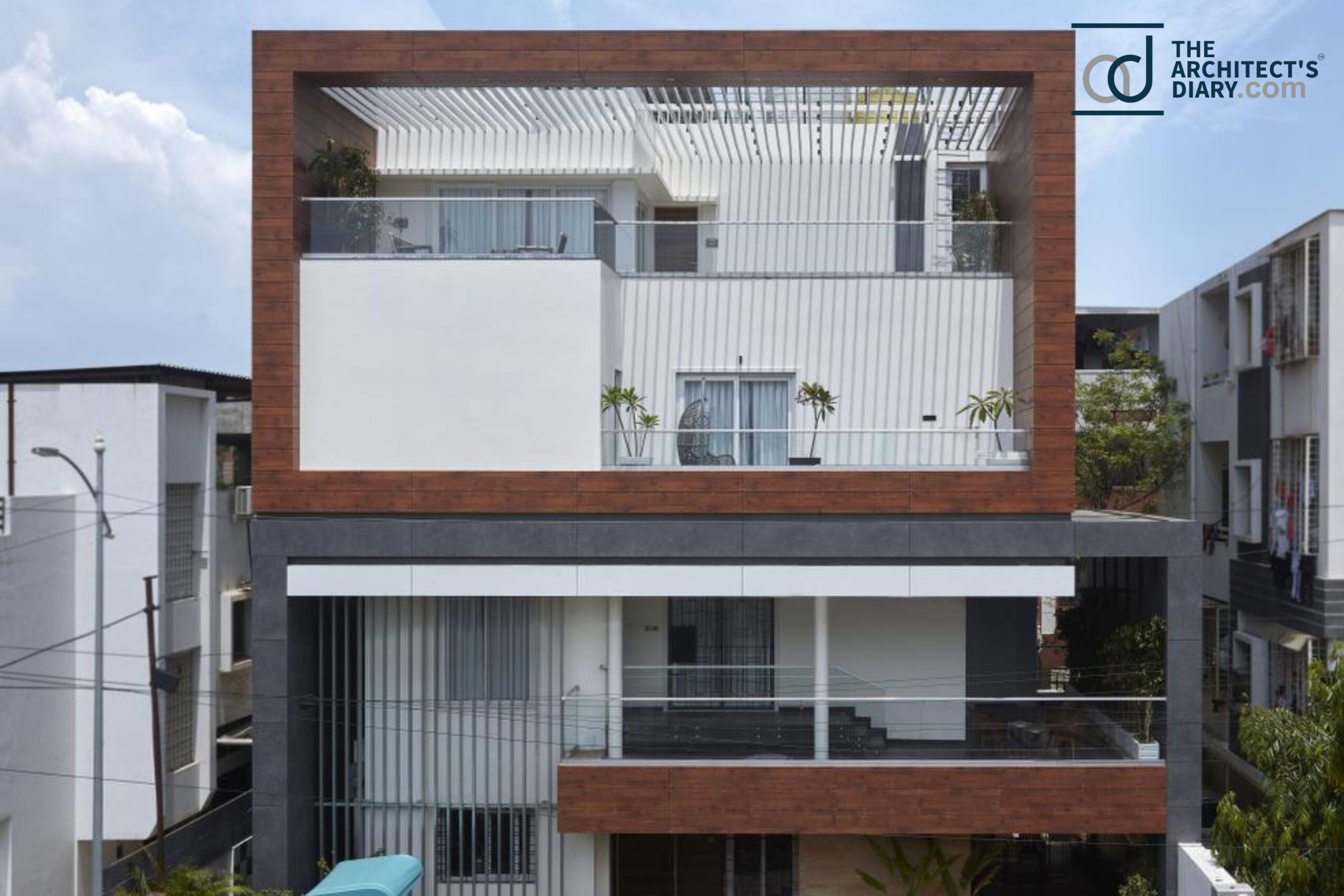 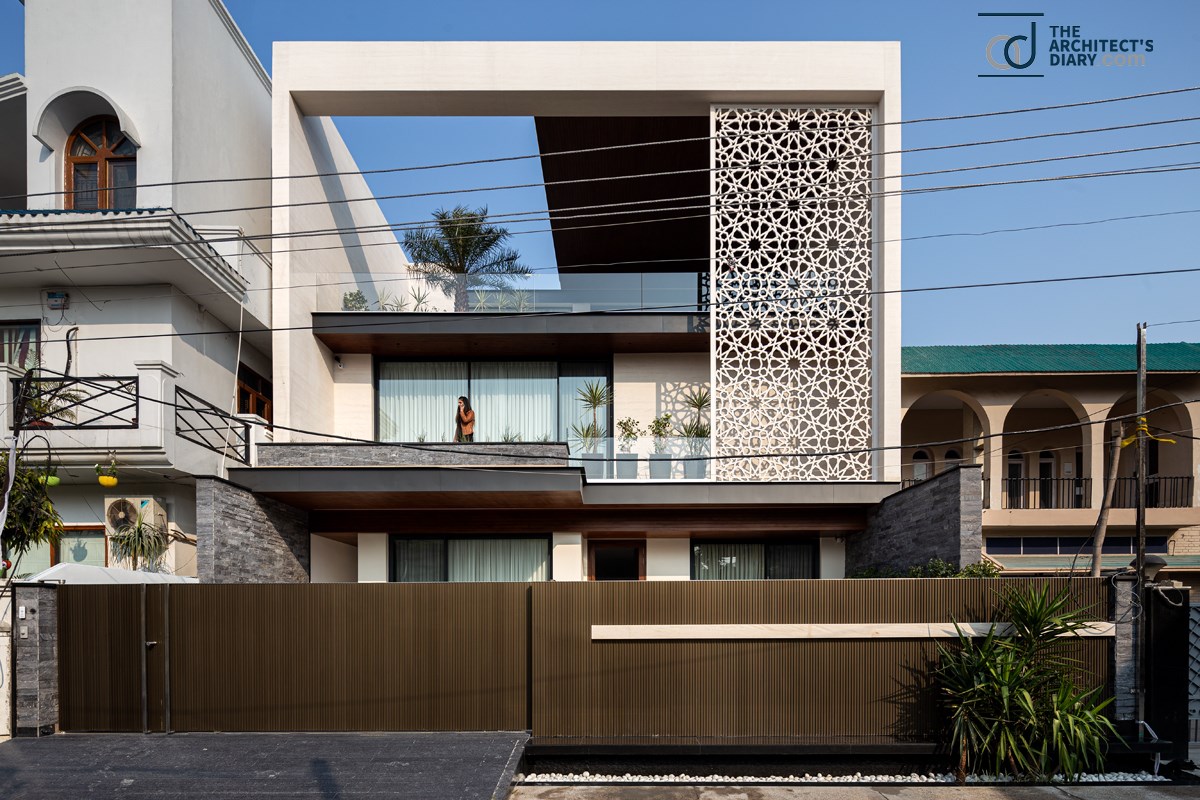 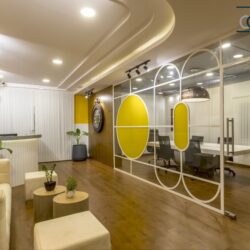 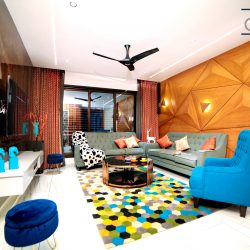