The brick house was much inspired by works of Laurie baker and Nari Gandhi Designed by I studio architecture. The spaces were designed in such a way that every of the room connects to the central open courtyard. beautiful play of jallis and arched openings allow light and the wind to penetrate inside. The entire house gives an earthy feel while also contributed to the low cost of the project.

The Brick House is located in rural areas of Mumbai.The composition of Brick grid and use of traditional material sets a example of vernilcuar architecture. the non-linear form of the building adds to the whole look and feel of the House.

Each space flows into another along curved lines, leading into a seamless space held by the central courtyard. The observer begins his journey along the curved jali brick wall offering tantalizing glimpses of the interior, thus drawing him into dramatic compositions of light and shadows.

The stark contrast of a stone entrance wall against the exposed brick work lends itself to the realization of texture of both materials. As one enters into the structure, one is greeted by the soft sunlight falling to the central body of water and the coolness within the structure. The interior space is dominated by the two huge arches of brick and stone, opening to vistas of farms and hills. The furniture seems to rise and fall from the walls or floor dramatically leading one’s eyes to play of materials against each other.

Zoning of activities responding to the climatic conditions and views was acheived with the use of levels leading to a single yet distinct living room, kitchen and dining. This practice is an unusual one for an Indian household yet due to its location, the kitchen becomes the centre of the household. The levels further continue as a stone staircase onto the onto the upper private bedroom, connected by an open terrace. The built mass of the first floor bedroom provides shade in the courtyard due to its south-west position, thus keeping the central water body cool.

The House is constructed using brick in its naked form, giving an earthy feel to the built up space. The positions and sizes of the openings within the house are dictated by climatology, ensuring natural light, cross ventilation and passive cooling.

The initial lot of quality bricks was called from the neighbouring state of Gujarat, and then we discovered a local brick kiln providing well-finished good quality bricks. Taking inspiration from architect Laurie Baker, we used techniques like rat-trap bonds for brickwork, filler slabs, brick jalis and built-in furniture. The rat-trap bond for brickwork helped in reducing the amount of material, provided natural insulation and provided for readymade conduiting for electrical work. The depth of the wall remained the 9″ since the brick is placed on its 3″ facia instead of the usual 4″ facia. The brick arches allowed for large openings , which blended into the circular planning of the structure. Strategic use of jalis allowed for cross ventilation without providing for a window or glass shutters. This technique has been adopted from the local age-old custom of using jalis or small openings. These proved low cost and eco-friendly technologies, allowing this 2500 sq ft structure to be constructed in low budget due to reduced requirement of steel, cement & bricks, use of locally available material and the rejection of unnecessary practices (like plastering). 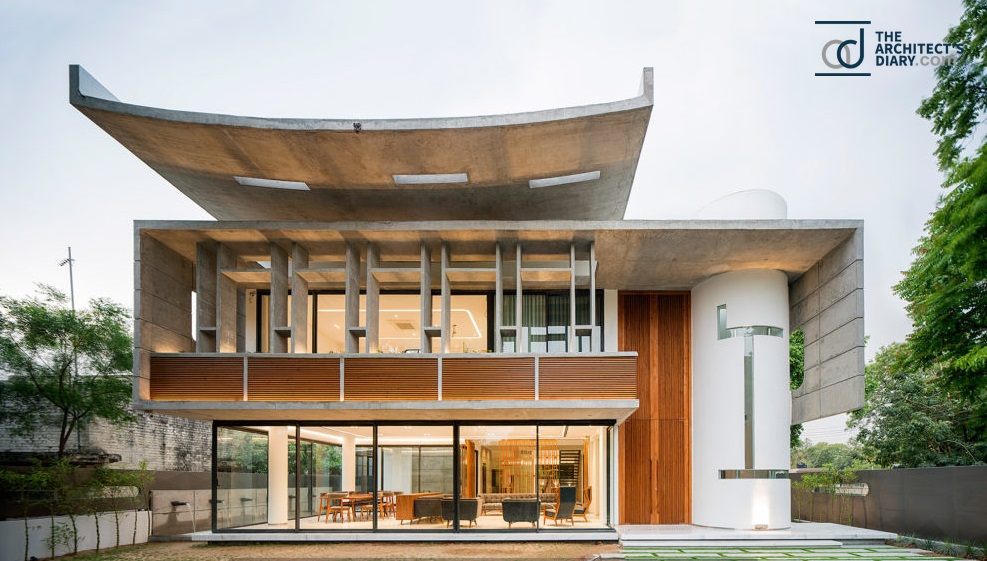 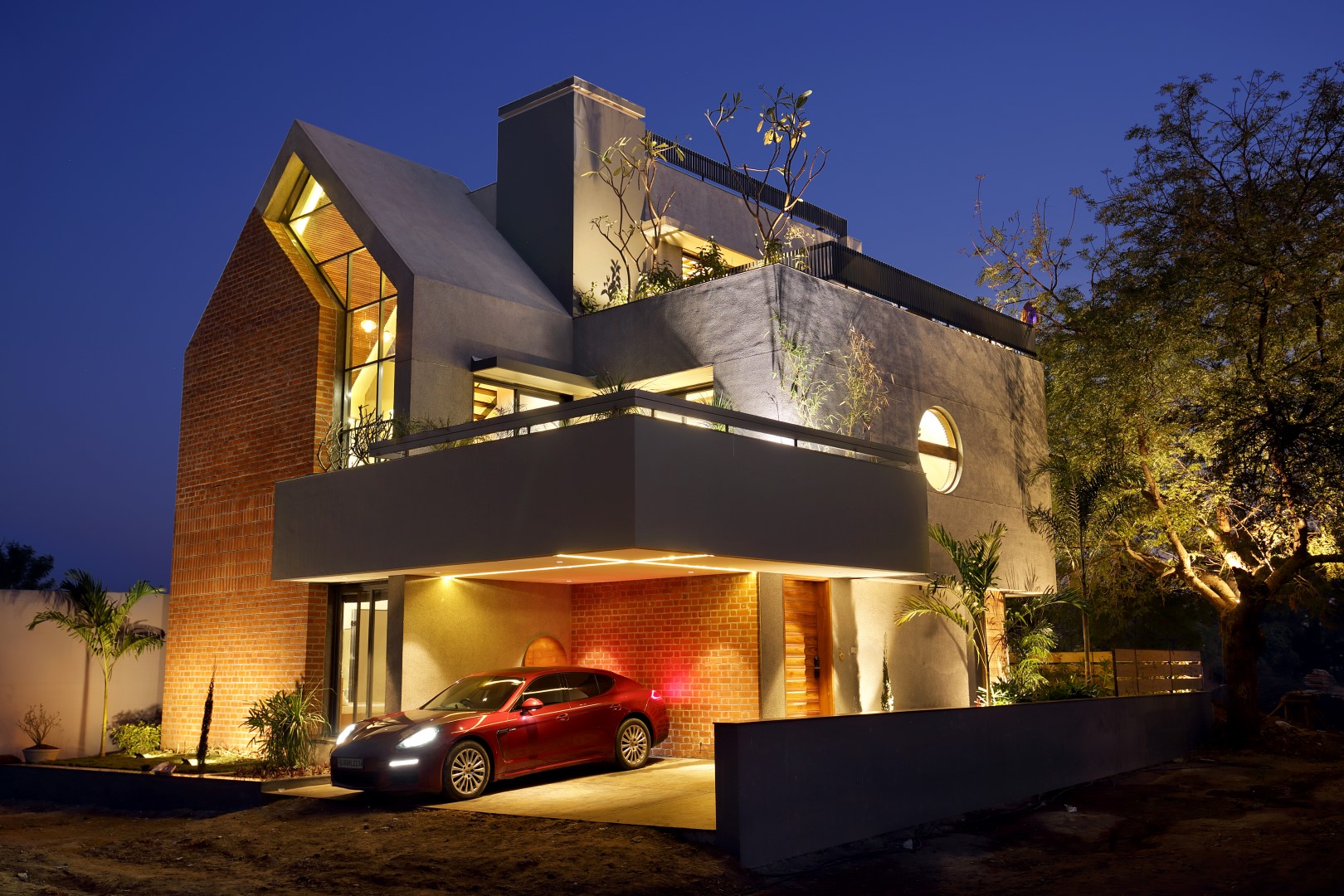 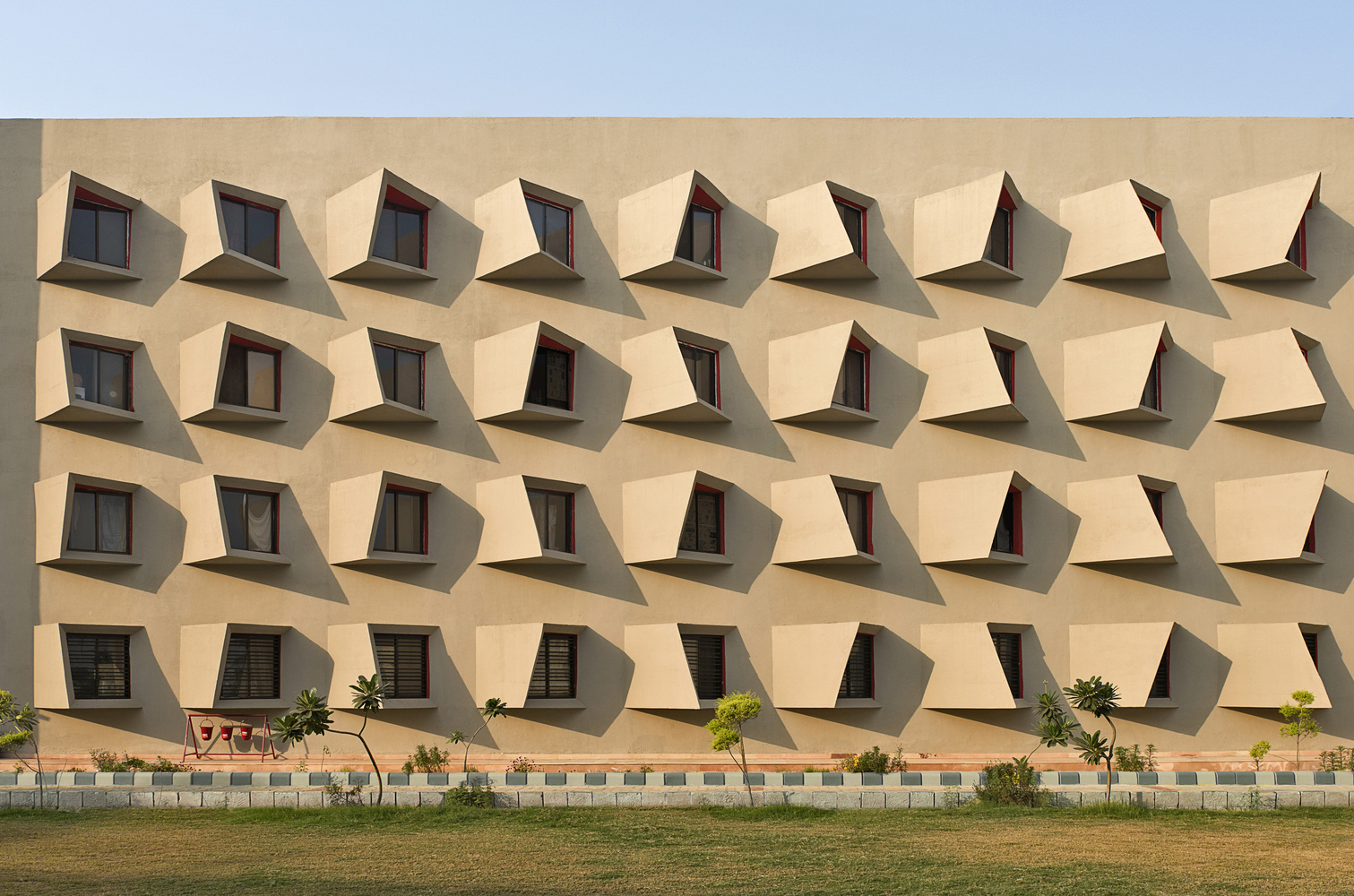 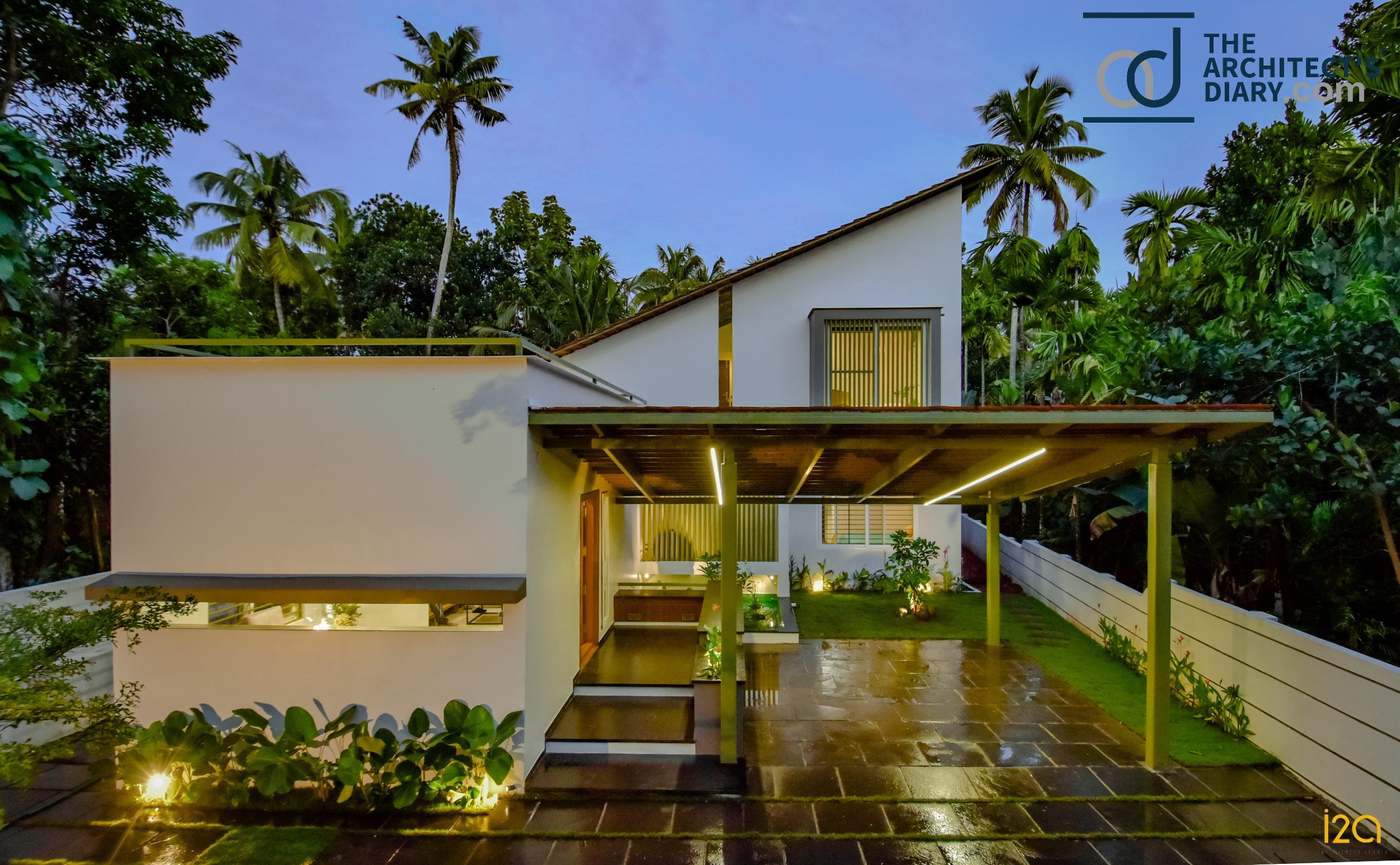 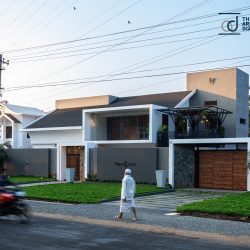 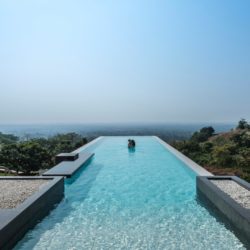 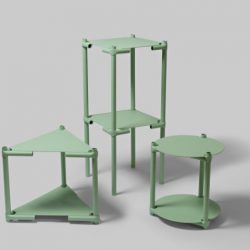 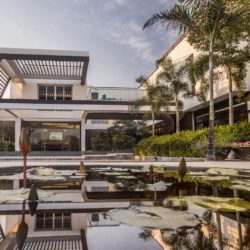