A zest for working with materials charged with positivity and spirit of the universe in consonance (harmony) culminating into a solution which was powerfully simple.

The main challenge of this project – a 2,700-square-foot space that had to be made into a restaurant with a thoughtful blend of the old-world and the contemporary – was its low budget.

On one hand was the need for glamour, luxury and comfort – the mainstays of fine-dining cuisine establishments that are so crucial in communicating the fineness of its calibre – and on the other, was the fact that space was much larger than the budget.

The short turnaround time – 45 days to be precise – added to the complexity of the task. The architects resolved to meet this challenge with tremendous positive energy, and that’s what drove them to choose natural and earthy materials which are charged with the energy and the spirit of the universe. 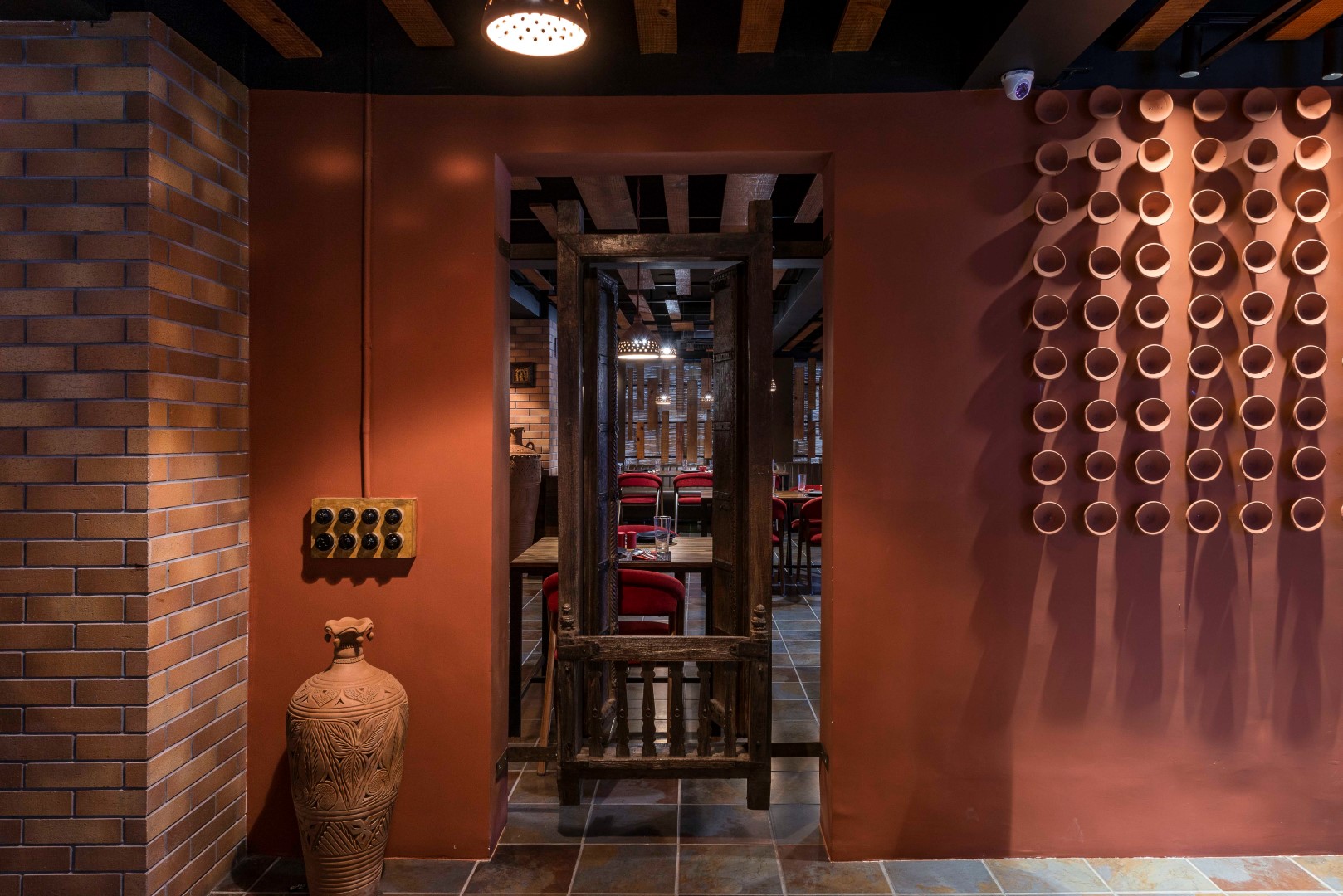 The thought processes, then, were directed to affordable,rooted-to-the-earth, organic materials, and thereon to clay: soft, malleable and mouldable. 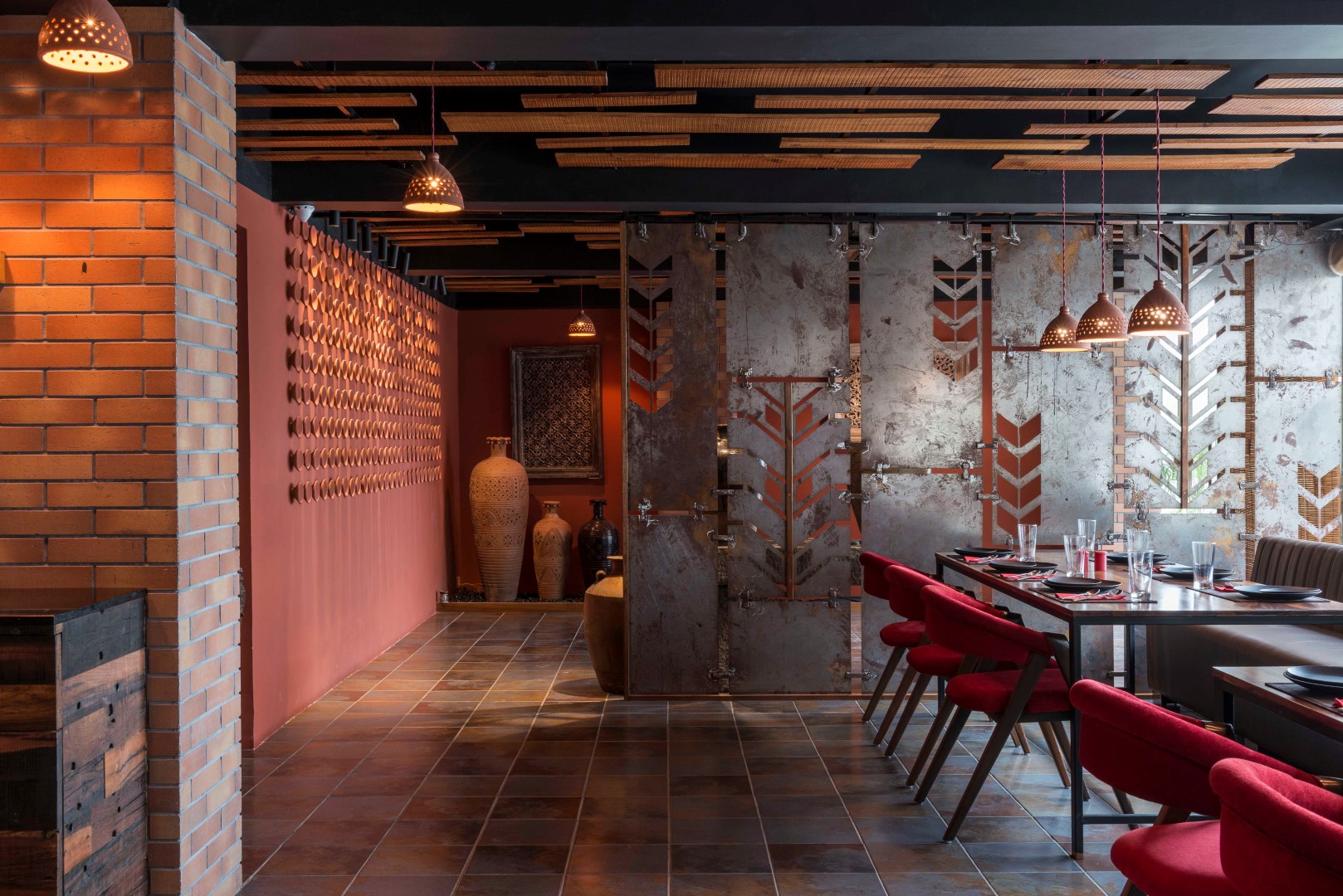 Terracotta, the name suggested by the architect in congruation of the materials chosen by him, also echoes the suppleness and tactility of the design thought process.

The overall feel of the space is seamless as there are minimal barriers that exploit the idea of the Indian jaali: thin 2-mm Corten steel laser-cut screens create visually semi-permeable partitions that connect and delineate spaces at once. Rather than a flat, nondescript lighting, the strategy here embraces techniques that create mystery and intrigue, with the play of shadow and light –or light and spaces created due to the absence of light – creating an energy that uplifts the entire mood. 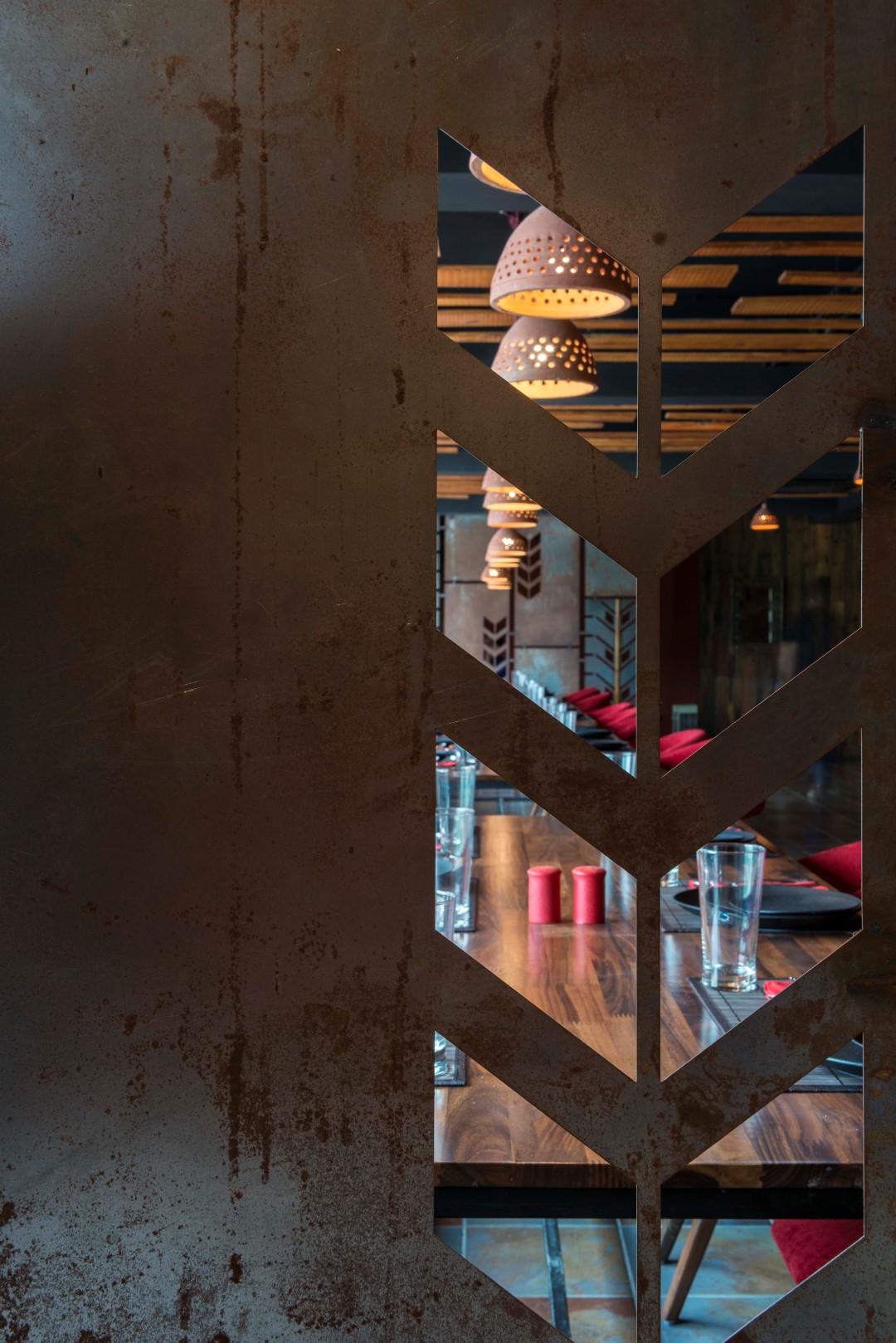 Imaginative and subtle play of lamps and wall-washed lighting achieve subliminal partitioning of space without the aid of actual physical contrivances.

Soft pools of light from perforated terracotta pendants (echoes, again, of the jaali concept) over individual tables engender a feeling of intimacy and seclusion, while the rest of the space stays immersed in soothing semi-illumination. Specially designed low budget lamps incorporated with LEDs and black stickers to reduce the lumen as per the requirements achieve the aura envisioned. 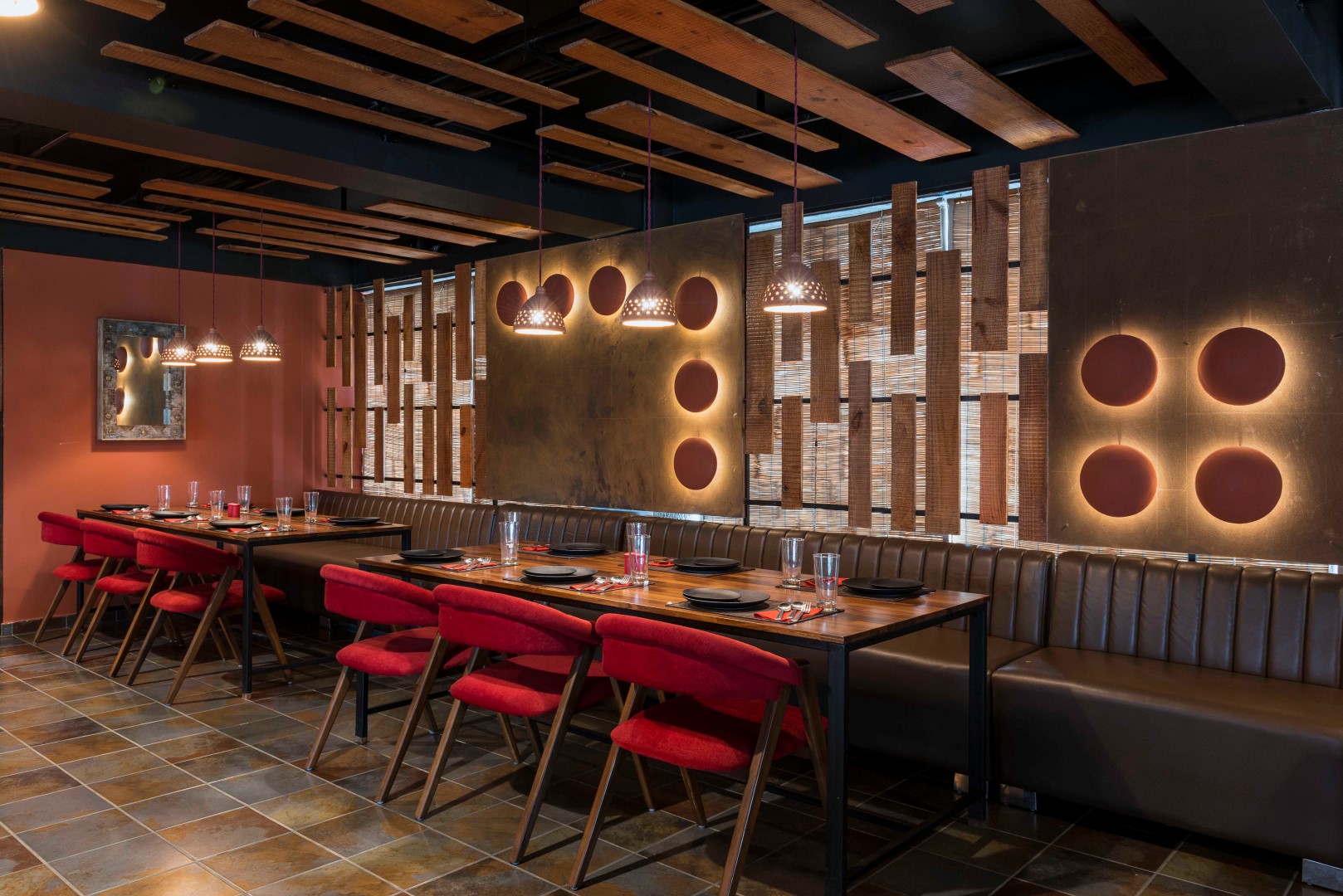 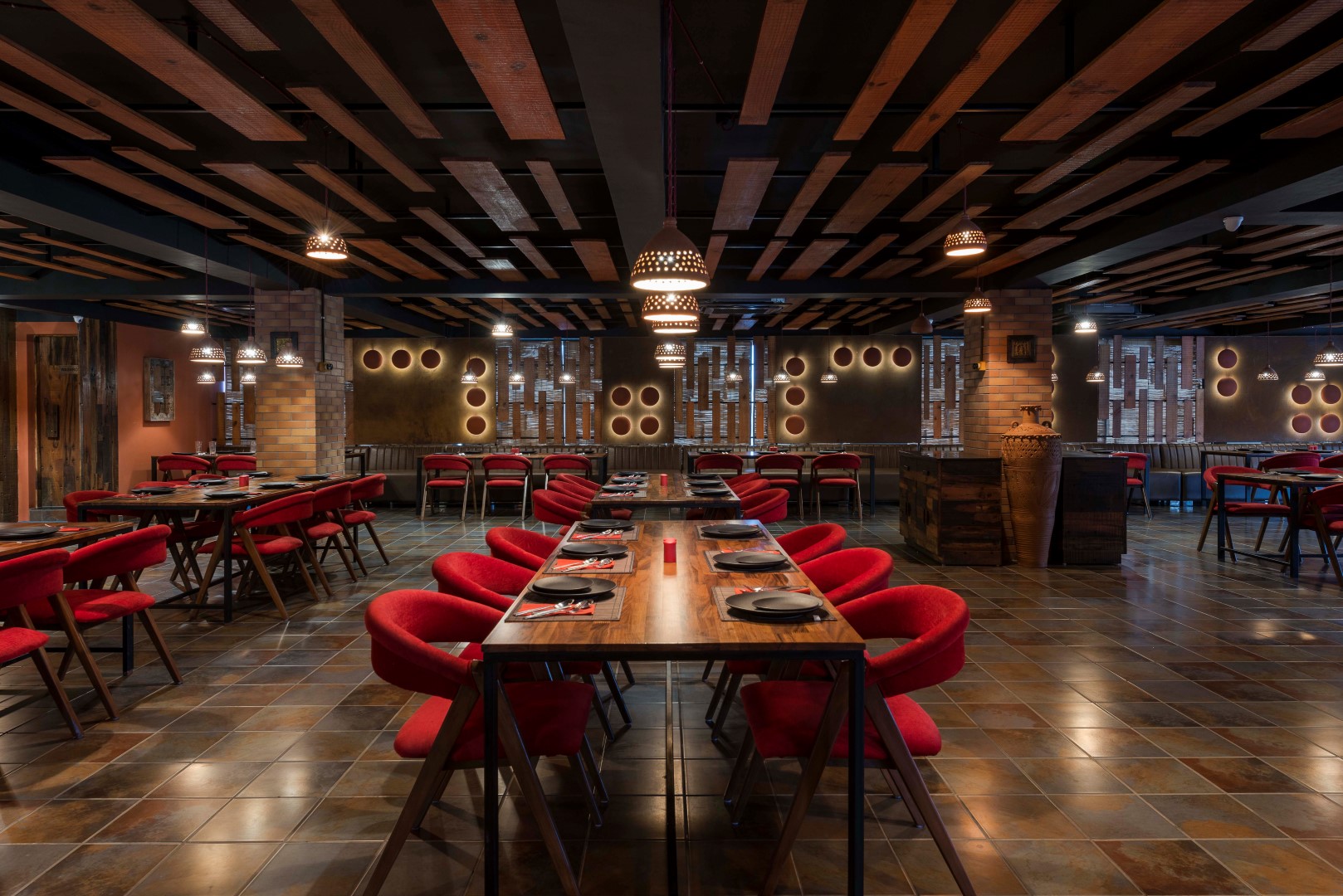 Ethnic, old-world elements overlaid on an essentially contemporary, clean-lined base effectively achieves the desired fusion of modernity and medieval India, resulting in a heightened aesthetic and experiential quality.

Nearby is an old-fashioned stone table holding water vessels, a subtle reference to the ability of this unassuming material – clay – to be interpreted in myriad ways. This composition comes to life due to the play of light and the ceiling-hung Corten steel screen behind. Another design highlight is the wall panelling (made of terracotta) which looks upturned pans (tavas), lit from behind so that the concentration in on the light and not its source.

This creates an exquisite feeling of restfulness as a precursor to a culinary journey. The frames on the wall and the jharokha (a recycled medieval door) overlooking through the passage into the vast expanse of the space, add more vignettes of times bygone. 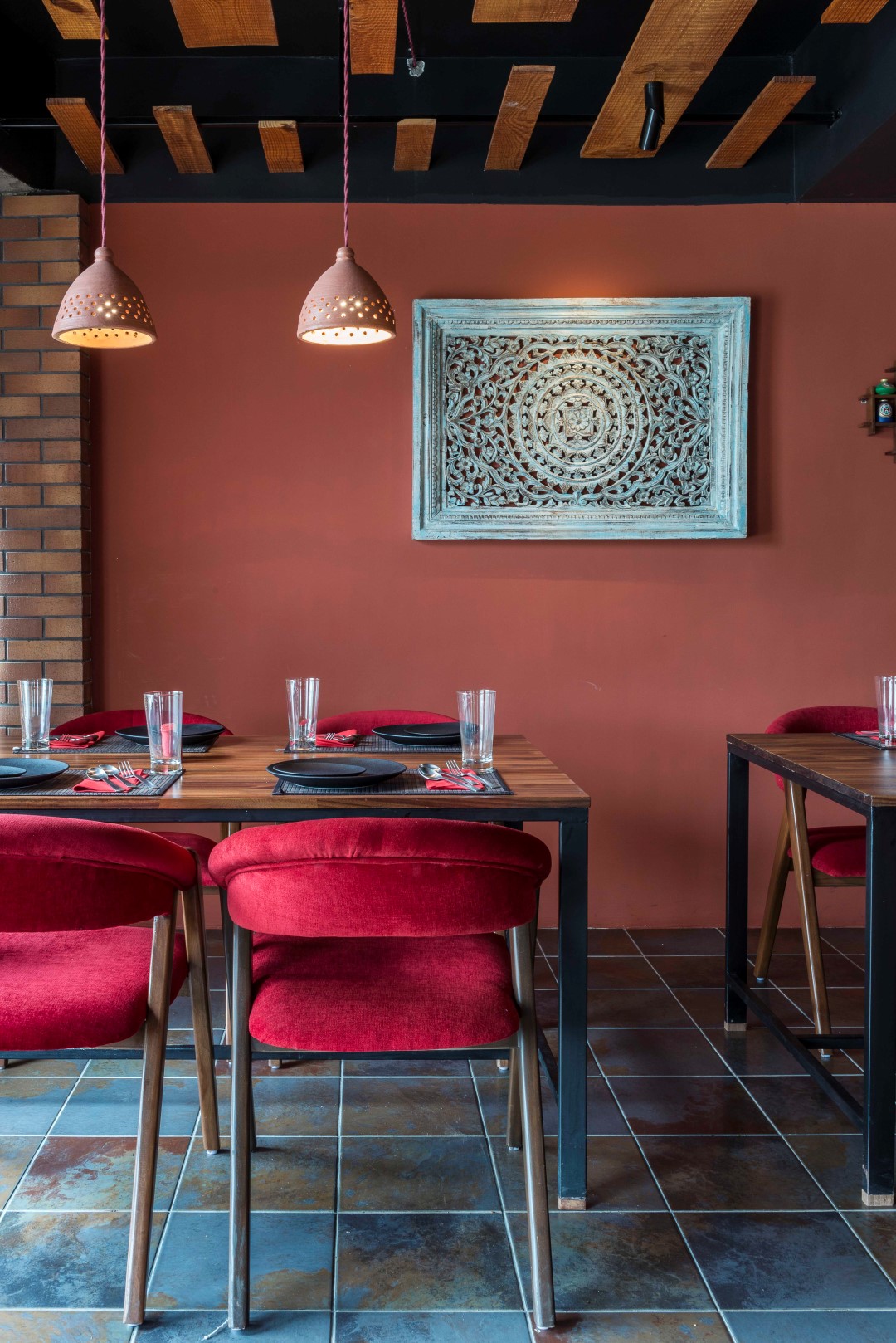 The palette is naturally ruled by the material that has given this restaurant its name.

Unglazed earthenware makes its appearance as lamps, pottery and installations. Walls and columns feature fired bricks, while floors are lined with burnt sienna-grey rustic ceramic tiles, which are analogous to the natural weathering of the Corten steel screens.

The low ceiling has been partially covered with timber panels of recycled wood to camouflage the AC and electrical conduits, besides creating visual grandeur. The same material, as finger-jointed batons, creates tops for all tables, whose frames are rendered from recycled MS. Wood also makes an appearance as panelling and detailing of the windows.

All painted surfaces feature water-based non-toxic environment-friendly paint. The largely earthy colour scheme is punctuated by wall expanses painted in red ochre and bright red upholstery of the chairs. The green plants around the exterior added to the green and natural pursuit to complete the inspiration and the key element of the project (organic). 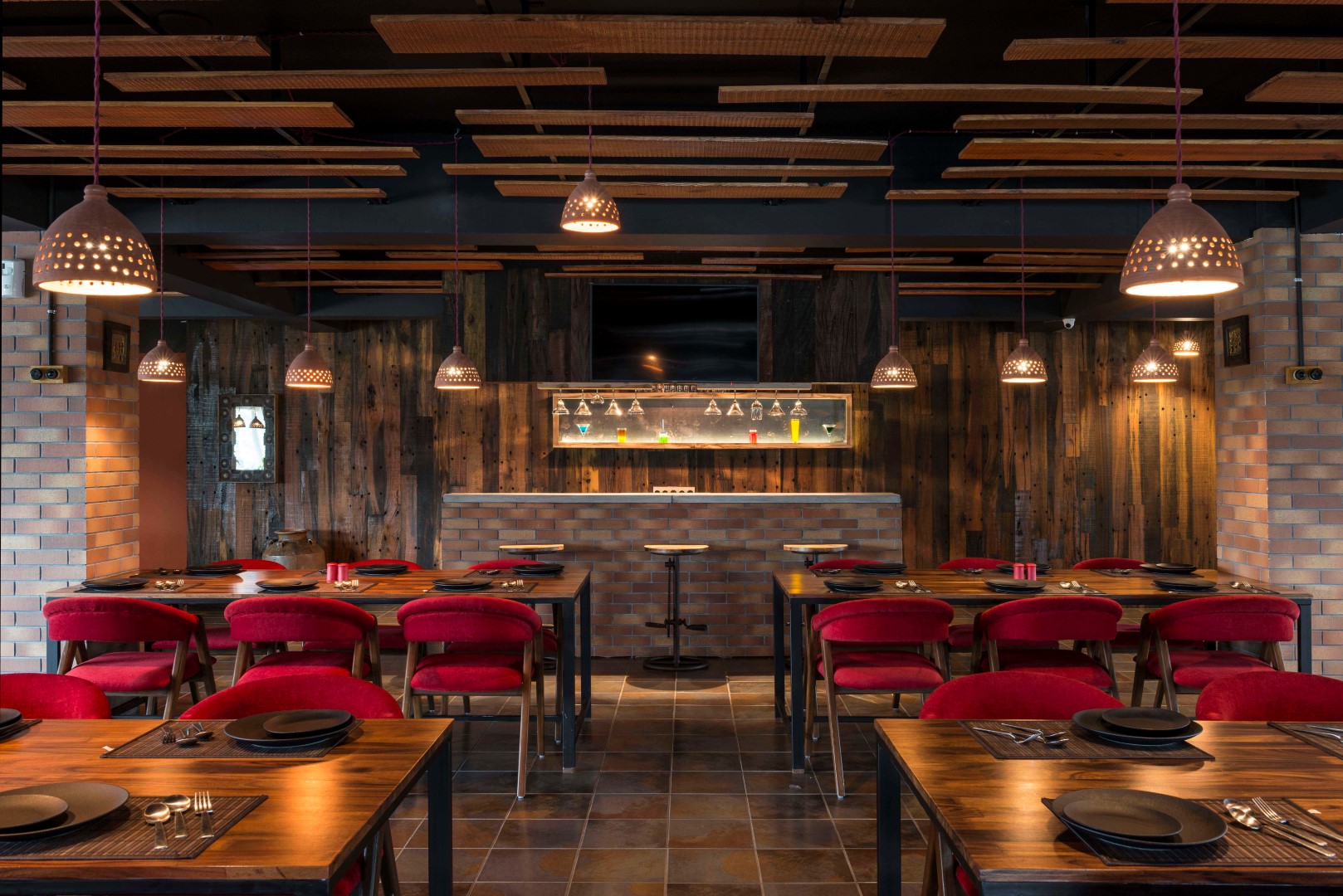 The easy productive movement for all services is achieved very naturally because of effective space planning. The central mocktail island is efficaciously placed. The restaurant zone is free from the service pathway. All service including the restroom and kitchen and banquet access are artfully planned so as not to disturb the food sector. 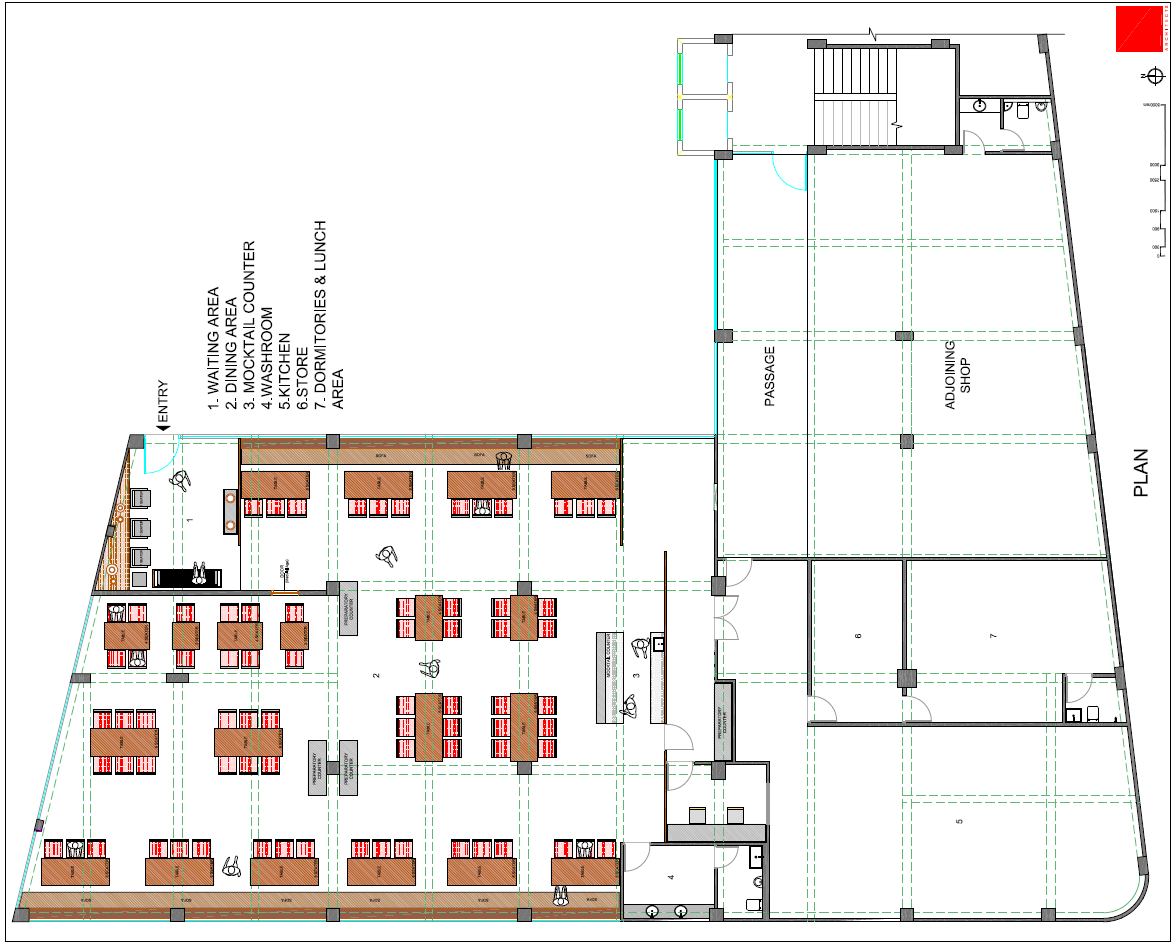 The coming together of all elements – materials, craftsmen, the way the layout has been resolved — has resulted into an ideal of spaces, culminating into a visual statement. This project ostensibly had several odds stacked against it. There were limits to the budget; constraints of time; the requirements of luxe, style, glamour… But positivity, being rooted to the earth and working with materials that resonate with the spirit of the universe, have dovetailed into a programme that triumphs over these challenges. 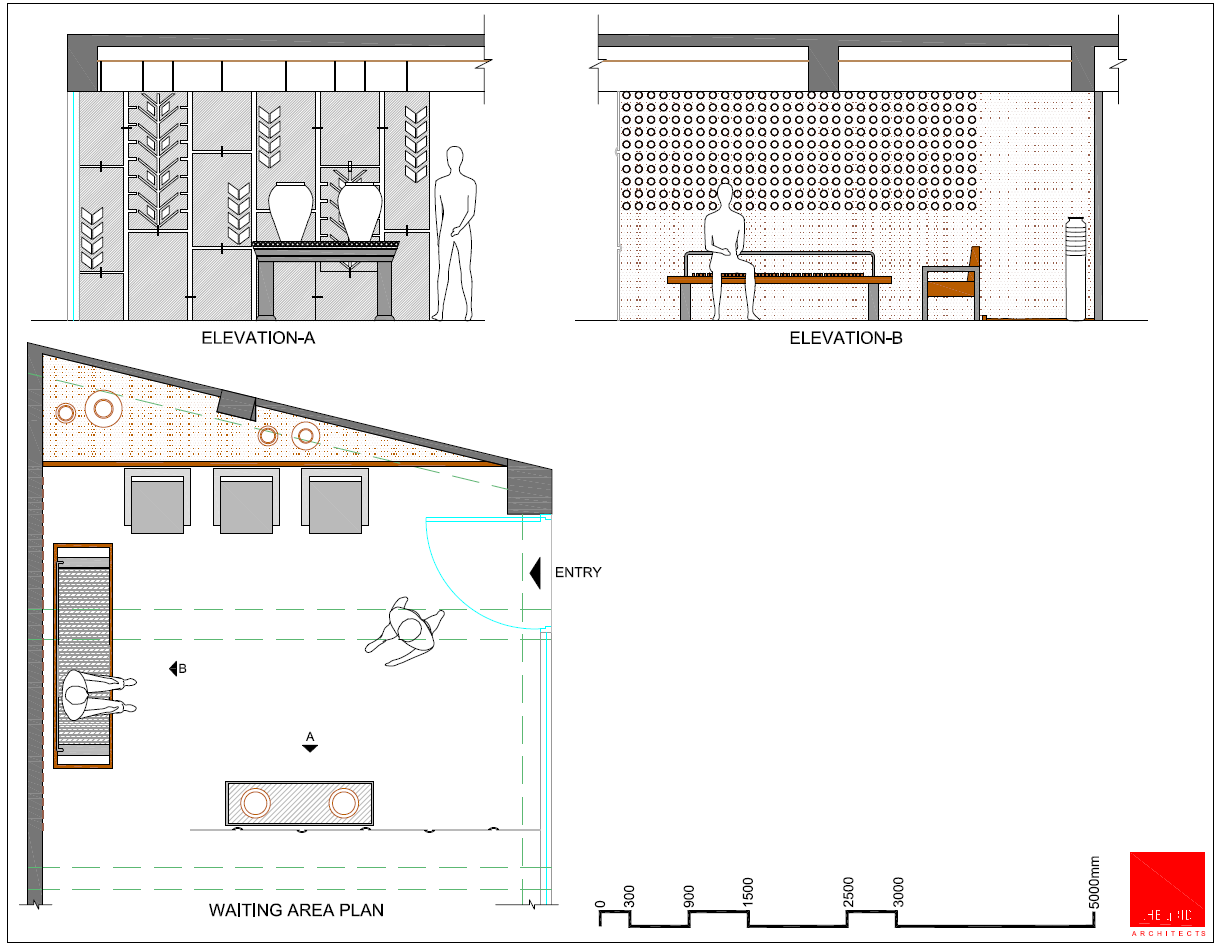 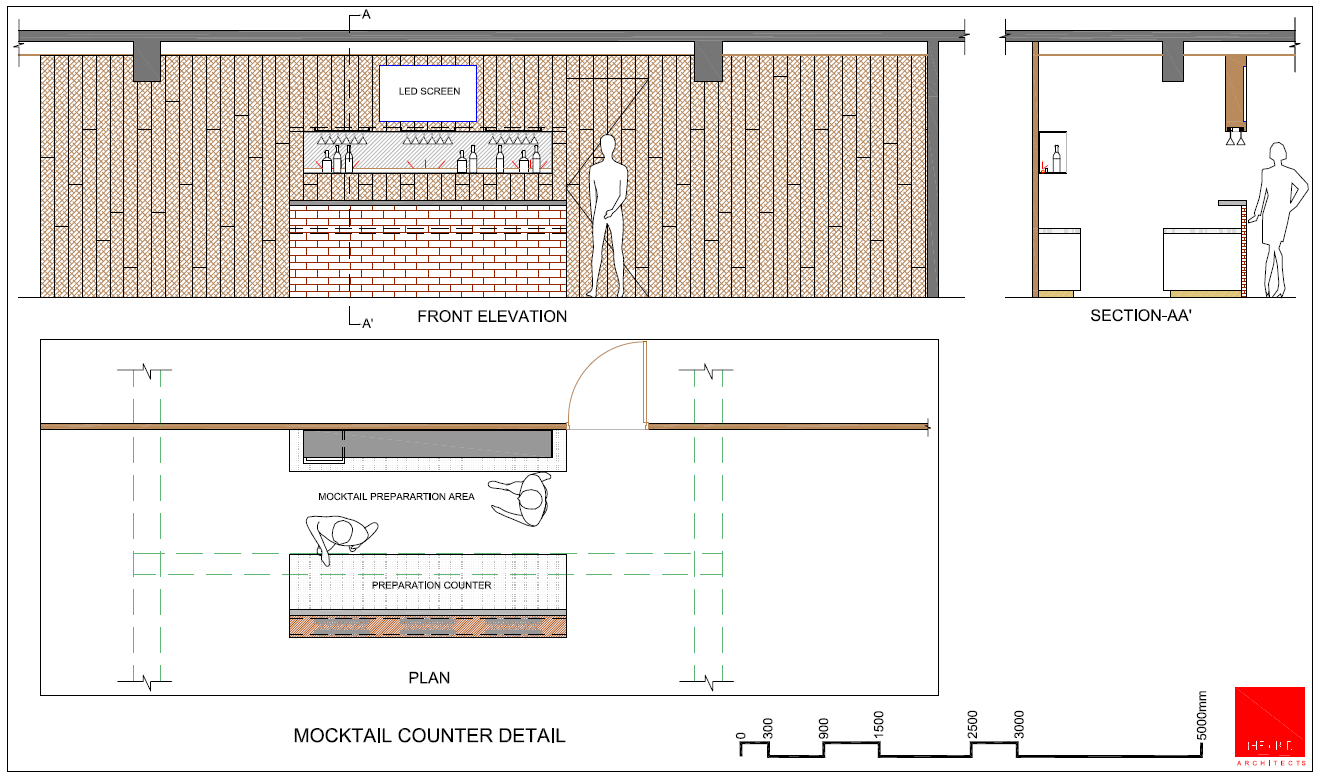 Recycled wood for the ceiling, panels and tables

Manpower (craftsmen and labour) and materials sourced from within 50 km

Green plants around the restaurant 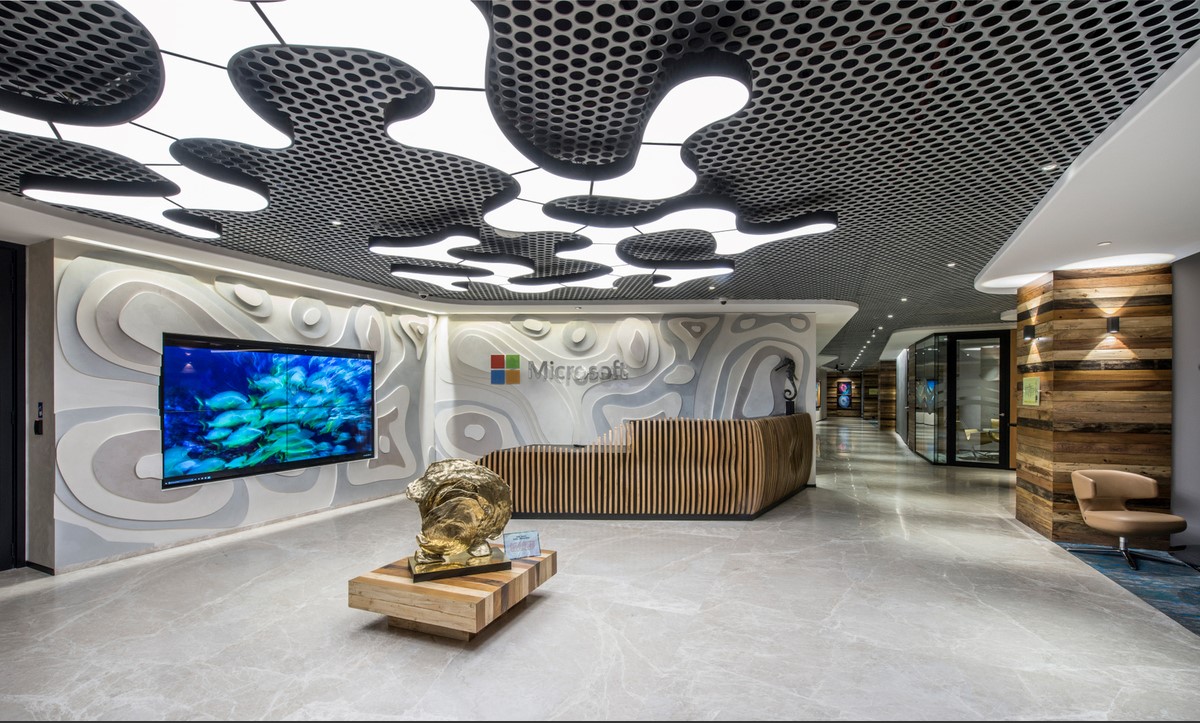 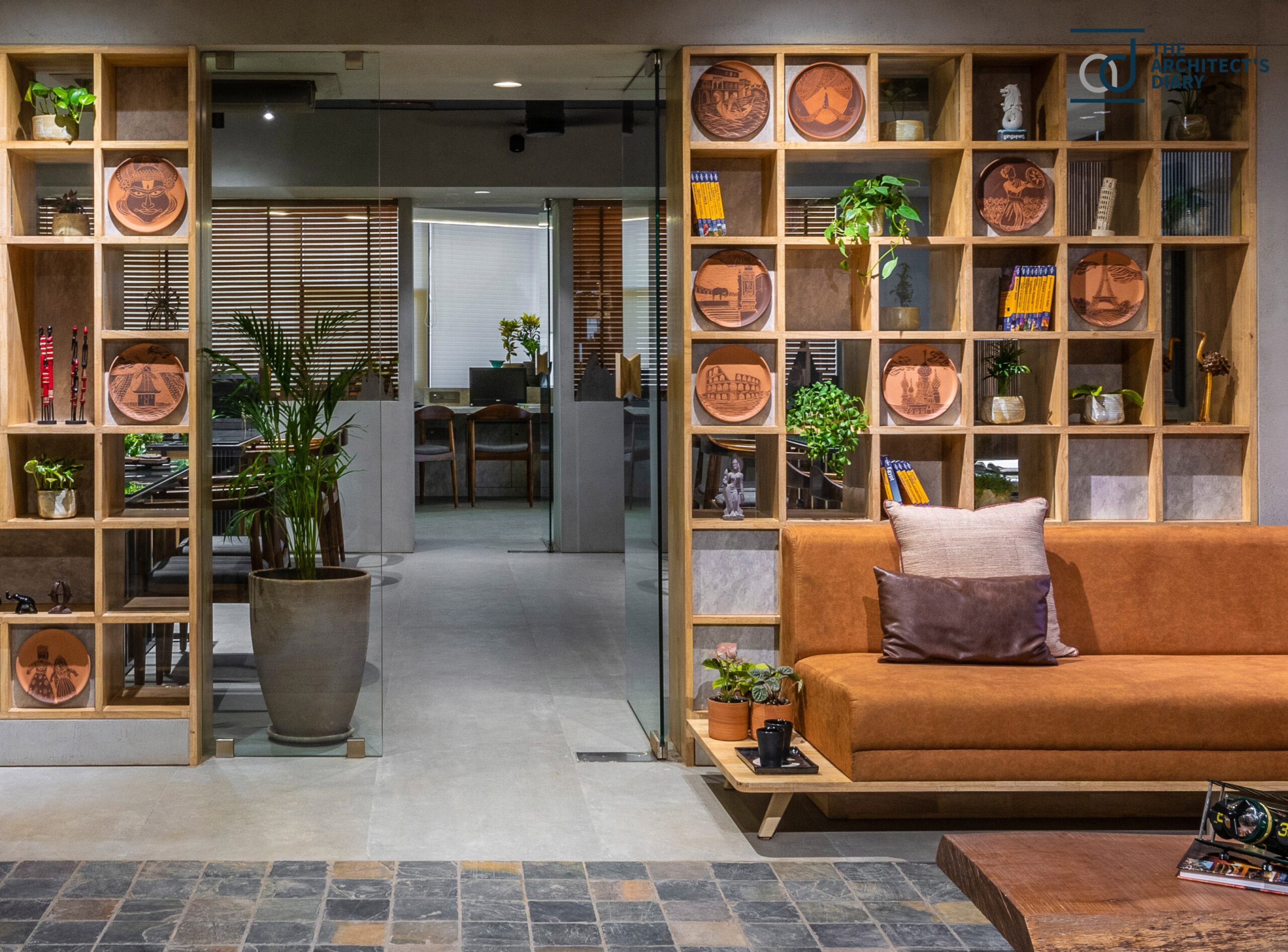 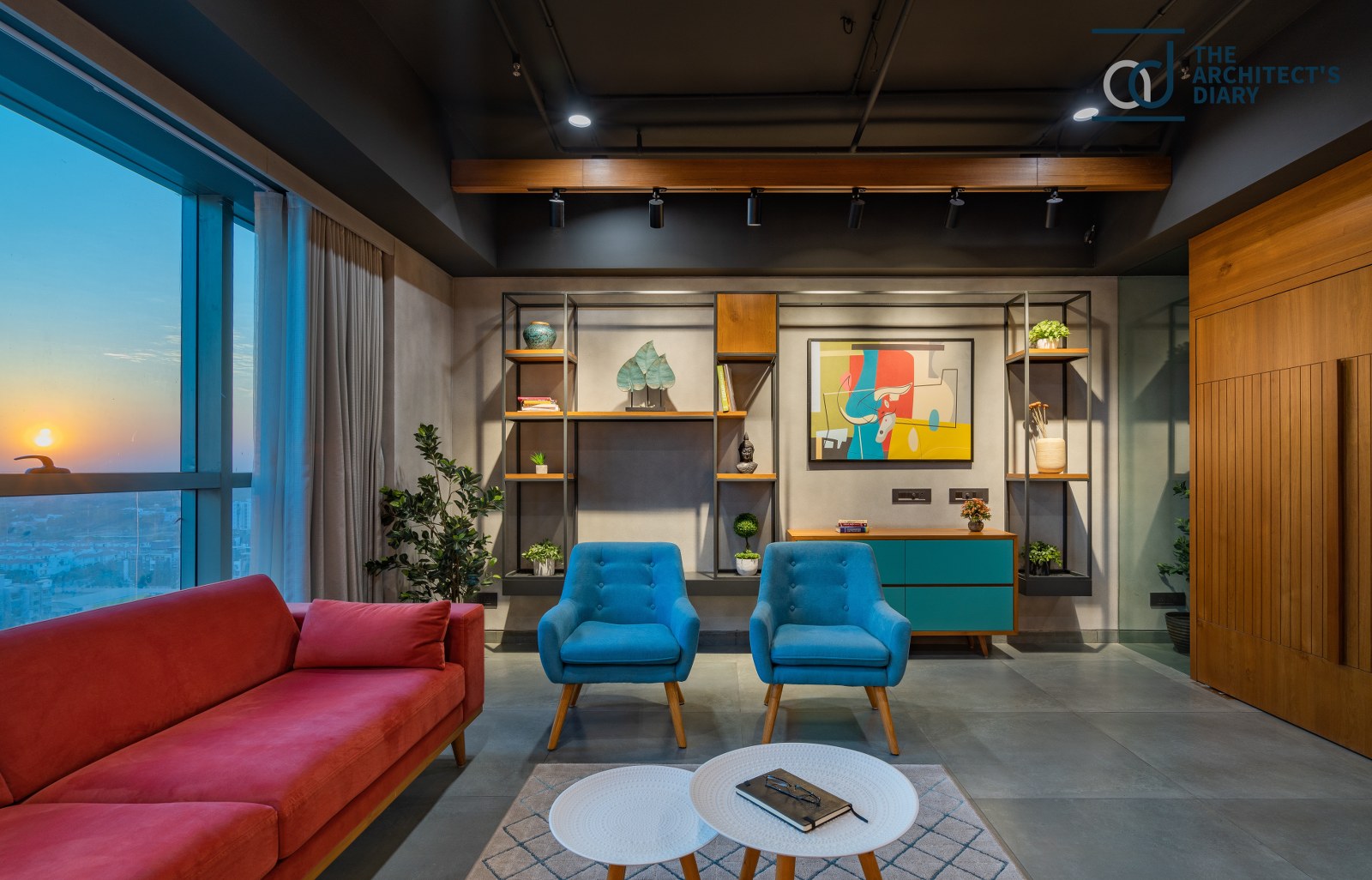 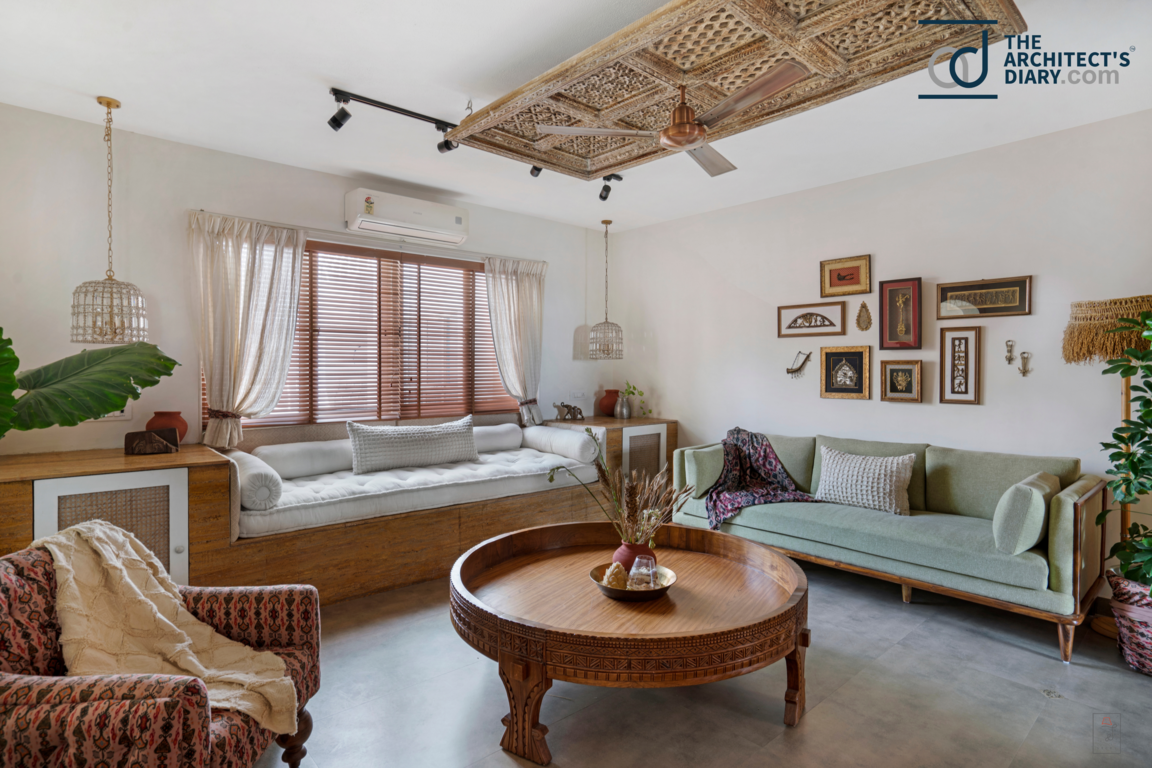 A Poetic Narrative of Art and Spatial Design | The Concreate Story 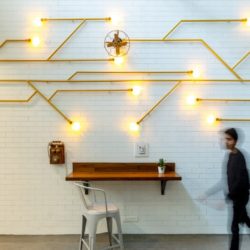 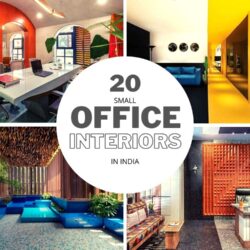 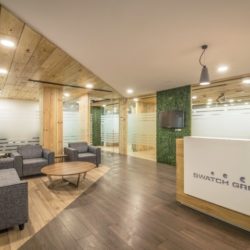 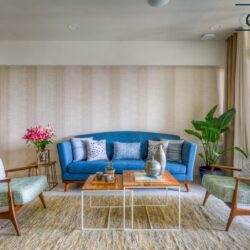 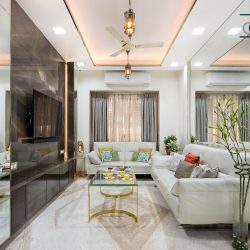